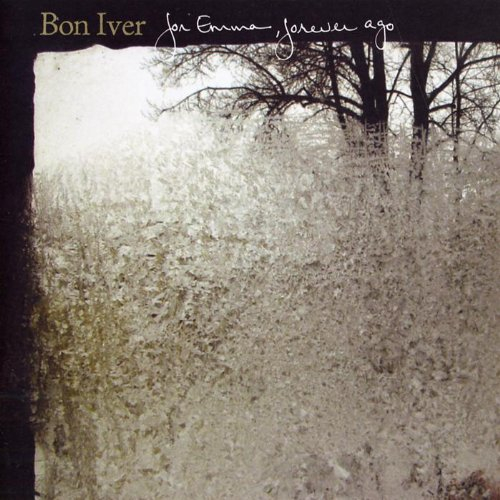 It's hard to believe that For Emma, Forever Ago is the work of one man. But when Justin Vernon's old band split he hauled himself (and presumably plenty of instruments and recording equipment) to his dad's hunting cabin in the woods of Wisconsin for the coldest season and worked through his issues in musical form. (The name comes from the French for "good winter"--"bon hiver"). By the start of the spring thaw he had recorded the bulk of this stunning debut, originally self-issued to acclaim last year in the USA and now picked up for a British release. Vernon's voice grabs the ear from the start, switching easily into a smooth falsetto (and unusually for a white indie lad, without the slightest intent of emulating Prince). The formula is straightforward. He layers his vocal harmonies, while a gently strummed acoustic rhythm guitar just about holds the centre. All else from horns to slide guitar is mere detail. The quality is rough and ready but the effect is strangely similar though to the slick vocal confections of European women like Bjork and Camille, all mystery and distance. It's the musical equivalent of reading someone else's diary. In code. Through a dirty window. Enigmatic songs like the elegantly stumbling "Creature Fear" with its rowdy horn parts, the resolute opener "Flume" and the evanescent "Team" are just so pretty they seem to glide by without leaving a mark in the snow. Vernon is apparently a straightforward and friendly guy, but For Emma, Forever Ago genuinely sounds like something from a far off place. --Steve Jelbert
-- Amazon.co.uk Review
PostTweetShare Share with WhatsApp Share with Messenger
Community Updates
Amazon DealsAmazon discount code
If you click through or buy, retailers may pay hotukdeals some money, but this never affects which deals get posted. Find more info in our FAQs and About Us page.
New Comment Subscribe Save for later
4 Comments
9th Dec 2019
Lovely album for those long winter nights.
9th Dec 2019
Skinny love is one of the best tracks this century.