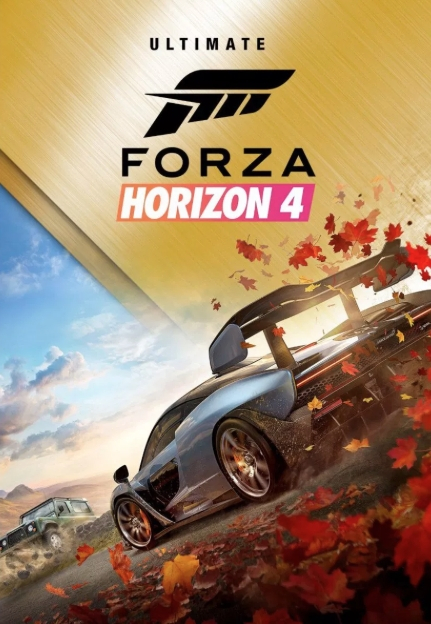 No updates is complete nonsense! Game is still being regularly updated monthly with lots of free cars added to the game that can be unlocked by doing certain events.
33 Comments
17th Oct
Fantastic game, but 2 years old and still cost £40 (although original price £80) crazy!
17th Oct

Have you seen any call of duty game lol?
17th Oct

Have you seen any call of duty game lol?

Yep another crazy franchise ... GTA is another one to name
17th Oct

Yep another crazy franchise ... GTA is another one to name

Yep but at least forza is newer and this comes with all dlc unlike those games which is just the base game
17th Oct
Good deal at this price. The fortune Island and lego Island expansions are well worth having over the base game and all 96 dlc cars too. Fortune Island is beautiful and great for drift fans. If you don't already have fh4 and want it this is worth the extra money.
17th Oct

Have you seen any call of duty game lol?

Try any Switch game. Zelda: Breath of the Wild is still £60 on the eShop!
17th Oct

Yeah I've seen that, but that's Nintendo, they're fans would spend that much anyway
17th Oct

Also if you have GamePass you can obviously just buy the Ultimate Addon as the base Forza Horizon 4 game is included in GamePass.

It’s probably the best looking game on Xbox One. I’m intrigued to see what improvements they can get with the Series X.
17th Oct
Why 40 quids? The game is static,no updates, no new maps or dlc.
Silly repeated races
17th Oct

No updates is complete nonsense! Game is still being regularly updated monthly with lots of free cars added to the game that can be unlocked by doing certain events.
17th Oct

Have you played drive club?

Watch these real events, not your mud race or some buggy race.. Wtf 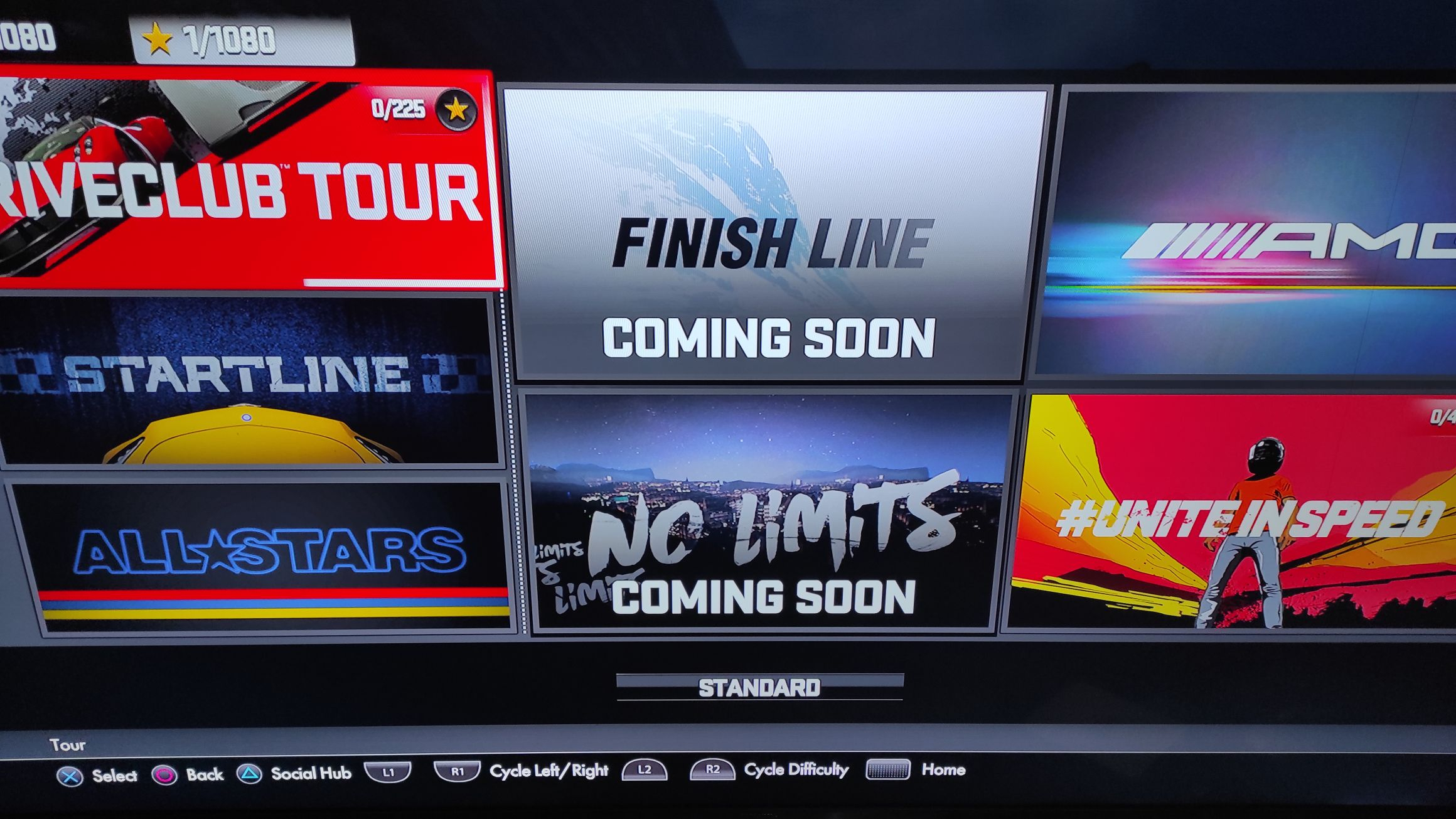 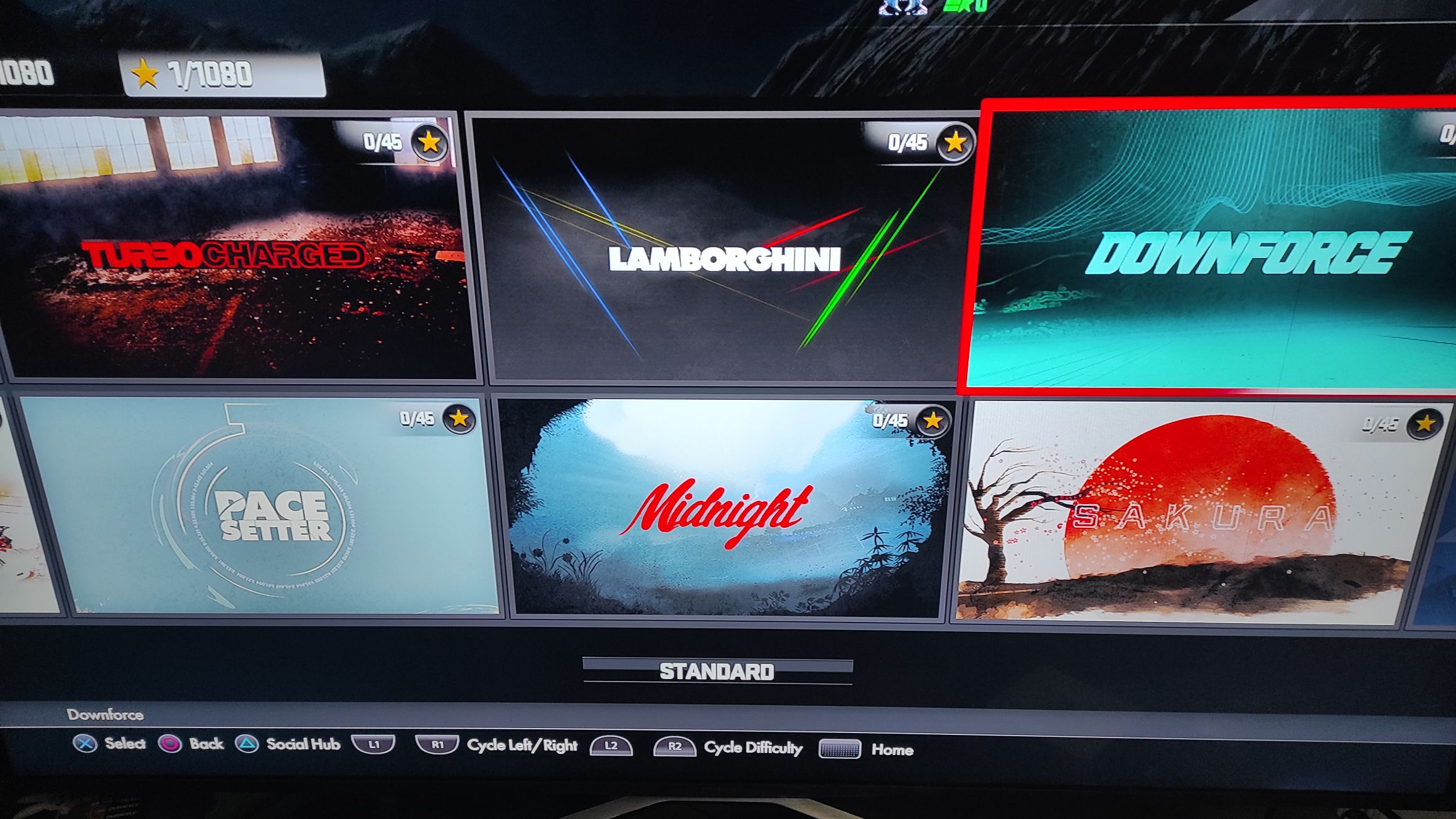 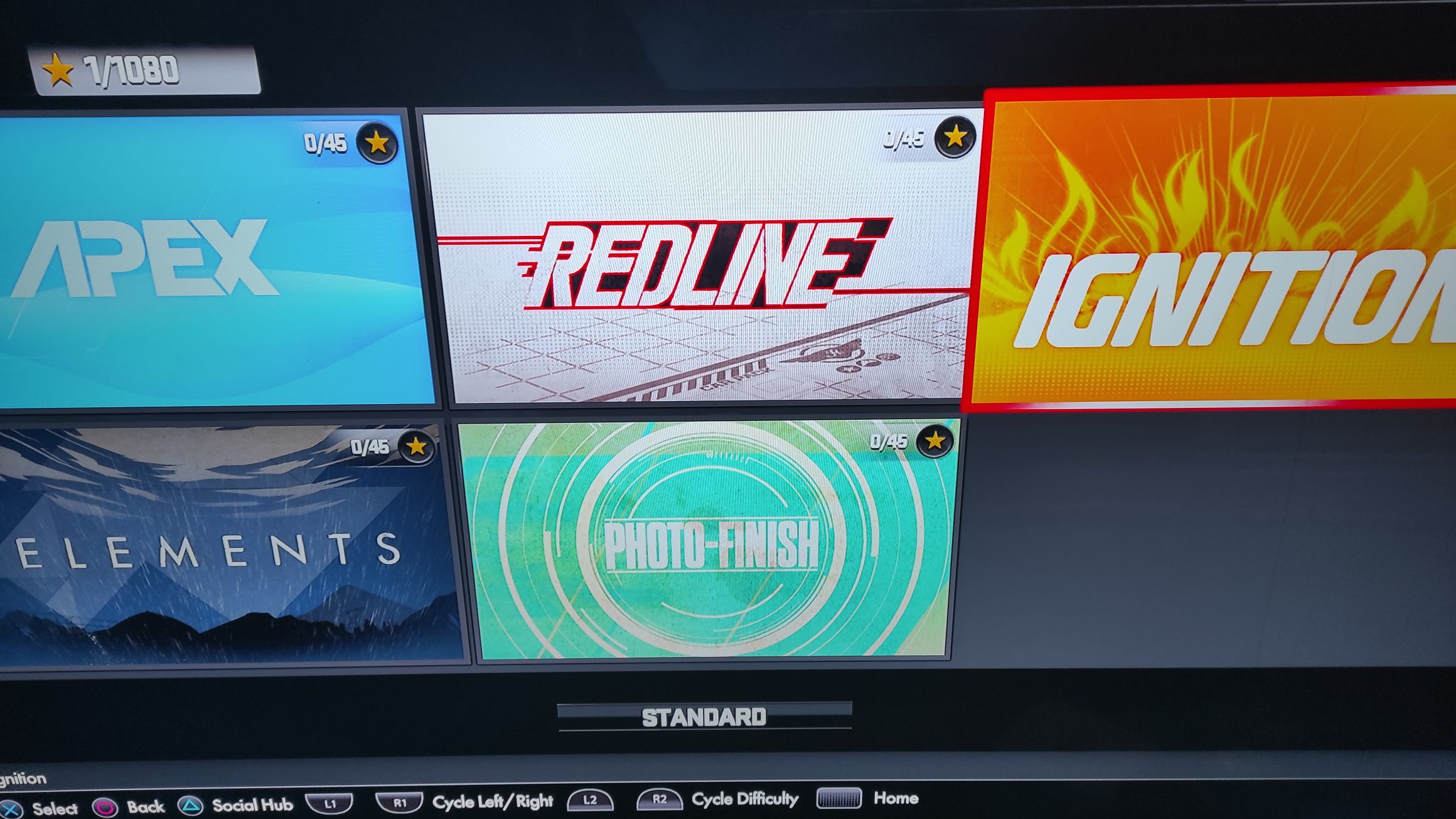 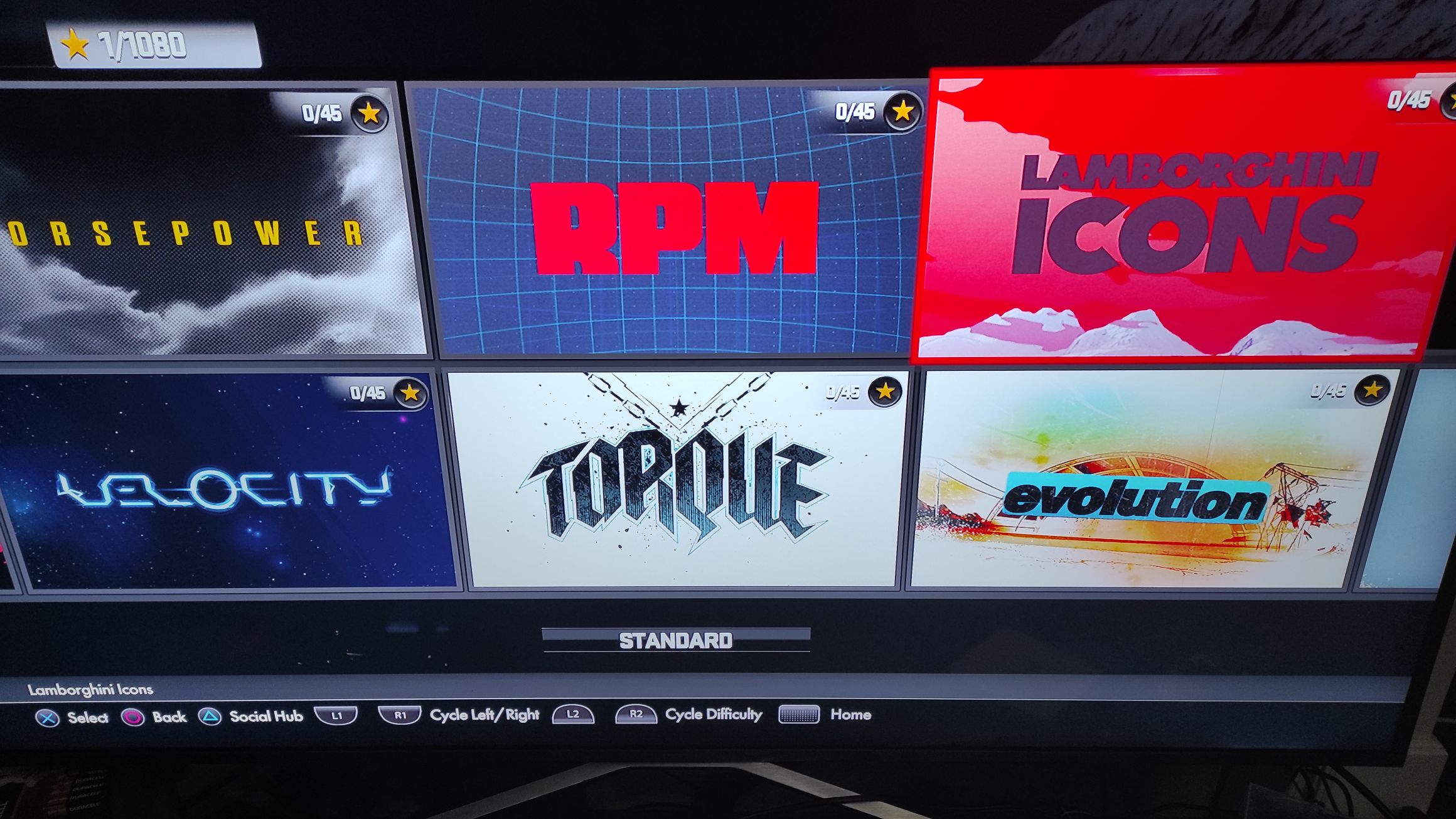 Lol you couldn’t be more wrong

You mean that lego dlc!

You mean that lego dlc!Wtf dude!

Just been doing Storm Island. Between that and the weekly challenges i dont have time but a lego dlc would be epic. Be cool to have a car made of lego jump off the Needle danger sign.

Any ideas what the backstage pass in update 28 is bringing??
17th Oct

Drive club was okay but 30fps for a driving game is a real no no. Shame they didn’t support a PS Pro update and get it running at 60. There is no comparison whatsoever that FH4 is a far superior game in every single respect.
17th Oct

BUT Its better to get live and convert it to ultimate and pay for forza ultimate. At least for one yr cause forza 5 will be out
Edited by: "remix19" 17th Oct
17th Oct

Will play at Native 4K 60fps on the Xbox Series X.

I'm sure you know what I'm talking about
18th Oct

The LEGO DLC is great IMO. I had a lot of fun doing the LEGO brick challenges. They could have added a few more LEGO cars though, as there's only 5 available, although once they're unlocked, you can use them anywhere, not just in the LEGO map.

The Backstage Pass feature lets you vote on rare cars, giving you the opportunity to obtain them via backstage passes, which are earned by hitting 50% series completion in the playlist. It's not an amazing feature by any means, but it gives you another way to get hold of cars that can otherwise be hard to obtain. Hopefully they make the McLaren 720 PO available, as that's the only car I need for a full collection.

And, yeah, the guy saying that this game no longer gets updates is totally wrong. It gets at least one update per month, with the most recent one coming out just a few days ago. A handful of new cars are added every month too, with there now being 720 obtainable cars in the game. While they haven't added a new map since the LEGO DLC, they regularly add new features, and the game is confirmed to be enhanced for the next gen Xboxes, so development on it has certainly not ceased.

Driveclub is a solid game IMO, but Sony shut the online servers down in March despite charging people to play online on the PS4, so if you play that, you're just doing single player stuff.
18th Oct

Good tip cheers, enjoying fortune island right now!
18th Oct
How is this a deal website
18th Oct
The music made me love 3 the location made me like 4
18th Oct

You'd still lose access though if you stopped paying for game pass, right?

True. I can’t see myself not having GamePass anytime soon though. It’s a cracking deal. I’ve already got 2 year stacked up.
18th Oct

Uh Oh! Will it be the worst game ever made if it doesn't? :0

No it will make the best open world racer even better.
18th Oct

Yes I have played DriveClub I have Platinum trophy as it happens. You have weekly challenges and championships in FH4 so there is new stuff to do.

The DLC events for DriveClub were great as they included new types of challenges beyond just winning the race. However the Lego DLC added something new in FH4.

None of this is relevant to the fact you said the game isn't updated when Playground Games have been updating it on a monthly basis for 2 years with new stuff to do every week. You might feel the stuff you can do is repetitive but driving games are by their very nature repetitive!
Edited by: "hobsgrg" 18th Oct
18th Oct

Forza 5 will be out. Key words "will be out" indicates its not available yet.
18th Oct

To be fair when you consider how long Nintendo have been cashing in on the not very good MK8 game, this isn't that bad?
19th Oct
If you are willing to buy from the Brazil store this is currently going for 156 Brazilian Reals which is about £21.
20th Oct
After a couple of

Just did this now ... after a while of faffing about it seemed pretty simple. Not quite the 21 but more 24 after all the additional costs. I wonder if this affects anything setting my address to my "parent's brazilian one" ...