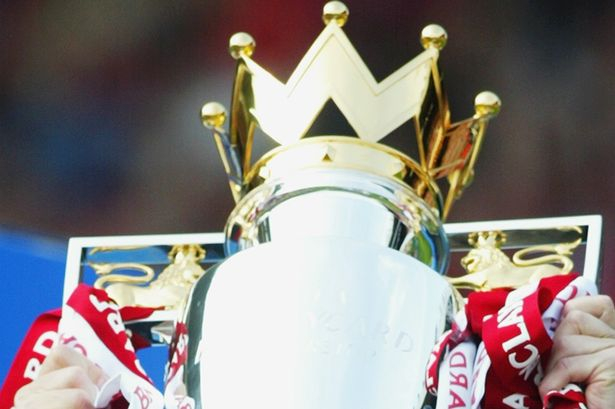 BBC.co.uk Deals
Community support114
Get deal*Get deal*
Community support
114Get deal*Get deal*
Refreshed 4th Jun (Posted 28th May)
Four Premier League games will be broadcast, free to air, live on BBC Sport when the season resumes.
It is the first time since the Premier League's inception in 1992 that games will have been shown live by the BBC.
On Thursday it was announced that the league is set to restart on 17 June, subject to government approval.
"This opportunity creates an historic moment for the BBC and our audiences," director of BBC Sport, Barbara Slater said.
"At a time when sports fans across the country are in need of a lift, this is very welcome news."
As well as the four live games there will be additional Match of the Day highlight programmes.
The last time a live, top-flight league football match was broadcast on the BBC was during the 1987-88 season.

Live BBC fixtures
The remaining 92 Premier League matches, which have been delayed by the coronavirus pandemic, are due to take place behind closed doors and will all be broadcast live on either the BBC, BT Sport,Sky Sports or Amazon Prime Video. The competition will resume on 17 June.
Viewers without pay TV subscriptions will still be able to watch the season run-in. Amazon has announced that its four remaining fixtures will be available for free, while Sky also plans to make 25 of its 64 remaining games free-to-air.
“Like the rest of the country, we are excited to see the Premier League return to action,” said Alex Green, managing director of Prime Video Sport Europe. “We will be making all four of Amazon Prime Video’s additional fixtures in the 2019/20 season available free of charge; fans will not need a Prime membership to view the games on Prime Video.” 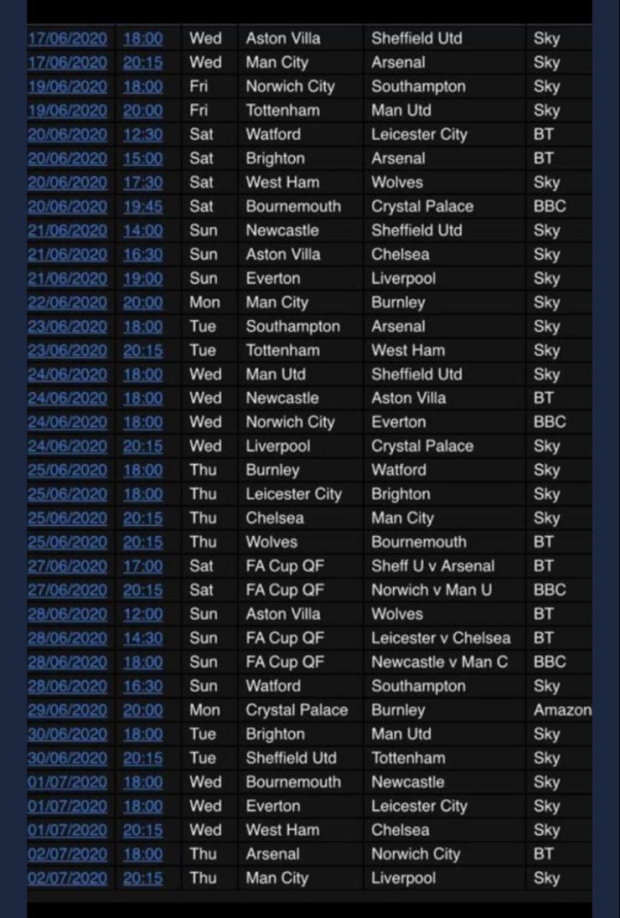 PostTweetShare Share with WhatsApp Share with Messenger
Community Updates
BBC.co.uk Deals
New Comment SubscribeSave for later
Top comments
4th Jun
oh when the reds
4th Jun
Not free if you don't have a TV licence I assume?
6th Jun
Sky Sports making 25 games available free to air out of the 64 they have remaining to show, starting with Everton vs Liverpool,on the Pick Channel.

Edit - Norwich v Southampton is first to be shown on Pick.
Edited by: "MrMaccieKFC" 6th Jun
4th Jun
Profit over Health
114 Comments
28th May
Would be very surprised if Man City vs Arsenal is included in the list of free games
28th May
Which providers will show the other 28 games that Sky Sports won’t be broadcasting?
28th May

BT and Amazon
28th May
All games remaining to be televised on Sky,BBC & Amazon prime..
Edited by: "BabaORiley" 28th May
28th May

All games remaining to be televised on Sky,BBC & Amazon prime..

That's the first one to be shown, on Sky
29th May
I'm just looking at the fixtures and I can guess the matches they will get

Add Amazon to the title as well, they have 4 and are free to air.

That's already posted @eslick
4th Jun
Get ready for bournemouth vs brighton and norwich vs everton!
4th Jun
BBC have the 10th pick of games!
4th Jun
Not free if you don't have a TV licence I assume?
4th Jun
If it’s anything like the games they pick for FA cup all be man united games anyway.
4th Jun

Something like 60 United games in a row picked by the bbc isn't it? And I thought they were supposed to be impartial.
4th Jun

Add Amazon to the title as well, they have 4 and are free to air.

So you don’t need a Prime account to watch the matches?
4th Jun

So you don’t need a Prime account to watch the matches?

Thats awesome for people that don’t have a Prime account!
4th Jun
oh when the reds
4th Jun

BT = No free games to air

Strange, as BT sports right was bought using TAX SUBSIDIES for Openreach broadband for UK spread coverage that was never delivered.
4th Jun
Are BBC showing highlights everyday? or a catch up at weekend? do they have rights to the highlights?
Edited by: "jpodx35" 4th Jun
4th Jun

Get ready for bournemouth vs brighton and norwich vs everton!

They are the first two.
4th Jun

I will watch any football at the moment lol
4th Jun

So, utter cack? I guess that rumour of them getting “10th pick” is likely to be true.
4th Jun
I do not have an aerial is there anyway to get the pick tv channel for the games sky is providing for free?
4th Jun
Confused - does "free to air" mean no charges or special set up ie. Freeview (BBC or ITV) or is the list above being passed to Freeview by SKY, BT etc? If not how can SKY, BT or AMAZON be free to air as they all need subscription membership. If only 4 matches are free to air on the BBC how is this possible a decent thing to do for the public. This is just a money maker for SKY, BT etc, once again. After all we have been through and the monies the Premiership have continued to pay their players you would have thought the rest of the season should be free to everyone via BBC or ITV.
4th Jun 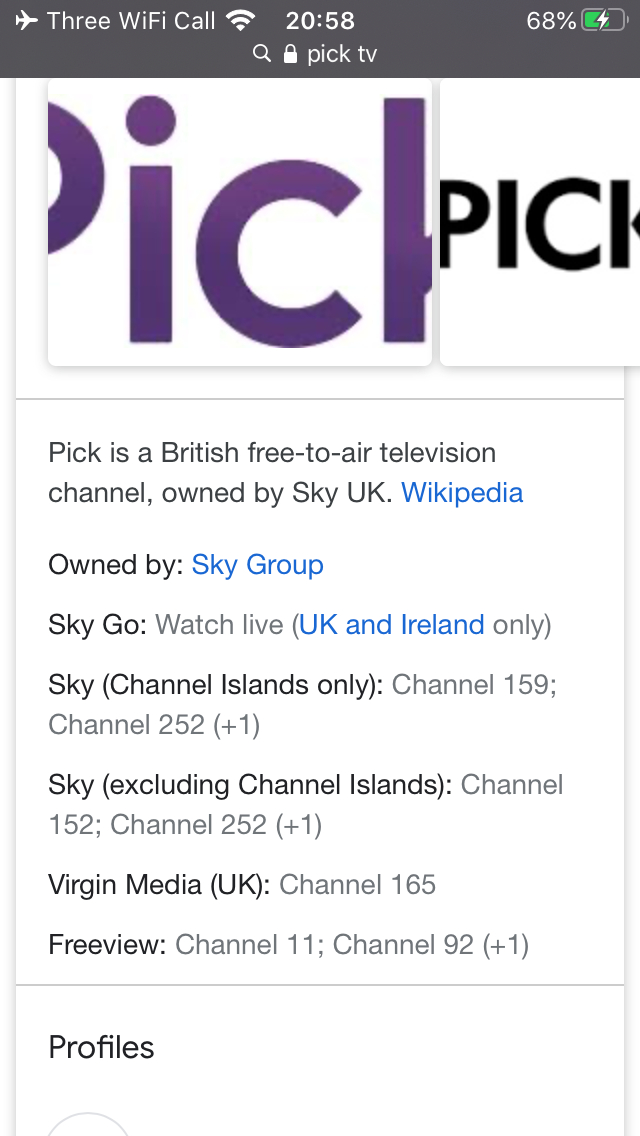 Thanks but I do not have any of those options just now tv ..
4th Jun

how is this a deal?:D

May as well post the entire BBC schedule as a deal at this rate!
4th Jun
Can't see this happening, 2nd wave gonna be coming after all of the protests and gatherings
4th Jun

Free to air just means the video stream is not encrypted and can be viewed by anyone with the appropriate equipment, ie. a dish and box for Sky, an aerial and box for Freeview.
4th Jun

Thanks but I do not have any of those options just now tv ..

With Now TV there could be a chance Sky show the games on Sky 1 available on the Entertainment Pass (they have shown a few games free on Sky 1 this season before this pandemic happened, I remember it happening early season and during Christmas). Afaik it’s confirmed on the Pick TV channel.
4th Jun
Pretty sure I read the other day that the Everton Liverpool game is free to view on one of the platforms as the police had asked it to be.
Edited by: "Willy_Wonka" 4th Jun
4th Jun
I’m done with football
4th Jun
When all the free matches have been confirmed, it would be great to get a calendar ics or equivalent to just add them to our calendars.

Thanks for collating these.