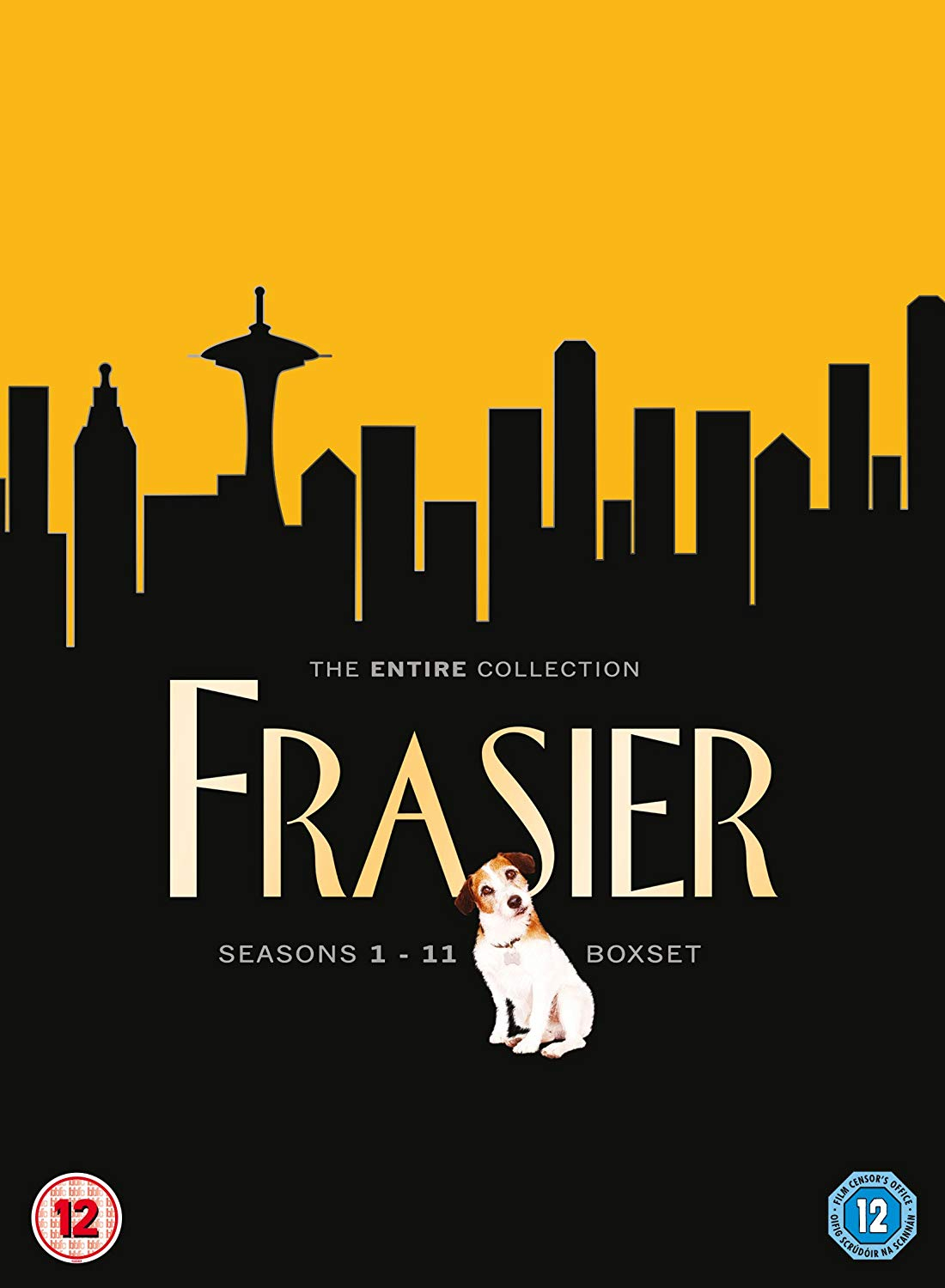 Emmy Award-winner Kelsey Grammer is Frasier – the hilarious psychiatrist first seen on TV’s Cheers and subsequently the star of this smash-hit comedy series (record winner of 37 Emmy Awards). A newly divorced Dr. Frasier Crane (Grammer) makes the move from Boston to his former hometown of Seattle to find himself on the radio airwaves as the host of his own call-in advice show. When he’s not infuriating the entire city or letting his Cupid’s arrow fly in all directions, he’s embroiled in skirmishes at home involving Martin (John Mahoney), his retired police detective father; Daphne (Jane Leeves), his father’s physical therapist; sibling rivalry with his younger brother Dr. Niles (David Hyde Pierce); his radio-program manager, Roz (Peri Gilpin); and Eddie… his father’s mischievous dog To top the first 6 seasons off, Frasier will find himself out of a job when his radio station switches its format to salsa in this award-winning sitcom

After winning a record 37 Emmy Awards – including an unprecedented streak of five consecutive as Outstanding Comedy Series – the laughs can only shift into high gear in the last five seasons of Frasier. The hilarious psychiatrist, Dr. Frasier Crane (Kelsey Grammer), commemorates his 2,000th radio show on KACL in Seattle. Daphne (Jane Leeves) flees her marriage ceremony to run off with Niles (David Hyde Pierce) and ultimately find themselves embroiled in a lawsuit as a result of the marital mayhem New-puppy training quickly goes to the dogs when Roz (Peri Gilpin) brings home a new Dalmatian and Martin (John Mahoney) takes command as the puppy’s official trainer. Frasier brings its 11-year run to a close as Niles and Daphne have a stunning announcement and while clowning around, Frasier gives his father, Martin, a heart attack (literally). Then the entire cast says Goodbye, Seattle in one of television’s most enduring and funniest series.
PostTweetShare Share with WhatsApp Share with Messenger
Community Updates
Amazon DealsAmazon discount code
If you click through or buy, retailers may pay hotukdeals some money, but this never affects which deals get posted. Find more info in our FAQs and About Us page.
New Comment Subscribe Save for later
Top comments
18th Nov 2019
i could watch that dog all day long!
11 Comments
18th Nov 2019
i could watch that dog all day long!
18th Nov 2019
That's a hard price to resist! Wonder how long I'll hold out...
18th Nov 2019
Its currently on channel 4 in the mornings and I have been series linking it from the beginning. I’m a bit late to the party, but its fast become one of my favourite sitcoms. Niles cracks me up
18th Nov 2019
Wish they’d release this on Blu-ray or HD on iTunes. Anyway, heat
18th Nov 2019
Best. Show. Ever.
18th Nov 2019
pure class
18th Nov 2019
Or just watch C4
18th Nov 2019
Greatest comedy series of all time.

For short periods/individual episodes there have been equals - Fawlty Towers, Only Fools etc - but no one managed to produce the ridiculous quantity pf episodes/series where the quality of acting, ensemble interaction/fiendishly clever plotlines etc was consistently so high. Even the theme tune is class.
Edited by: "carnivaist" 18th Nov 2019
18th Nov 2019

That's a hard price to resist! Wonder how long I'll hold out...

I'm struggling. I have the entire run on my TiVo, but I want to ditch VM.
18th Nov 2019
I used to be so dismissive of American sitcoms.

But then started watching Frasier on Channel 4 in the mornings.

I absolutely love it. I know people might get fed up seeing it on every morning but I actually hope they keep showing it!

It's funny, they get to the very final end of the show, then the next day it starts all over again from the very beginning. How many times has Channel 4 looped this now in the mornings? I have counted about three unbroken loops beginning to end back to back, which has occurred over the past couple of years. Maybe longer, is anyone keeping count?!
19th Nov 2019
Anyone posting here might want to give this a watch....hopefully there will be some new episodes to add on to this boxset next year! ‌ ‌ ‌ 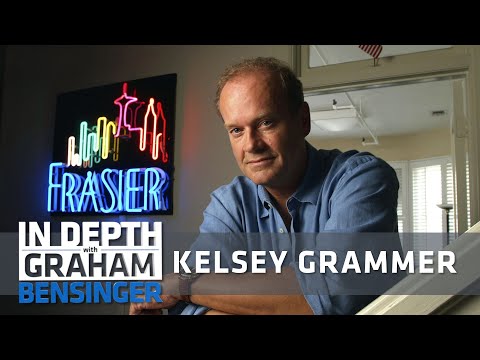