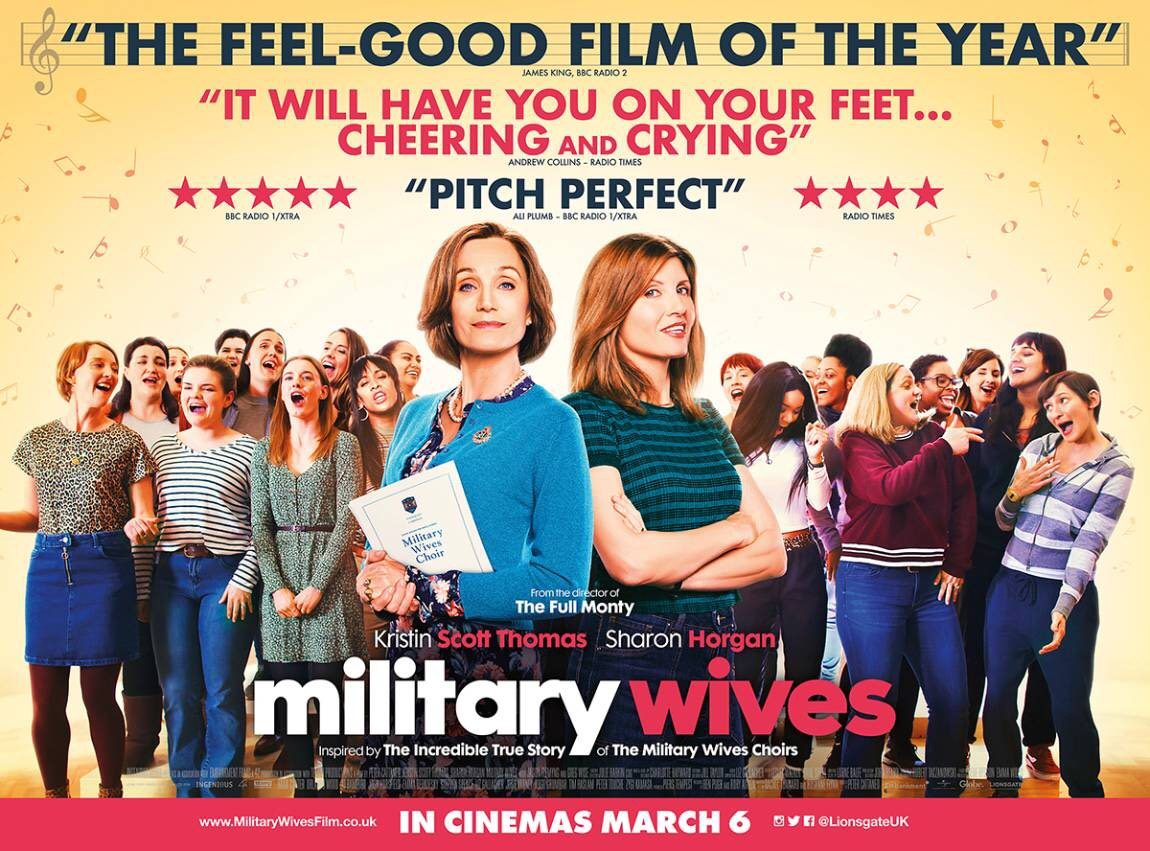 Free Cinema Tickets We Ticket It in association with Royal Mail.

The story in the feature film is inspired by the award-winning BBC documentary series The Choir: Military Wives from Twenty Twenty (part of the Warner Bros. International Television group), which saw choirmaster Gareth Malone select and train amateur singers to form choirs, sparking a global phenomenon. The story celebrates a band of misfit women who form a choir on a military base. As unexpected bonds of friendship flourish, music and laughter transform their lives, helping each other to overcome their fears for loved ones in combat.
PostTweetShare Share with WhatsApp Share with Messenger
Community Updates
Show film first DealsShow film first voucher codes
New Comment Subscribe Save for later
44 Comments
7th Feb
What's the direct link?
7th Feb
Site showing under maintenance now .
7th Feb
Worked it out. It's: weticketit.com/see…792. This should allow you to book.

Edit: You need to copy and paste the link.
Edited by: "ziggycj" 8th Feb
7th Feb

It's not that. We Ticket block click-thru sites like this. You need to use the direct link.
7th Feb
You can click on ziggycj link in Firefox mobile browser and open in new tab to go directly to SF
7th Feb
Thanks for posting
7th Feb

What the code
8th Feb

Thank you OP booked for Poole

What the cod
8th Feb

Ziggycj has posted the link a few posts up just click on that. Hope you get some tickets.
8th Feb
Thank You Brilliant find
‌
Edited by: "Boz" 8th Feb
8th Feb

If you can't open the link , then copy the link and paste in new tab
8th Feb
Non in Edinburgh
But heat on!
8th Feb
Thanks heat added
Edited by: "tonirlex" 8th Feb
8th Feb
2 for Glasgow....thanks!
8th Feb
Hi Carrie,

Please could you upload the link separately and the code.
Eg: seeitfirst.com code: military20

It's just the direct link does not work


8th Feb
None near me. Good find though.
8th Feb
Heat given.Got 2 tickets.Thank you
8th Feb

What’s the code as military20 don’t work
8th Feb
Is there a montage?
8th Feb
Thank you got 2 for Ashton
8th Feb

Thanx, but I'm getting Site Maintenance there too (as well as in the OP link thingy). :-(

Any other idea's, anyone?, lol, thanx.
8th Feb
Wheres the free films for the postmen.????
8th Feb
Try this:

Or without spaces, may need to copy and paste

Thank you that worked x
8th Feb
Anyone else get an error when trying to book onto a Waiting List??
8th Feb

Only cutting and pasting your link worked (via the 'reply' bit, lol).