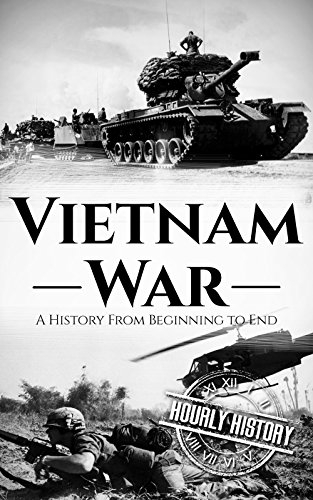 The Vietnam War remains one of the most iconic events of the twentieth century. In the United States, it polarized public opinion and changed foreign policy. It destroyed the presidency of Lyndon Johnson and was the catalyst for a massively impactful protest movement. More importantly, in Vietnam, as well as surrounding areas, it caused untold destruction, death, and suffering.

Inside you will read about...
✓ Vietnam’s Past
✓ Exit the French
✓ The United States and Ngo Dinh Diem
✓ The Resistance War Against America Begins
✓ “Americanization”
✓ The American Home Front
✓ Vietnamization and President Nixon
✓ The End of the Vietnam War and Its Aftermath

Millions of Vietnamese and Cambodian people were killed, and many—including Americans—remain missing. Its origins lie in Europe’s colonial conquests, and its legacies endure to this day. Read this comprehensive, concise history of the Vietnam War.
PostTweetShare Share with WhatsApp Share with Messenger
Community Updates
Amazon DealsAmazon discount code
New Comment SubscribeSave for later
3 Comments
15th May
Brilliant thanks for the heads up
15th May
th xOP heat added
16th May
Thanks