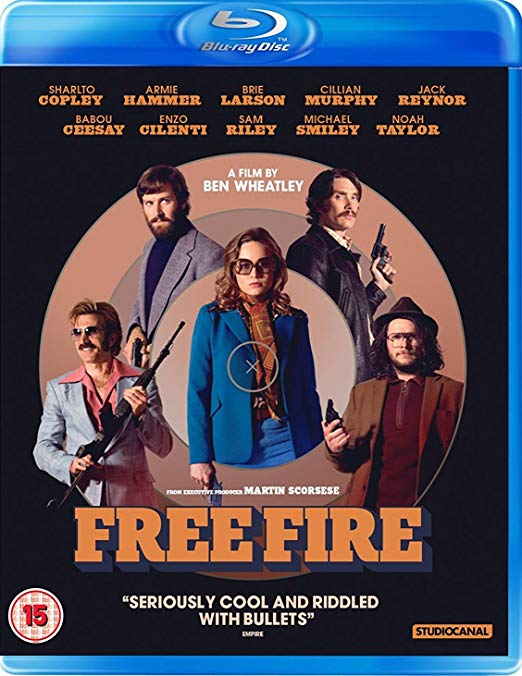 Justine (Brie Larson, Room) has brokered a meeting in a deserted warehouse between two Irishmen (Cillian Murphy, Inception, Michael Smiley, Kill List) and a gang led by Vernon (Sharlto Copley, District 9) and Ord (Armie Hammer, The Man from U.N.C.L.E.) who are selling them a stash of guns. But when shots are fired in the handover, a heart stopping game of survival ensues.

Extras:
PostTweetShare Share with WhatsApp Share with Messenger
Community Updates
Amazon DealsAmazon discount code
New Comment Subscribe Save for later
5 Comments
19th Feb
Don't like it...
19th Feb
Brilliant film
19th Feb
Incredible film for anyone who's not seen it. Funny, dark humour right up my street.
19th Feb
Saw the trailer and immediately bought it a while back. Very enjoyable film in such a chlostrophobic setting.
19th Feb
Terrible film, no wonder it's this price.