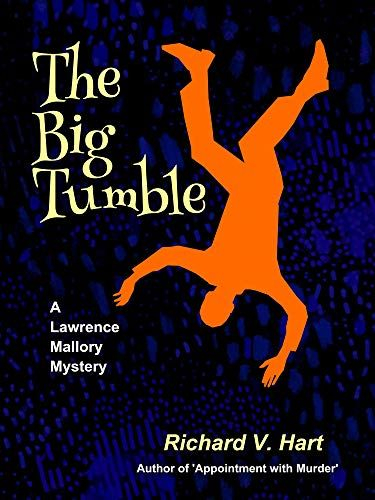 On the first working day of 1950, private investigator and former lawyer Lawrence Mallory is sipping his afternoon martini and hoping the new decade will be an improvement over the one just ended. But if his first case of the fifties is any indication, it’s going to be a long ten years.
An overweight low-life who’d once stiffed him on legal fees interrupts Mallory’s gin and vermouth and offers him money to hold a large envelope for a day or two. He won’t say what’s in it or why he wants it held—only that it must be sealed when he gets it back or there will be no payment. Mallory wisely refuses and sends him on his way, but that night a punk kid breaks into his house looking for the same envelope.
Mallory gets the kid to talk, and it turns out he’s working for a loan company operator named Brent Granger who does loan-sharking on the side. The next day, Mallory goes to see Granger who tells him he is being blackmailed over the contents of the envelope. He also won’t say what it is, so Mallory refuses his request to hire him.
That night, a well-aimed punch to the jaw knocks Mallory out cold. When he wakes up, he finds himself back in Granger’s office with double vision and two dead men on the floor, both of whom are Granger. Mallory’s .38 is there too, and it’s the murder weapon.
As Mallory pursues the investigation, he is aided by his wife, Kate, who’d been his secretary when he was a lawyer. There’s plenty of kidding and wisecracking back and forth between them, but she’s a smart and competent partner (albeit one with a temper). Their teenage daughter, Susanna, whose career goal is to be the first female homicide detective on the Central City Police Force, is not about to be left out either.
This family of detectives must solve Granger’s murder before an overzealous police lieutenant has Mallory behind bars and on trial for his life. As for the mysterious envelope, when it finally materializes, what’s inside turns out to be more sinister and explosive than anything anyone might have imagined.
If you’re looking for a little family comedy/drama mixed in with your murder and mayhem and a writing style somewhat reminiscent of Nelson DeMille, this may be your cup of tea. If it is, you’ll also want to follow the adventures of the Mallory family in Appointment with Murder, the first book in the series, which is also available on Amazon Kindle
PostTweetShare Share with WhatsApp Share with Messenger
Community Updates
Amazon DealsAmazon discount code
New Comment SubscribeSave for later
2 Comments
29th Aug
Shows as 99p
29th Aug

Must have changed over night, sorry