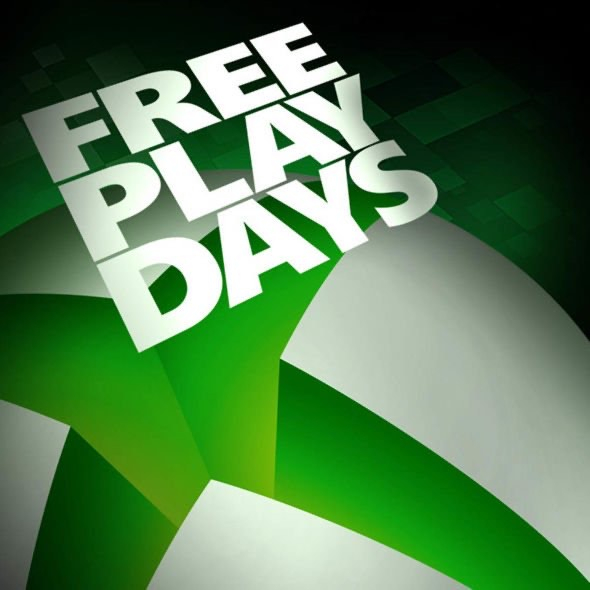 Both free to play this coming weekend.

From acclaimed developer Rare comes a shared-world adventure game that offers the ultimate pirate experience. Packed to the seams with sailing and exploring, fighting and plundering, riddle solving and treasure hunting, Sea of Thieves has everything you need to live the pirate life you’ve always dreamed about. Set in a glorious world of exotic islands, hidden treasures and dangers both natural and supernatural, Sea of Thieves immerses you in a new type of multiplayer action. Whether you’re adventuring as a group or sailing solo, you’re bound to encounter other crews – but will they be friends or foes, and how will you respond? Sea of Thieves offers something for everyone, no matter how they like to play: • A world of exploration – set sail upon a vast, open ocean, venturing into new regions and discovering the secrets of unspoiled islands and sunken ships. Hunt for treasure by following maps and untangling riddles, and learn to expect the unexpected... • A world of excitement – engage in ship-to-ship battles with cannon, pistol and cutlass, pursuing rival ships through raging storms. Sail in pursuit of deadly bounties or ferry cargo through hostile waters. Clash with the skeletal remains of cursed former pirates and beware undersea menaces that lurk beneath the waves! • A world we sail together – whether you’re playing alongside friends, matchmaking to find a crew or setting out as a ‘lone wolf’ pirate, you’ll have hilarious, memorable encounters in a world rich with other real players. • A world of achievement – on your quest to become a pirate legend you’ll amass loot, build a reputation and define a unique personal style with your hard-earned rewards.

Join 35+ million players in SMITE, the world’s most popular action multiplayer online battle arena. Become a legend of myth, enter the Battleground of the Gods, and play FREE now! 100+ Gods Unleash each deity’s unique strategies, legendary weapons, and earth-shattering powers. Rain lightning down upon your foes as Zeus, assassinate from the shadows as Loki, or transform and trick your foes as the Monkey King, Sun Wukong. Which God will you choose? Unique Perspective Unlike other MOBAs, SMITE puts you directly onto the battlefield with a third-person action viewpoint. From blind-side ambushes to aimed shots, a new pantheon of strategic possibilities awaits. Become Godlike Never played a battle arena before? Don’t worry. Auto-buy, auto-level, and the deathmatch-like Arena mode let you jump right into divine MOBA action. Aspiring pro? Top the ladders, join a competitive team, and you too could be playing at the SMITE World Championship.
PostTweetShare Share with WhatsApp Share with Messenger
Community Updates
Microsoft (Microsoft Store) DealsMicrosoft (Microsoft Store) promo code
New Comment Subscribe Save for later
10 Comments
19th Mar
Only free is you have a subscription?
19th Mar
A free to play game on free play days
19th Mar
Um SMITE? That's been free to play forever
19th Mar
Why on earth did they choose SMITE ‌
19th Mar

Why on earth did they choose SMITE ‌

Once bitten, forever smitten
19th Mar
If you do Microsoft Rewards there is a punchcard in the Xbox app for Sea of Thieves that is related to this. Activate the punchcard then play the game for 250pts (though it should be noted that activating punchcards hasn't worked well lately so may be a case of playing the game to get that tick then emailing MS rewards support).
19th Mar
Didn’t Sea it Thieves flop on release? I remember playing it and there was nothing to do, and all the enemies were the same.
19th Mar

It got bad reviews but it didn’t really flop. Streamers made it popular, it sold quite well and it launched on Game Pass so it had a very healthy player count.
19th Mar
Sea of Thieves was boring af!
19th Mar

Sea of Thieves was boring af! 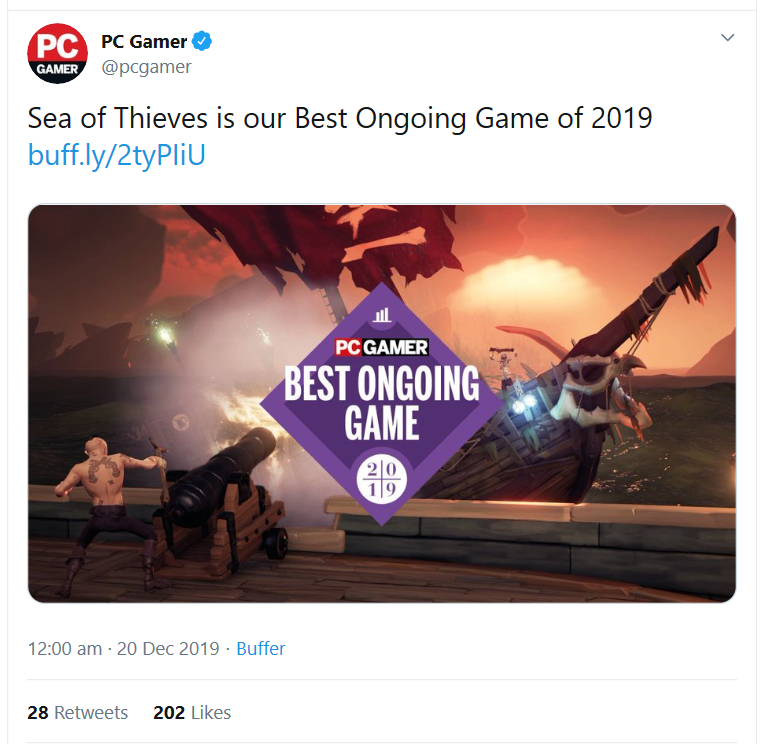