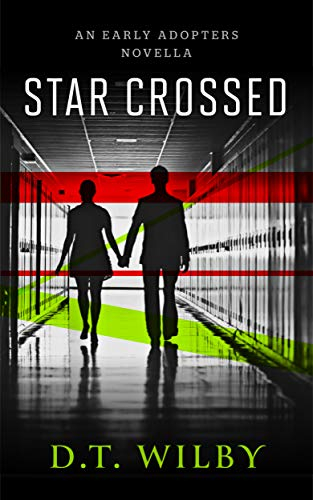 They can’t keep away from each other…so someone will have to make them!

Two lovers, a clandestine meeting and an unnatural power neither of them can control.

Both know the danger they tempt, but find themselves powerless to resist.

Meanwhile, somewhere deep underground a shadowy organisation is bent on capturing them both, and taking them home again.

The Early Adopters are a group of misfits and outcasts who underwent genetic editing decades ago under the auspices of scientific research. They thought they were going to save the world, however for MilliTech, a shady tech and arms multinational far too cosy with the world’s military organisations, the plan was very different.

Outside of their honeymoon period, they are disavowed and relentlessly pursued by their creators. The Early Adopters do the best they can to stay one step ahead, stay out of each other’s way and maybe do a little good while they can.
PostTweetShare Share with WhatsApp Share with Messenger
Community Updates
1 Comment
Post a comment