Unfortunately, this deal is no longer available
Posted 28th Nov 2018

Book up to two tickets on us to see Colette, starring Keira Knightley, at one of our cinema screenings on 12 December before its nationwide release on 9 January 2019.

Colette features Keira Knightley in the titular role, starring as one of the best-selling and beloved French authors of all time alongside Dominic West, Fiona Shaw, Denise Gough and Eleanor Tomlinson.

Set at the dawn of the modern age, Colette is the story of a woman who has been denied her voice by an overbearing man, going to extraordinary lengths to find it. A battle of the sexes at the very beginning of the modern age when seismic shifts were taking place in the roles of men and women. Years after the publication of her first novel, Colette is still one of the best-selling French authors. 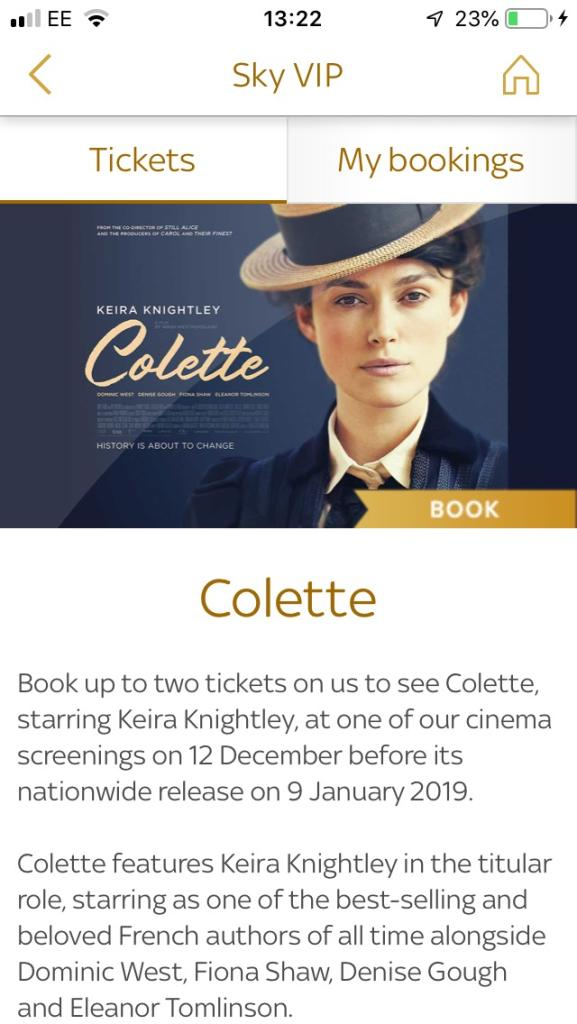