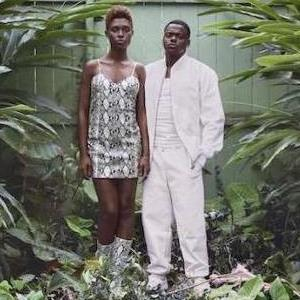 In collaboration with the BFI, MASSIVE gives you a new way of watching the most hyped British films of the year in the cinema with your friends.

This year kicks off with Queen & Slim, starring British leads Daniel Kaluuya and newcomer Jodie Turner-Smith, with a chance to see the film two weeks before its release. And for our first film of 2020, this time, tickets are FREE.

MASSIVE previews of Queen & Slim take place on January 16 2020. Find your nearest cinema below and claim your tickets (they won't last long) and sign up to our mailing list to be the first to hear about competitions, special events and our upcoming films.
PostTweetShare Share with WhatsApp Share with Messenger
Community Updates
BFI DealsBFI voucher codes
New Comment Subscribe Save for later
24 Comments
13th Jan
Won’t let me submit sign up - keeps saying ‘errors’ when there are none.......
13th Jan
Heat Thank You
13th Jan
Got 2....thanks!
13th Jan
Nowhere I can get to on a Thursday night, but heat given
13th Jan
thank you got tickets for Shepherds Bush .. the movie has good reviews too
13th Jan
Thanx Op got two tickets
13th Jan
What’s the screening code?
13th Jan
Thanks op got two!
13th Jan
Thanks got 2!
13th Jan

there are no codes @ ourscreen .. once you are logged in just scroll down the page to see if there are any locations available near you then you can claim your tickets for free !
14th Jan
Thank you booked two. Sheffield venue has been very popular.
14th Jan

Thank you booked two. Sheffield venue has been very popular.

I'll see you there, you getting popcorn?
14th Jan
Thank you!
14th Jan

I'll see you there, you getting popcorn?

Got them thanks do I just show the email to get in our print it out?Thanks.

this is from the emailed ticket

'' Print out this email, OR make sure it's available on your phone, and take it with you when you go to the cinema


personally in the past couple of years I've stopped printing these tickets and just show it on my mobile for entry.
14th Jan
Thanks
14th Jan
Thank you op- got myself a ticket!
14th Jan
daniel kaluuya the beast
14th Jan
I get error anyone else’s has problems
15th Jan
yes. keeps saying there is an error. I cant spot one
15th Jan
Worked for me using Register option at top of page at ourscreen.com/