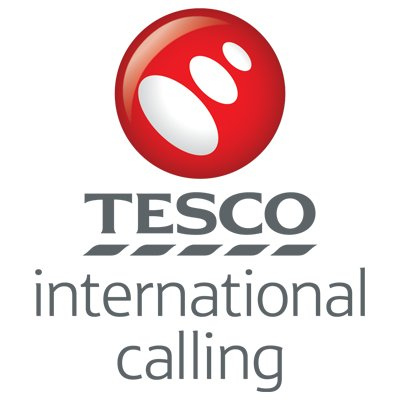 So basically Tesco have an International Calling app on which you load credit and use it to make international calls and texts at Tesco rates.

From time to time Tesco have run an offer with which you could send texts abroad for free using the app for a limited time.

It seems now, however, that they have made free international texts a permanent feature. T's & C's are in the first post. In a nutshell, as long as you have positive credit, you're good to go. And you'll get £1 free credit when you sign up so that's covered also. Free texts are limited to 2,000 messages per month.

The recipient will receive the text as if you sent it normally, i.e. it will be identified as being from your number.

Why text when you have WhatsApp?
- Not everyone has access to a web-based messaging service
- The recipient doesn't need to have data switched on in order to receive the text
- Urgent messages are more prominent when received as a text message

You will find conflicting information on the main page where it says you need to have a minimum balance of £2 in order to get free texts, and that the offer expired on 30th April. Having just successfully tried it myself with only £1 credit, I can confirm that what it says in the T&C's is correct, and what it says on the main page is incorrect. You don't need £2 credit, and the perk doesn't have an expiry date.
PostTweetShare Share with WhatsApp Share with Messenger
Community Updates
Tesco International Calling Deals
If you click through or buy, retailers may pay hotukdeals some money, but this never affects which deals get posted. Find more info in our FAQs and About Us page.
New Comment Subscribe Save for later
18 Comments
9th May 2016
16. Terms and conditions for ‘Free SMS’

16.1 Tesco International Calling is offering both new and existing App customer’s free SMS messages to all destinations. No opt-in is required to enjoy the reduced rates, however a balance threshold as per clause 16.3 must be met.

16.2 Customers must send the SMS messages from within the Tesco International Calling Smartphone App and will not be charged.

16.3 The Account must have a positive balance to be able to send SMS messages free of charge.

16.4 Fair use policy of 2,000 messages per month applies, after which point Customers will be charged at the pre-promotion rate of 5p per message.
10th May 2016
does it matter where you text from ?

could I sign up my friend in Japan and have him use it to text me in the USA ?
and another signup so I can text back to Japan ?

10th May 2016
Would be handy if you can text UK whilst abroad using wifi. Would save triggering certain eu all inclusive bundles just to send a few texts!
10th May 2016
You do need the data on or be connected to wifi when you send a text using the app
10th May 2016
Website states "Send international texts for free until 30 April 2016" - am I missing something, hasn't this offer expired?
Edited by: "MPLP" 10th May 2016
10th May 2016
Why not just use Whatsapp instead?
10th May 2016

Why not just use Whatsapp instead?

Yes, not all earthlings have Whatsapp, Tesco is yet another choice for people.
10th May 2016

The "missing" something, is there is no free text or free lunch, soon when subscribes are up, this is turned off when there is no need to use freebie to attract.
10th May 2016
I use WhatsApp for calls and text ALL FREE
10th May 2016

I use WhatsApp for calls and text ALL FREE

Yes I see no reason why it won't be possible. Both the USA user and the Japan user need to register their Tesco International Calling account to a UK number. This is done simply by keying in a UK phone number at the time of registration. After that, Tesco will send a confirmation code to that phone number. Once you have put the confirmation code into the app, you're good to go.

In theory, that should be possible.

Why not just use Whatsapp instead?

I use WhatsApp for calls and text ALL FREE

I use WhatsApp myself but sometimes need to send a text, for reasons I have mentioned in the main post.
10th May 2016

You may have missed reading the final paragraph
10th May 2016

Maybe, but Tesco have nothing to gain by doing so, because there's no obligation to pay them anything in order to benefit from the freebie in the first place.
11th May 2016
Thanks OP, handy if this works.

However if someone is interested in FREE international calls from their landline or mobile then please have a look at my thread HERE.