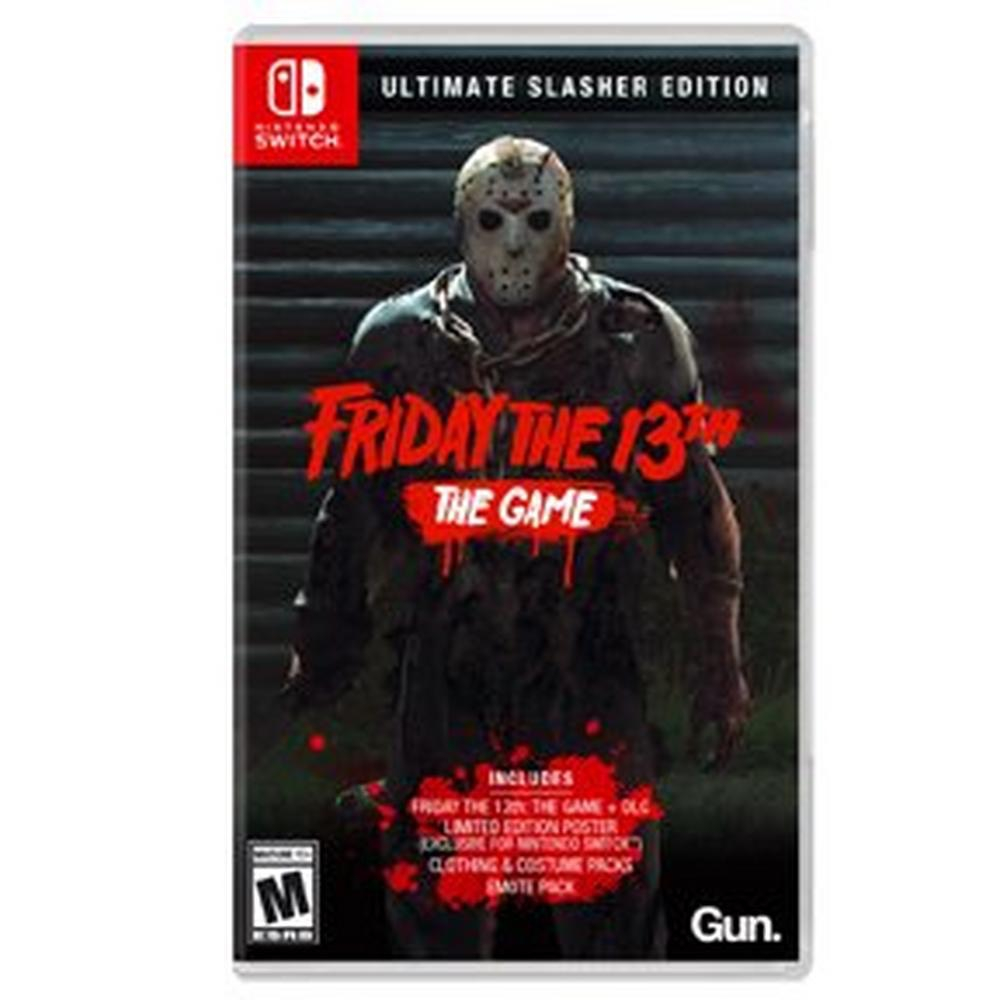 
For the first time ever, you will have the opportunity to play as Jason Voorhees, the most famous slasher in horror. Stalk your prey, ambush them whenever you see fit and strike fear in the hearts of many as you become the legend himself! Friday the 13th: The Game will include a variety of kills, new and familiar, that will help you set the tone for the Jason Voorhees that you want to be. You’ll even get to unlock various Jason incarnations from the movies!

Jason will be equipped with a terrifying array of abilities, giving you the control of a hunter at the height of his game. These are his woods, and he knows them all too well. Jason will not only feed off the fear of his victims, but will become stronger as the night progresses. The darker the night, the more terrifying Jason becomes!
PostTweetShare Share with WhatsApp Share with Messenger
Community Updates
Nintendo Shop DealsNintendo Shop discount code
If you click through or buy, retailers may pay hotukdeals some money, but this never affects which deals get posted. Find more info in our FAQs and About Us page.
New Comment Subscribe Save for later
10 Comments
24th Nov 2019
Brilliant price. Wonder if the physical copy will go on sale
24th Nov 2019
Polish store has it for £15.99. Worth the minimal fuss to save £2, I reckon. 🇵🇱
24th Nov 2019
Is there a community on this on Switch?
24th Nov 2019
Buy second hand so you don't support scummy developers/publishers
24th Nov 2019

If you already have a region-hopping account set up, it’s as easy as going to accounts.nintendo.com and choosing Poland from the dropdown. If you don’t think that’s worth £2, you’re on the wrong website.
24th Nov 2019

Is there a community on this on Switch?

Yeah this is something I would like to know, does anyone have this game? It’s online only? So if there isn’t a community it’s not worth getting.
24th Nov 2019
I guess I should research this myself but didn’t this effectively die due to licensing issues with the films? (No pun intended there) If you are after a similar experience you might want to try Dead by Daylight but that will require online and does t support cross play (which may also result in a less toxic community!)
24th Nov 2019