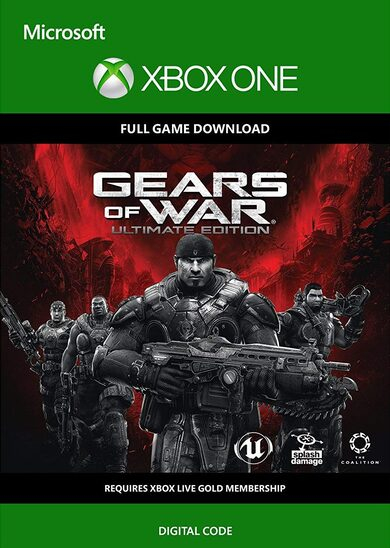 Gears of War: Ultimate Edition Xbox One key presents a completely remastered and revamped Edition of the original Gears of War game released back in 2007. The warriors from the underground have eme0rged, they are known as the Horde of Locust, and you will assume the role of Marcus Fenix, a former war hero who’s willing to face the nightmarish beasts head-on!

PostTweetShare Share with WhatsApp Share with Messenger
Community Updates
Eneba Deals
New Comment SubscribeSave for later
6 Comments
1st Apr
Great game downloaded thanks
Have some heat
1st Apr
Well worth it at this price! I'd actually feel bad paying so little for so much!
1st Apr
Does this require Xbox gold membership to play ?
1st Apr

Does this require Xbox gold membership to play ?

Not the single player campaign no. But the multiplayer yes. But multiplayer is pants. Campaign was great for its time so hoping remastered version is as well. Either way can't fault it for just over a quid
1st Apr
Showing £3.83 with a £0.12 reduction using the AKS code. £4.00 including payment fee.

Update: Got it for £2 all in - so happy days
Edited by: "davieke" 1st Apr
1st Apr
Got it for 1,58 euros with the PayPal payment fee.
grear game to have in the library. I hear it will be native 4K on the Series X!
Can’t wait!