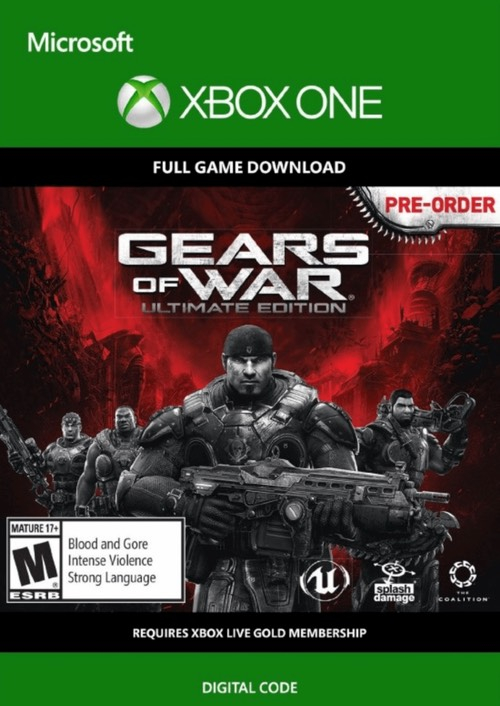 The shooter that defined the first generation of HD gaming has been painstakingly remastered in 1080P and modernized for Xbox One, and is packed full of new content including five campaign chapters never released on Xbox.

The story of “Gears of War” thrusts gamers into a deep and harrowing battle for survival against the Locust Horde, a nightmarish race of creatures that surface from the depths of the planet.

Players live and breathe the role of Marcus Fenix. A disgraced former war hero, Marcus seeks personal redemption as he leads his fire team against an onslaught of merciless warriors from below.

Go deeper into Gears fiction with five Gears of War comic books, which can be unlocked and read within the game.
PostTweetShare Share with WhatsApp Share with Messenger
Community Updates
CDKeys DealsCDKeys voucher codes
New Comment Subscribe Save for later
1 Comment
25th Jan
Any chance of getting the PC version for this price? Doesn't seem to be cross buy (I think) and on the official MS store its for £14.99