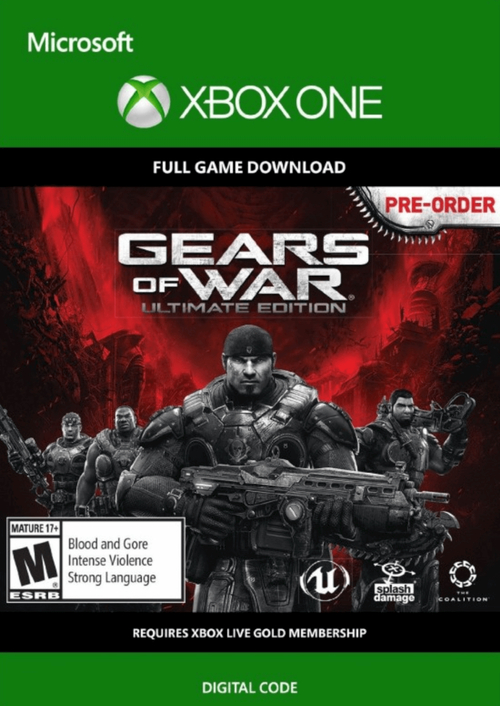 Feels like a decent price for the Ultimate Edition here from CDKeys.

Description
Experience the game that launched one of the most celebrated sagas in entertainment with Gears of War: Ultimate Edition. The shooter that defined the first generation of HD gaming has been painstakingly remastered in 1080P and modernized for Xbox One, and is packed full of new content including five campaign chapters never released on Xbox.

The story of “Gears of War” thrusts gamers into a deep and harrowing battle for survival against the Locust Horde, a nightmarish race of creatures that surface from the depths of the planet. Players live and breathe the role of Marcus Fenix. A disgraced former war hero, Marcus seeks personal redemption as he leads his fire team against an onslaught of merciless warriors from below.


The landmark original Gears of War returns, stunningly remastered and modernized for Xbox One.

The story of "Gears of War" thrusts gamers into a deep and harrowing battle for survival against the Locust Horde, a nightmarish race of creatures that surface from the depths of the planet 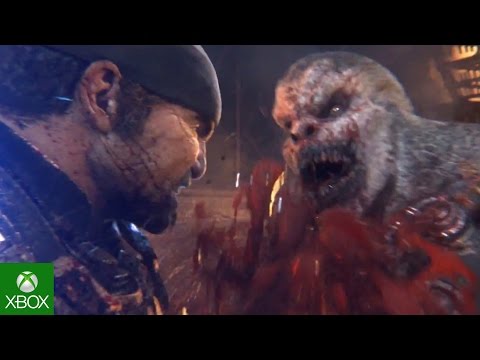 Wish this was like 4 and was Play Anywhere. Heat regardless Joey

I'm guessing you can't play this on pc?

Yeah man. I just got gamepass literally so I could play gears ultimate edition on pc and not pay high amount on the ms store
Edited by: "Dominic_Osborne" 7th Sep 2019
7th Sep 2019

I don't follow. I am admittedly a noob at these things as I haven't games for a few years now.
7th Sep 2019

Sorry gamepass. Edited. It was autocorrect

Here is the link. Just make sure you turn off recurring payment on your Microsoft account.
7th Sep 2019

Sorry gamepass. Edited. It was autocorrect

…https://www.microsoft.com/en-gb/p/xbox-game-pass-for-pc-beta/cfq7ttc0kgq8?activetab=pivot%3aoverviewtabHere is the link. Just make sure you turn off recurring payment on your Microsoft account.

Shall do. Thanks so much pal.

No worries mate. I was on the same boat like you. Really wanted to play some gears of war. Found this is the cheapest way although wanted to own the game outright. But hey
7th Sep 2019

Still once you've played campaign mode? Is there much left to do?
7th Sep 2019

Not really. I guess that's why we both wanted it cheap
7th Sep 2019

Not really. I guess that's why we both wanted it cheap

I just play for the story. I'm not really that bothered about online. The first gears had me absolutely captivated. I can't remember a game having me obsessed about it the same way.
7th Sep 2019

Same here mate. Much more a fan of the story. I always sucked at the mp
9th Sep 2019
I was enjoying 5 so much last night that i had to force myself to stop and actually go and play both this and Gears 4........two games that have been sitting for years now untouched....need to start playing games in order. lol
9th Sep 2019
Hot considering I just bought for £7 used. Digital is likely better coz you don’t need a disc in the drive all the time
Edited by: "petertan" 9th Sep 2019
9th Sep 2019
i think it is already exist in gamepass
9th Sep 2019
The first GOW was incredible and so innovative...no loading screens, active reloads, roadie run etc etc
9th Sep 2019
Heat for the good price.
Shame you can't get any online games.