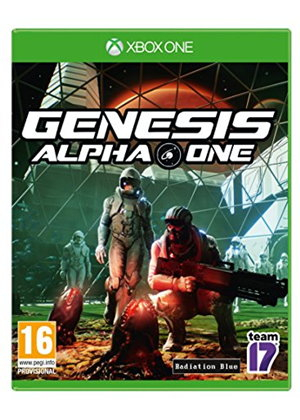 Decent enough game and cheap as chips at £5.84 with delivery.
Genesis Alpha One is a revolutionary mix of roguelike shooter, base building and survival that puts you in the role of an interstellar pioneer. In a near future ravaged by wars, corrupt regimes and global capitalism left unchecked have resulted in natural resource over-exploitation and pollution; devastating the planet. Supported by Earth's remaining governments, four influential corporations initiate the Genesis program. As the Captain of a Genesis starship, you journey into uncharted space on the ultimate mission. Build and manage a space vessel, farm resources, deal with terrifying alien infestations, clone creatures and explore a vast, randomly generated universe. Your goal: Find new homes for humanity's DNA and save the species from extinction.
BUILD: Gather necessary resources and upgrade your starship with crew quarters, workshops, hangers, clone labs and much more.
BATTLE: Combat alien infestations with an arsenal of weapons and defence systems. CLONE: Take DNA from aliens and splice them with members of your crew to create new clones with advanced abilities.
SURVIVE: Should disaster fall upon the captain, a new crew member assumes the role. But each loss brings extinction one step closer.
PostTweetShare Share with WhatsApp Share with Messenger
Community Updates
Base.com DealsBase.com discount code
New Comment SubscribeSave for later
1 Comment
6th May
I was intrigued but seems a tad too micromanagey for my liking.