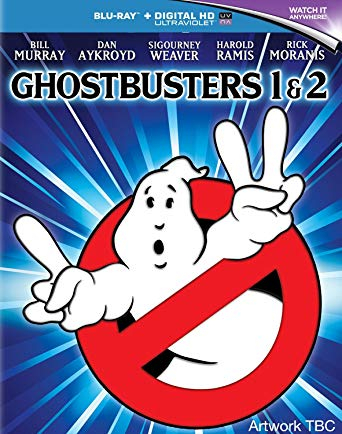 The classic supernatural comedies that defined a generation: Ghostbusters and Ghostbusters 2, together in this special collector's edition Blu-ray set. Celebrate 30 years of the Ghostbusters franchise with remastered high-def picture & sound for both movies, plus all-new and never-before-seen special features. Plus, explore the history of the films with this deluxe collector’s edition, loaded with production notes, character sketches, insider info and more. Bring home these spooktacularly successful films that captured the imagination of audiences around the world—and redefined the action-comedy genre in the process. Who you gonna call?

The GHOSTBUSTERS I & II Blu-rays come loaded with exclusive bonus materials, including revealing conversations with director Ivan Reitman and Dan Aykroyd, as well as never-before-seen deleted scenes from GHOSTBUSTERS II and more. The GHOSTBUSTERS anniversary edition features the original music video of the Oscar nominated song “Ghostbusters” by Ray Parker Jr., while GHOSTBUSTERS II includes the original music video for “On Our Own” by Bobby Brown. In addition, GHOSTBUSTERS will contain all previously released legacy content, commentary and an interactive Slimer Mode, offering fans a picture-in-picture graphical viewing experience.
PostTweetShare Share with WhatsApp Share with Messenger
Community Updates
Amazon DealsAmazon discount code
If you click through or buy, retailers may pay hotukdeals some money, but this never affects which deals get posted. Find more info in our FAQs and About Us page.
New Comment Subscribe Save for later
Top comments
7th Dec 2019 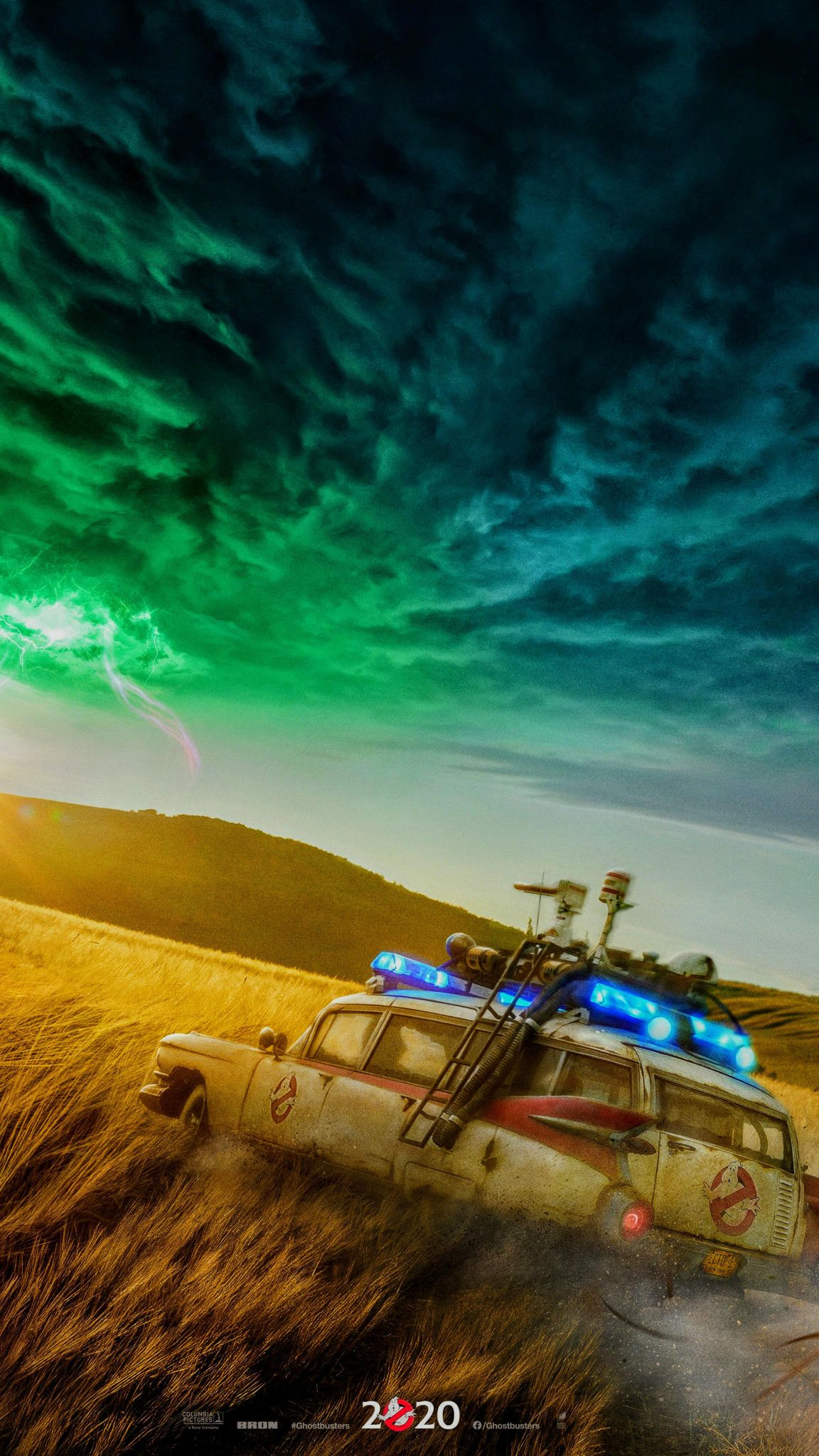 How?
7th Dec 2019
Still a big hit with kids today. Wonder if you they ever dreamed it would be so successful. Mind you, Ray Parker Junior had a big hand in that, at the last minute.
7th Dec 2019

No bill Murray or harold ramis. Me no likey

Bill Murray is confirmed. Ramis might be a bit harder to get!
7th Dec 2019

Pay a bit more for the 4K version.

Bill Murray is confirmed. Ramis might be a bit harder to get!

Pay a bit more for the 4K version. 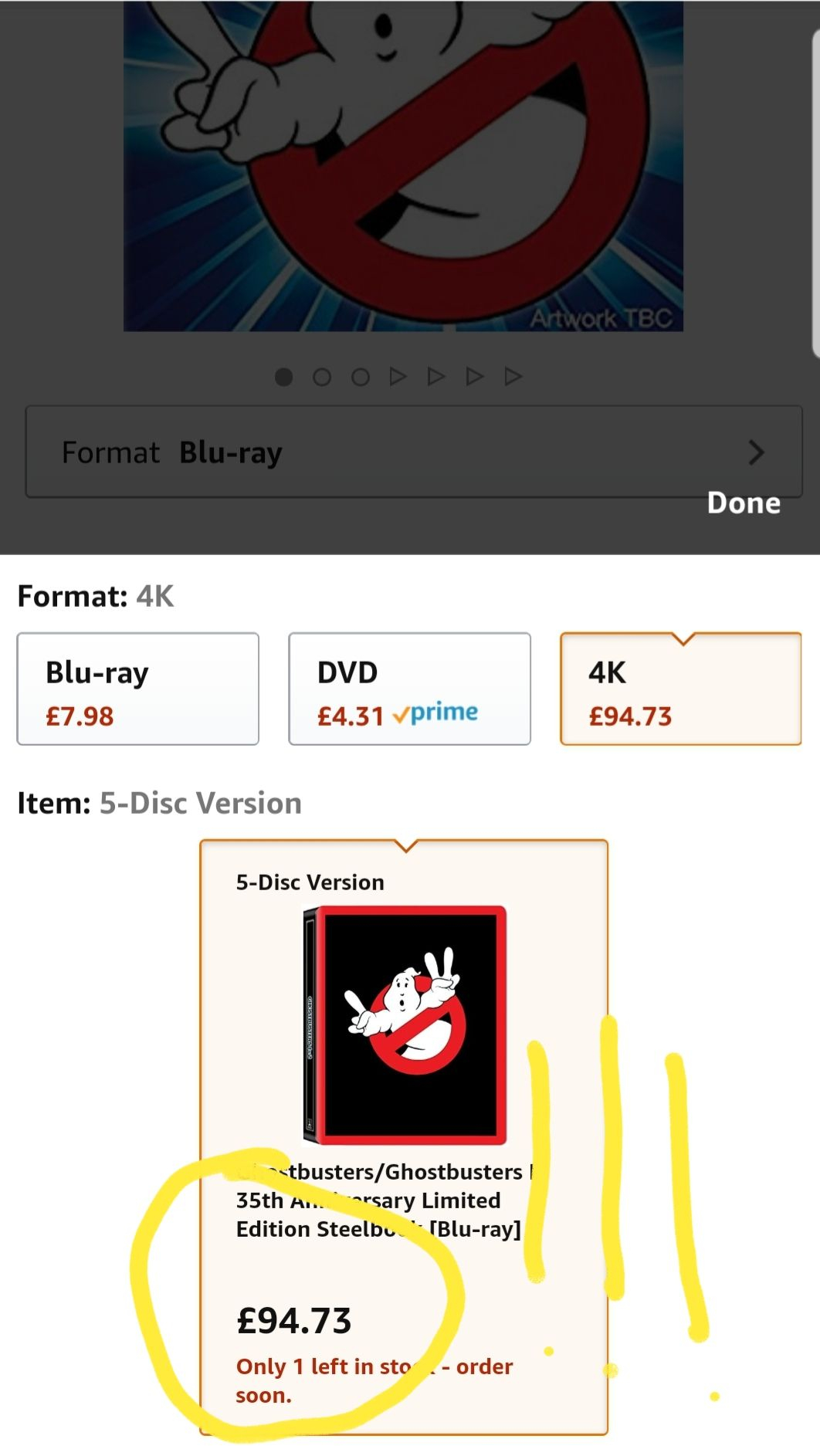 Expired but still available at Zoom

Thanks Bud - have just expired it.
8th Dec 2019
Any ideas how it works with the ultraviolet code? They've stopped, or are stopping soon, and I've moved my existing library to Google Play. Will I still be able to redeem this?
8th Dec 2019

I redeemed some last week, so still happening - follow the instructions, they'll bounce you around to end up at Google Play, but at least you've followed the instructions if it goes wrong and need to contact anyone about it. Should work ok though
8th Dec 2019

What's this about UV codes being phased out?
8th Dec 2019

What's this about UV codes being phased out?

All we know is that the buck has been passed to Google Play, even older codes can still be redeemed it seems (just follow the instructions on your code insert thingy, they'll bounce you there). I suspect it's just that the whole UV /digital code thing was messy from the start, involving the likes of Flixter?!

We're living in a time of constant technology change, which affects how media is consumed. It's like VHS vs BETAMAX, but with 25 competitors who are constantly evolving, dropping in and out, while the playing field turns into the folding city scenes from Dr Strange / Inception (take your pick).
8th Dec 2019

Thanks for that. As long as it's being transferred and still available. Does this now mean any future blu rays won't be including the UV codes?
8th Dec 2019

Maybe. My grand prediction is that they'll stay, especially to help push the purchase of hard media. Won't be "UV" though, rebranded to whoever wants the job, most likely Google Play so they can get a piece of all of the pies (early digital release purchase, later rental, hard media digital code).
8th Dec 2019

I hope so, to have a digital copy to go along with the physical one is great to have when away. And if digital isn't your thing someone else can beefit and you're getting 2 for the price of one.
Edited by: "Wanttobuyvrbutconfused" 8th Dec 2019
8th Dec 2019