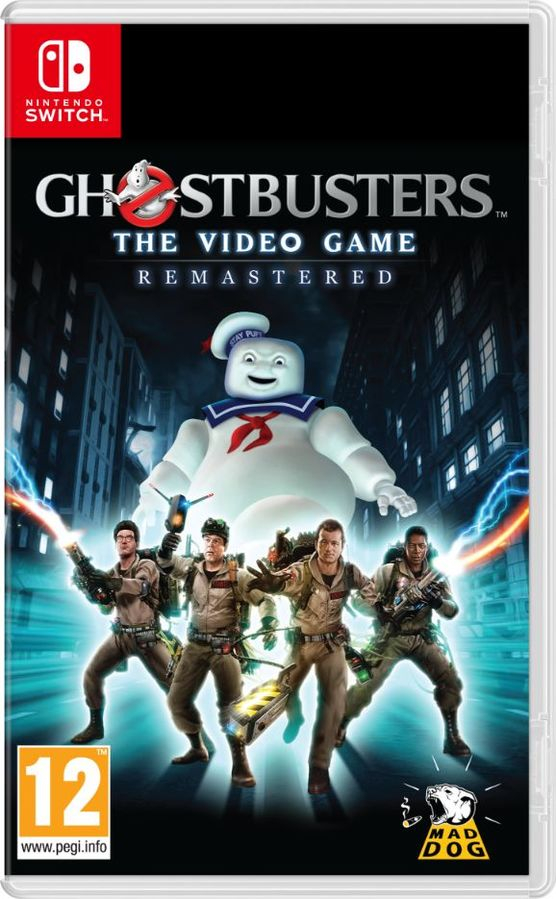 Who you gonna call

Strap on your proton pack once again and join the Ghostbusters on the adventure with the voice and likeness of the original crew as you battle to save New York! The game takes place two years after the end of the Ghostbusters II movie, users will play as "The Rookie", a trainee trying to make the Ghostbusters team. Ghostbusters is a third-person shooter where players use their proton packs to fire laser streams to fight ghosts, attempting to trap them into a capturing device.

Authentic Ghostbusters Experience -
The game features the voices and in-game likenesses of Bill Murray, Dan Aykroyd, Harold Ramis, and Ernie Hudson in an original story penned by the writers of the original films - Dan Aykroyd and Harold Ramis.

Storyline Campaign -
Play through a unique storyline as the player battles and captures ghosts - both well-loved and brand new - throughout New York.

Yes, very good story, gameplay can get repetitive but i thoroughly enjoyed it.
28th Jan

I played it on PC though.
28th Jan
metacritic.com/gam…red
28th Jan
Proper decent this! deffo £20 worthy
28th Jan
I've bit. Cheers op.
28th Jan
Don't let nostalgia cloud your judgment. Not necessarily a bad game but very average. Much, much better ways to spend £20 on Switch.
28th Jan
Thank you, ordered! I loved this on my PS3
28th Jan
Thanks op. Ordered at this price.. +heat
28th Jan

Such as?
28th Jan
Excellent game, great fun!
28th Jan
Could/should have been ghostbusters 3
28th Jan
I finished this on the switch a few weeks ago its a great game and i really enjoyed it. It's just like the original films.
28th Jan
Wow, oos everywhere & not many copies on eBay.
Purchased! I'm so weak...
28th Jan

The Touryst and Okami HD can BOTH be bought today for under £20. THAT is a MUCH better buy.
28th Jan

Physical?
29th Jan
ok so I know nothing about nintendo switch, was thinking of getting son switch lite for Xmas 2020. Will this work on switch lite? What age would you say kids need to be before they can play this game? thanks
29th Jan

No. All the better since less plastic. I wouldn't get too hung up on 'physical' when 512mb SD cards are VERY competitive at present. This helps maintain the true portability of the Switch imo.
29th Jan

It's all subjective though. I personally didn't like Okami, I had more fun with Ghostbusters.
29th Jan

Thanks OP, bought & heat added.
29th Jan
Wow 4K 60FPS support on switch
Ordered, thanks! Not on Topcashback but is on Quidco, bit odd! I'm sure it used to be on TCB.
Edited by: "Zek" 29th Jan
29th Jan

No resale value then.

That's right. Just hours and hours of fun for price of a meal out.
29th Jan

That's right. Just hours and hours of fun for price of a meal out.

I think I'll stick with physical, despite all your persuasive efforts thanks.
31st Jan
£15 too expensive for me, this game is bad