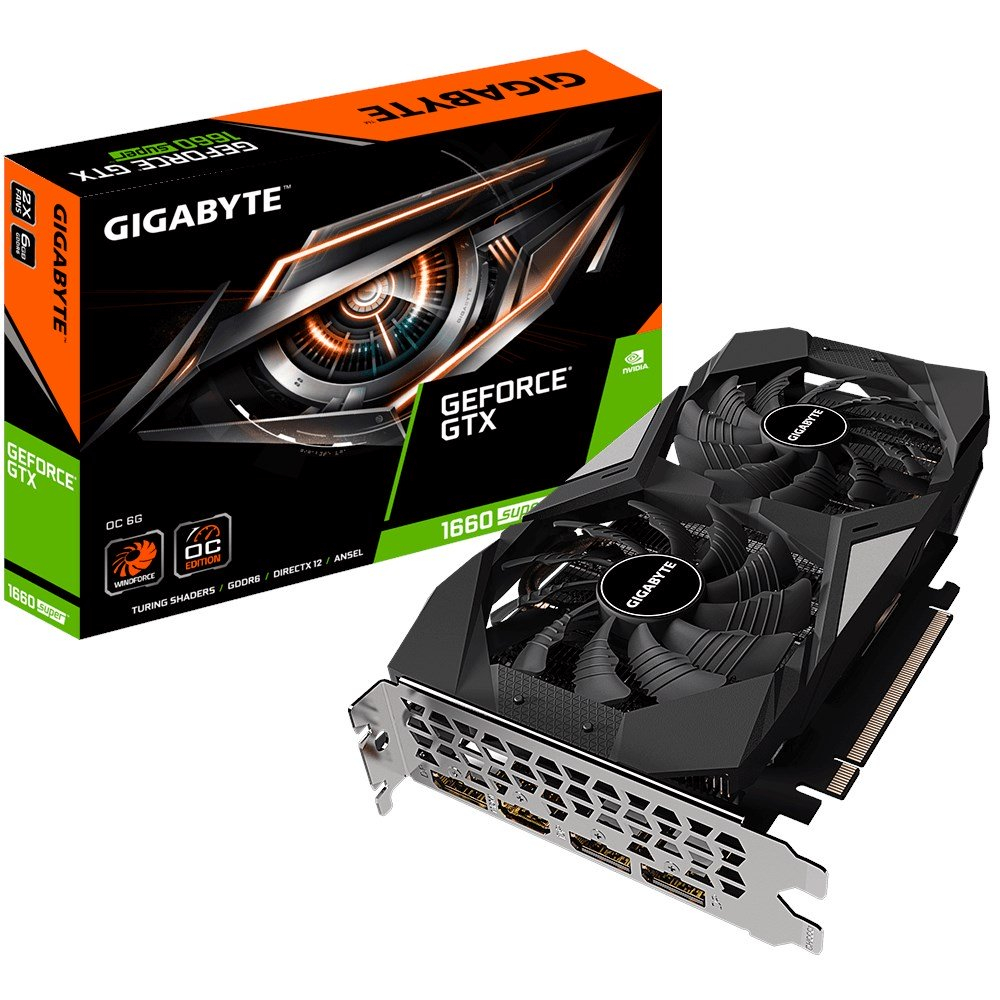 So glad I snapped this up back in Feb when it dropped below 200 (with the help of an ebay tech code) from ccl.. Haven't seen it go that low since. It was thanks to people on hukdeals I got it that low

So glad I snapped this up back in Feb when it dropped below 200 (with the help of an ebay tech code) from ccl.. Haven't seen it go that low since. It was thanks to people on hukdeals I got it that low

31st Jul
Is the 2060 worth it tho ? the rays on it are so weak that it hardly gets used .. unless its for 3d chess.
Next gen supposedly *much* better but you wont see the midrange till jan-feb
31st Jul

For DLSS 2.0 I suppose. But yeah the RT is soul sapping on 2000 cards. 3000 will be way more efficient, but like you say mid rangers will take longer. Interested in seeing how good rDNA2 cards will be.
31st Jul

Yes, DLSS sounds very good where supported plus is better than a 1660ti.
31st Jul
The sapphire rx580 8gb or this? Can someone point me in the right direction? Clueless when it comes to cards, cheers all.
31st Jul

I'd definitely go with the 1660 Super. 25% better performance. Lower temps and power consumption. The 1660 is also much newer technology.
31st Jul

Might be worth taking a look at this website, but this cards seems better based on the below.
gpu.userbenchmark.com/Com…923
31st Jul

Wish i had bought mine back then, bought mine a couple of months ago and paid £231 for it

Does yours have the faint whining.buzzing of the fans when they are nearly on full speed?
Edited by: "cannrobe" 31st Jul
31st Jul

Mine has been silent so far, although I don't think anything I play challenges it that much. I mostly play ffxiv (which is mostly handled via cpu I hear) and beatsaber on the oculus rift s
31st Jul

I pretty much don't tax it either with my game play , but i Fold for C19, so it's being used while i am not 'using' it and even when I am using it, it's still Folding in the background. Thanks for your response
31st Jul

Are you certain it's coming from the fans? What you're describing sounds more like coil whine which is usually only noticable when the card is under a heavy workload which in turn spins up the fans, and could be why you think the fans are at fault.
31st Jul

Quite possibly, you are correct, thanks for the advice. I will pull the system out tomorrow and stick my fingers in the fans and see if that stops the noise or not...i'll let you know
31st Jul

Folding@home is what you want to search for
31st Jul

I've sent two of these back due to faulty (unnecessarily loud, buzzing) fans and now have a zotac amp (much cooler and quieter). Maybe I was unlucky but quite a few others have said this is an issue.
31st Jul
currys_clearance eBay has Opened – never used more than 10 in stock for £183.75, Three fan design on picture.
31st Jul

I will check mine out tomorrow and if its the fans..
31st Jul

Looks like it's the Gaming edition too!
31st Jul

Folding@home is what you want to search for

That's a really cool cause. I may download it and contribute
31st Jul

That's a really cool cause. I may download it and contribute

Yeah, joined it again since they started folding for C19 and it runs in the background using either CPU or GPU or both, depending how you set it up. I've just gone with both and set to Medium for Power (this allows me to still play games and fold in the background). If you do decide to download, let me know and I will message you the team number I have joined. You don't need to join a team to do it, but it's always fun to put up a bit of competition with the teams
1st Aug

Just received mine this morning it's the standard 1660 2 fan do not order!
1st Aug

I paid the small extra for the EVGA 2060 as apparently it's much better for rendering.

Keeping an eye on this one though as apparently the Gigabyte is the one to go for with the fan stop tech. Waiting on delivery of the EVGA but if it's too noisy or the Death Stranding code doesn't materialise I'll send it back in favour of this.
1st Aug

Just received mine this morning it's the standard 1660 2 fan do not order!

Surprising, I think I might have a heart attack from that surprise.

thanks for letting us know, curry’s is a joke at this point with their listings.
1st Aug
A few people have mentioned DLSS. I have a 2070 super, and DLSS is incredible. It doubles my frame rates in Shadow of the Tomb Raider and Control, for no perceivable loss of quality.

If you can stretch to a 2060 instead of this card, get it. DLSS, where supported, is a game changer.
1st Aug

‌ Hardly any gamers get the 2080ti. It's way too expensive and most people aren't willing to drop that much on a GPU.
And yes even it struggles to keep 60 in a lot of games in 4k... On ultra. Tweak the settings a bit and it will do fine.
Most games just turning down shadows helps massively.

RT and 4K is not for the gamer? All the big next generation games on PS5 and XBSX will be using it, so if you wanna play in the same quality you're gonna need a card with RT.
Although I wouldn't go for a GTX2000 series for RT as they're not good at it. Saps waaay too much power.
But Big Navi and Ampere should be able to handle RT much much better so it's gonna be worth it for when the new cards start coming.

And lots of people play in 4k. I run a dual display setup with a 4k screen and a 1080p screen. I play all demanding and/or modern games in 1080p. But anything less demanding or just older, runs in 4k60 fine, and that's on my old RX580.

But at least for the games with DLSS2.0, 4k using it only uses as much GPU power as 1080p. And it achieves fantastic visual results. The GTX2000 series are probably worth it for that alone if you're on the fence over a 2060 for a bit more, or this. The 2060 is worth it just to have DLSS2.0. More and more games are supporting it and it's a game changer for making your GPU last longer in a generation.
1st Aug
still staggered how my ancient long in the tooth gtx 970 holds up against these much newer cards.
1st Aug
I have the 1650 OC variant in our rack mount game server and it works perfectly for us at 1080P.

This is a great card, only reason we are not upgrading is its only a 3U case and no room for the PCI X8 power connection.
1st Aug
I have a 1660 at the moment along with a 2600x cpu. I'm looking to upgrade my gpu soon. I guess the increase in performance I would gain from a 1660S wouldn't be worth the £200.
1st Aug

Hell no. You'd be spending 210 nicker for a 15% difference. If you want an upgrade You'll have to spend more or wait a few months and see what's up with Big Navi and Ampere cards.
1st Aug
Developers can't be assed to implement DX12, let alone RT, hell, they cant even release playable games most of the time, and if RT is patched in its rubbish. The 2060 will always be the runt of the litter, even the 2080ti is pretty much useless for 4k/RT.
1st Aug

I am 100% sure now that it's coming from the fans, after sticking my fingers in there, looks like i am going to have to send it back what a pain. The majority of the graphics cards i have in the past have been Gigabyte and have been decent, oh well, you can all but try!

Thanks for the advice though
1st Aug

Looks like you were right about the fans.....what sort of temps do you get on the Zotac at 100% load on the GPU?
1st Aug
I am using this card and am very happy with its performance.
1st Aug
I picked one of these cards up at this price from Scan last week, happy with it so far for sure.