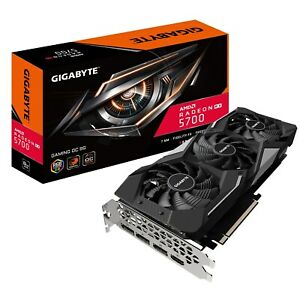 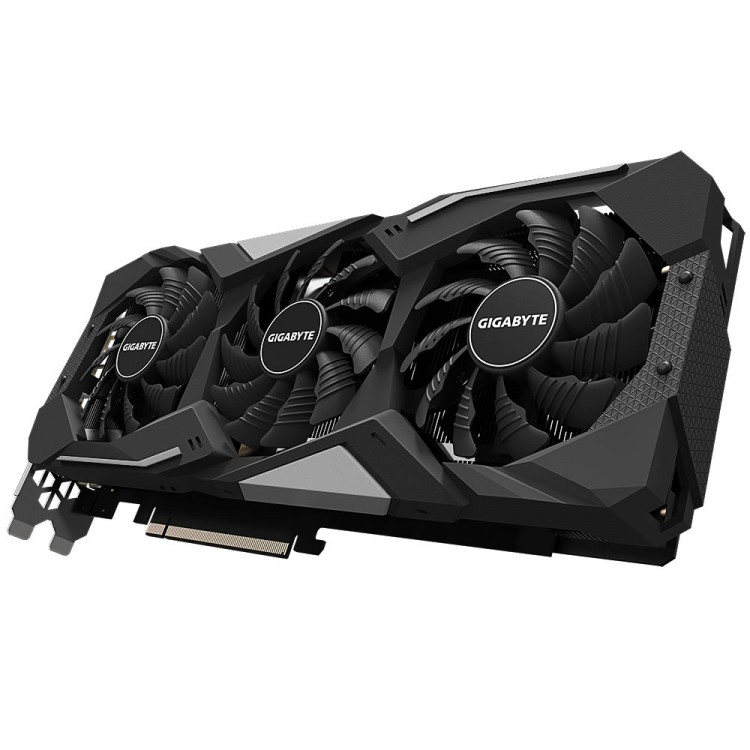 Windforce 3x cooling system the WINDFORCE 3x cooling system features 3x 80mm unique blade fans, alternate spinning fan, 5 Composite copper heat pipes, heat-pipe direct touch and 3D active fan functionality, together delivering an effective heat dissipation capacity for higher performance at lower temperatures. Alternate spinning the Gigabyte “alternate spinning” is the only solution that can solve the turbulent airflow of three fans. The biggest problem with the three fans is turbulence. Since the fans rotate in the same direction, The airflow direction is opposite between the fans, which will cause turbulent airflow and reduce heat dissipation efficiency. Gigabyte turns the Middle fan in the opposite direction, so that the airflow direction between the two fans is the same, reducing the turbulence and enhancing the airflow pressure. Unique blade fan The airflow is spilt by the triangular fan edge, and guided smoothly through the 3D stripe curve on the fan surface, effectively enhancing the airflow. 3D active fan The 3D active fan provides semi-passive cooling, and the fans will remain off when the GPU is in a low load or low power game. It allows gamers to enjoy gameplay in complete silence when the system is running light or idle. Heat pipes direct touch GPU the shape of the pure copper heat pipes maximize the direct contact area with the GPU, enhancing heat transfer. The heat pipes also cover the VRAM through a large metal plate contact to ensure proper cooling. Composite heat-pipe the composite heat-pipe combines thermal conductivity and phase transition to efficiently manage the heat transfer between two solid interfaces which increases cooling capacity.
PostTweetShare Share with WhatsApp Share with Messenger
Community Updates
EBay DealsEBay discount code
New Comment Subscribe Save for later
11 Comments
3rd Feb
Total bargain.
3rd Feb
Mmmmmm.... so tempting to buy this and flash it to an XT...
3rd Feb

You can get the xt of this for 338 too
3rd Feb
When I saw the small picture, I thought it was the batmobile with a snow plow on the front
4th Feb

Why pay an extra £50 when you can flash a BIOS for free? AFAIK this card has the exact same cooler and specs as the 5700 XT model, so there's literally no reason to pay more.
4th Feb

You will void the warranty flashing it, if you mess anything up of course if not then go for it
Edited by: "DealsDen101" 4th Feb
4th Feb

Fair do's then nice way to save your self £50
5th Feb
How do I claim the free games after I buy this?
5th Feb

How do I claim the free games after I buy this?

You need to install the GPU, you will then be able to claim them
5th Feb

You need to install the GPU, you will then be able to claim them