Under 1KG in weight! I've been researching for the week leading up to black Friday, looking for an i7 11th gen with 16GB RAM in a 13-14" factor. This dropped by a £100, bringing it to the cheapest I've found that met the criteria.

The downside - there are no reviews of this online! There are previews from September when it was announced, but I can't see any video reviews or actual reviews. Update: A review has gone up: notebookcheck.net/Gig…tml (TLDR: cooling restricts the CPU's full potential).

Closest alternative I was considering was the Dell Inspiron 14 5415 that's currently £520 - but thats Ryzen 5700U (a good CPU), but only 8GB ram. I'd need to upgrade, which is possible, but to put the same stick in and buy from Dell would have been an extra £76. Still leaves it £100 cheaper mind (and you could potentially get the ram cheaper if you don't mind voiding your dell warranty).

Update: Additional alternative options could be the Razer Book 13: laptopsdirect.co.uk/raz…asp. Slightly older i7 (though still gen 11), smaller hard drive, but bigger screen (1920x1200) for £650. Reviews in UK state some hassle if needing to return as they don't have a UK based centre. 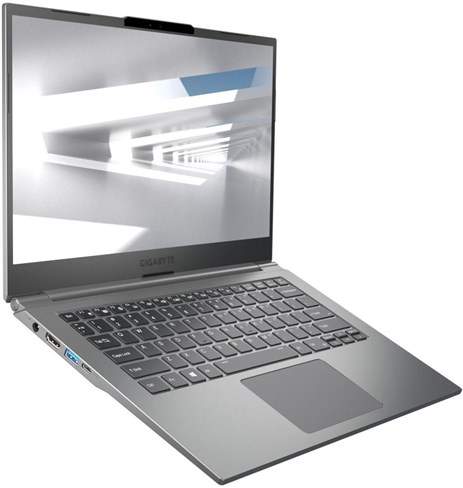