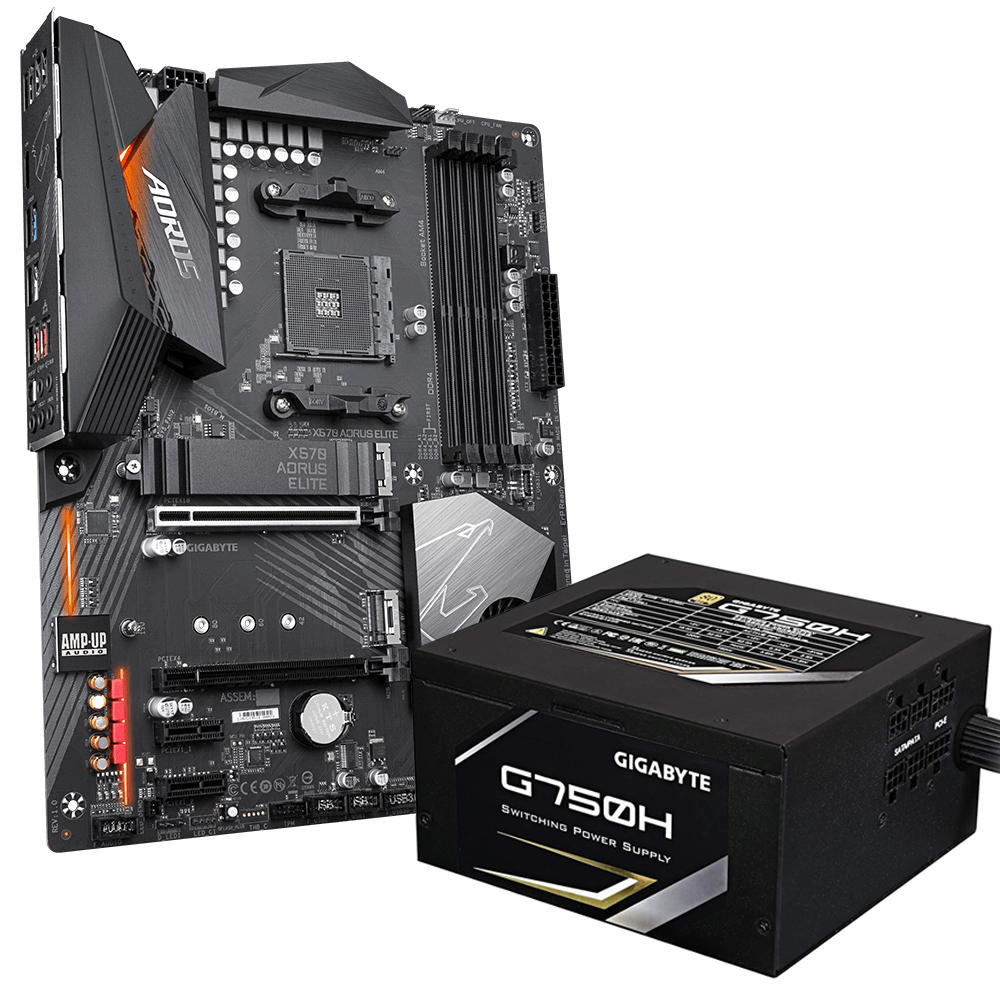 You may of course want a higher end PSU or have your eye on another one elsewhere, if that's the case you can maybe use this one in another system, or move it on. The price of this board is currently £180.97 on it's own and the PSU a little over £60 delivered, at £189.99 for the bundle, there's not a huge amount to grumble at.

How do I get this bundle?

Select the Free Gigabyte G750H PSU as seen in the image below, check the price stays at £189.99 and check out

More info on the PSU HERE 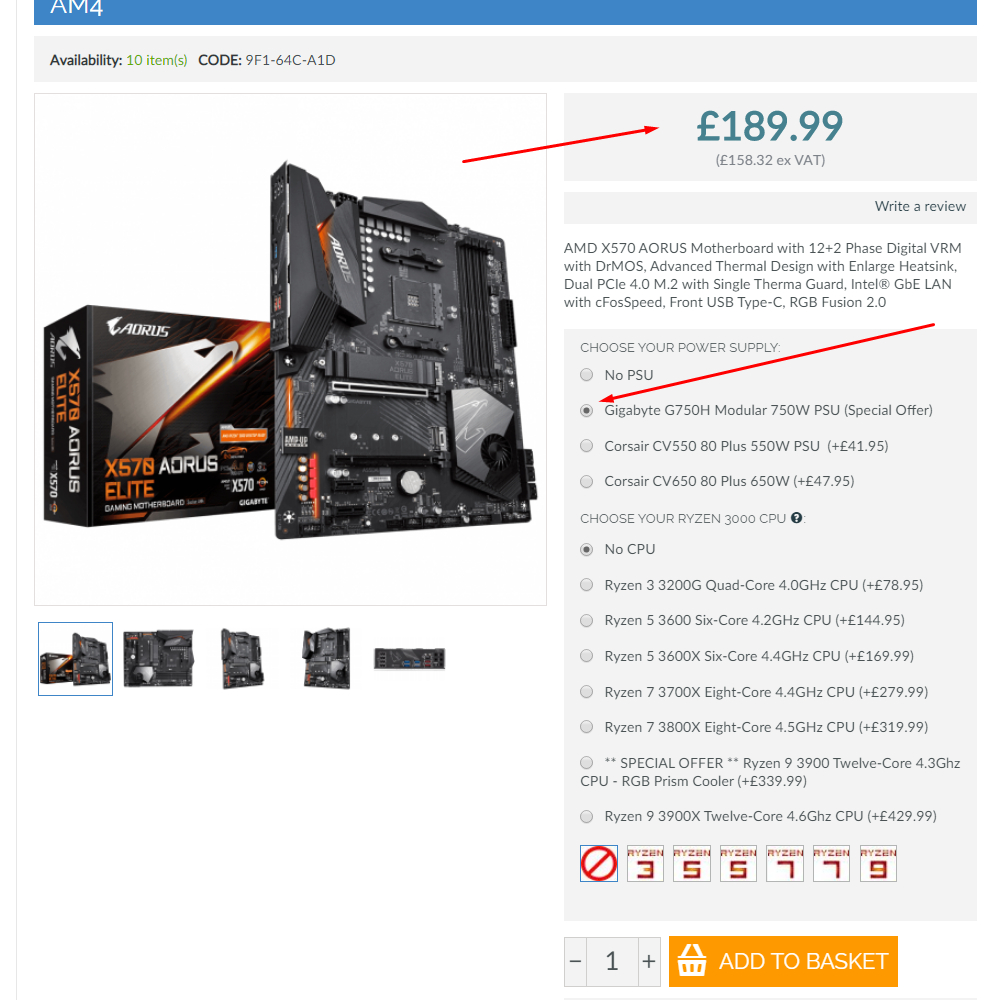 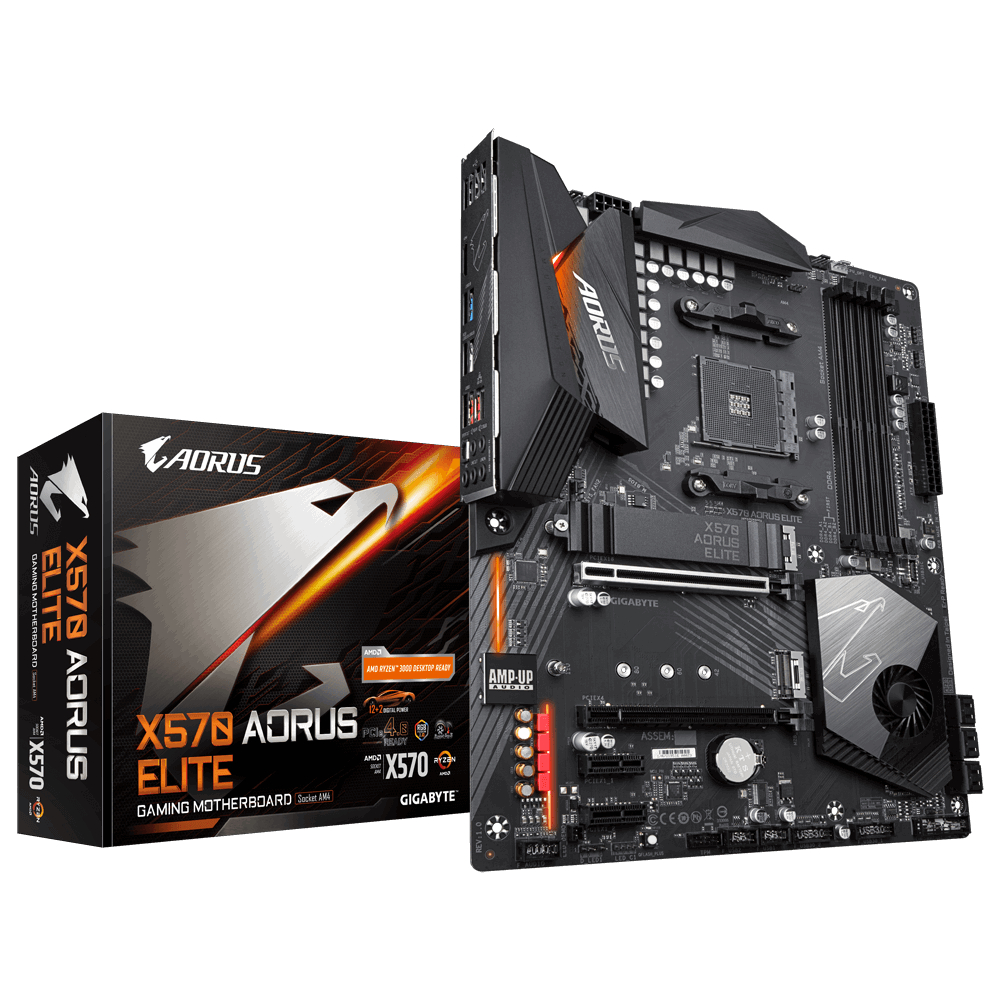 LOL, random!
Should be in the instructions mate, or trial and error. They should mark the SATA ports really to help with this as it can be a bit annoying.
17th Feb

"PCI_E4 slot will be unavailable when an M.2 SSD is installed in the M2_2 slot."

Sata ports shouldn't be disabled from what I can see on the MSI page when installed in the TOP M.2 slot.
Edited by: "Solado" 17th Feb
17th Feb
Bargain for the mobo, although when i got one with the steam voucher deal the steam vouchers seem to of got lost in the void.
Hope they are better at honoring the PSU.

Board itself is quite good but the fan setup is dire, hardly any headers and the fan control in the bios appears to have random results.
17th Feb

I think you are thinking of the Tomahawk which has 6 SATA ports but 2 of them are disabled when using the M.2 Slot.

The Mortar only has 4 SATA ports but none of them are disabled when using either M.2 slot - The second M.2 slot does however share the PCIe 2.0 x4 slot, hence why it only runs at half speed.

The Tomahawk can also have an additional half speed M.2 slot but would need to use an expansion card.
Edited by: "Gormond" 17th Feb
17th Feb
anyone recommend a budget board for a 2600 build please ?
17th Feb
£529.98 not back for this mobo, free 750w PSU and 3900X
17th Feb
Damn I hope some decent motherboards go on offer soon, as I'm also building a new pc
17th Feb

anyone recommend a budget board for a 2600 build please ?

Depends what you mean by budget, I wouldn't go less than a MSI B450-A Pro Max.

anyone recommend a budget board for a 2600 build please ?

I have the original B450 Mortar (non max). I have a sabrent nvme in the top m2 slot, I also have a samsung evo960 nvme in the bottom m2 slot. I also have 2 500gb SSD's also connected to two sata ports. I don't think the remaining other two ports would work now with this configuration. check the mortar manual for the combinations you can have.
18th Feb
Kudos for seller. They called me that cs gave me wrong info. I already cancelled order so they say the board is out of stock now and i can choose any other x570 board and get psu. I went for msi gaming edge wifi. Solid board for 6 core ryzen. Hope this time seller makes it right