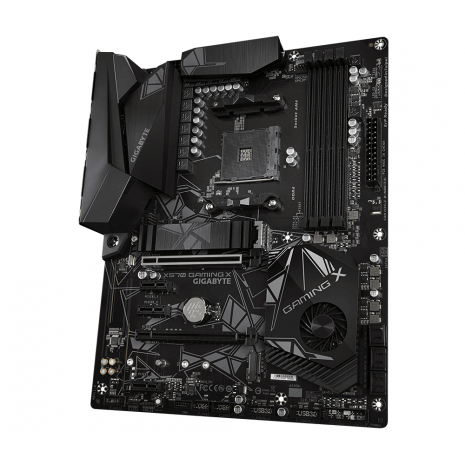 so i was thinking, are they overcharging for the gaming X, well the cheapest place is £149 by amazon... which is usual between sellers they all cant be the same. which if u look at 3xcamels, its had a price drop since xmas from just over £159, but was £139 in January,

under the Aorus elite version board its a £79 charge for the psu.

To be fair x570 isn't the greatest thing ever now is it! Unless you really want PCIe 4 benchmarks to show off with haha
24th Feb
G-crew, reporting for duty (This isn't for me, though, but hey, nice to spot a glitch in time for a change)
24th Feb
That'll be the board everyone returns, just going by my latest shopping trip everywhere sell these open box. Cba checking reviews too tired. Get back to sleep!
24th Feb
Too late to redeem cashback ended on the 15th.
24th Feb
Good morning.
24th Feb
I have my glitch alerts linked to my home alarm system. You've woken my entire street.
24th Feb

Hello Neibours!
24th Feb
Would of been even sweeter with the cash back on top., but still its a glitch with that PSU, they are charging £79 for it in the next motherboard which is the Aorus elite version. i appolgies if i woke anyone up, will wait for morning if i come across any more glitches.
24th Feb

oh thats nice to hear, u read the updated version though
24th Feb

oh thats nice to hear, u read the updated version though

Keep it up Sarden! Early bird... and all that!
24th Feb
Good deal but is the board any good?
24th Feb
No 5G, camera poor and battery live crap. Voted hot!
24th Feb
Nothing here...back to sleep guys!
24th Feb
Hi, I deleted the G word from the title. I believe this is an intended offer, as we've seen very good freebies like this previously.

And also a free choice of ASUS mouse in this one hotukdeals.com/deals/gaming-motherboard-asus-mouse-bundles-eg-asus-rog-strix-b450-f-rog-gladius-ii-origin-oem-mouse-10995-delivered-at-awd-it-3409018
Edited by: "Ken" 24th Feb
24th Feb

You have woken up half of HUKD ‌

More than half I believe ‌
Edited by: "ather7851" 24th Feb
24th Feb
The board is 10 quid cheaper on amazon, the 3600 is 10 quid dearer. So in summary. You're getting a free PSU for using AWD IT.
24th Feb
Yeah novatech ran it last week so defo not a glitch however it’s a good deal. I paid 135 for the two and very happy at that
24th Feb
Gigabyte give these PSUs to various suppliers to bundle in as offers with their Mobos - If you're interested in a different Mobo - which isn't showing the free PSU as an offer, I'd give them a ring to see if they'll bundle it in.

no longer works, so it was a glitch!

it was a glitch, as they are now charging £79 in this bundle now.

In all fairness, they've been giving away this PSU on different X570 boards. It comes and goes. I don't believe this was a glitch, only a promotion. 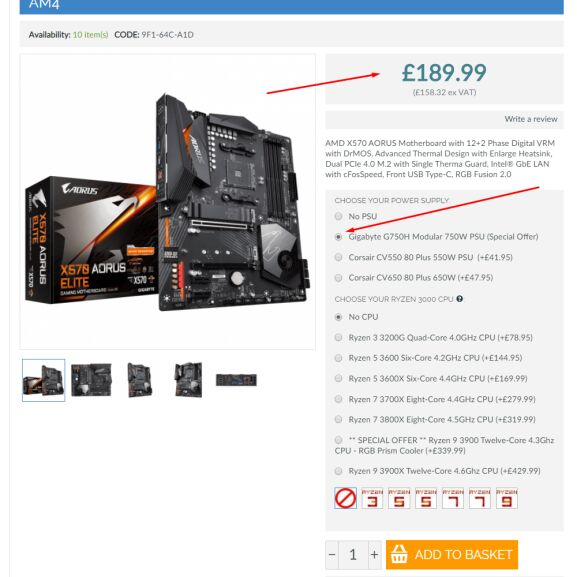 I checked on a previous deal to see if they had the PSU available for B450 boards though it wasn't the case, but upon searching for X570, they even had an image of the PSU embedded in to the motherboard image on the search results.
Edited by: "rev6" 24th Feb
24th Feb
1000% its not a glitch, different retailers have been offering this PSU out for free recently with the X570 range.
24th Feb
well i did say possible "glitch in it"...... considering one board charged £79.... and the other didnt..... neither did it say free psu, just didnt state get a free psu either, either way was a deal.... and possible glitch or not. - the end.