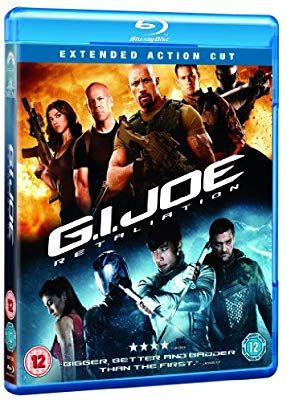 
The greatest American Heroes are back”* and they’ve been set up to take the fall for a terrible crime they didn’t commit. Now, the G.I. Joes must once again face their mortal enemy, Cobra, as well as dangerous new threats operating within the government. When all else fails, one option remains: Retaliation. Roadblock (Dwayne Johnson) leads a new team (including Bruce Willis) on this explosive adventure that critics are calling "unlike any action movie you've ever seen. A thrilling ride that leaves you wanting more!"**