Gish isn't your average hero. In fact, he's not your average anything...you see, Gish is a ball of tar. A Sunday stroll with his lady friend, Brea, goes awry when a shadowy figure emerges from an open manhole and pulls Brea below ground. Following Brea's calls for help, Gish suddenly finds himself in the subterranean sewers of Dross, a long forgotten city filled with twisting corridors, evil traps, and some of the most demented creatures imaginable.
With his gelatinous structure as his only means of defense, Gish must follow the echoing cries of his damsel in distress deep within the earth below. What freakish creatures dwell in this subterranean land? Who is Brea's captor? And just how far down does the rabbit hole go?
Life isn't easy when you're a 12 pound ball of tar... 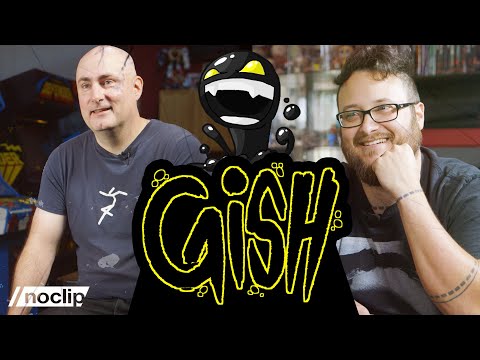 1st Feb
Copyright!!......my nickname since the late 70's.
Edited by: "GishG" 1st Feb
1st Feb
Hot but as mentioned in one of the Steam reviews, a version of this game as available for free here: chroniclogic.com/gis…htm
Edited by: "MPLP" 1st Feb
2nd Feb
Gish kish