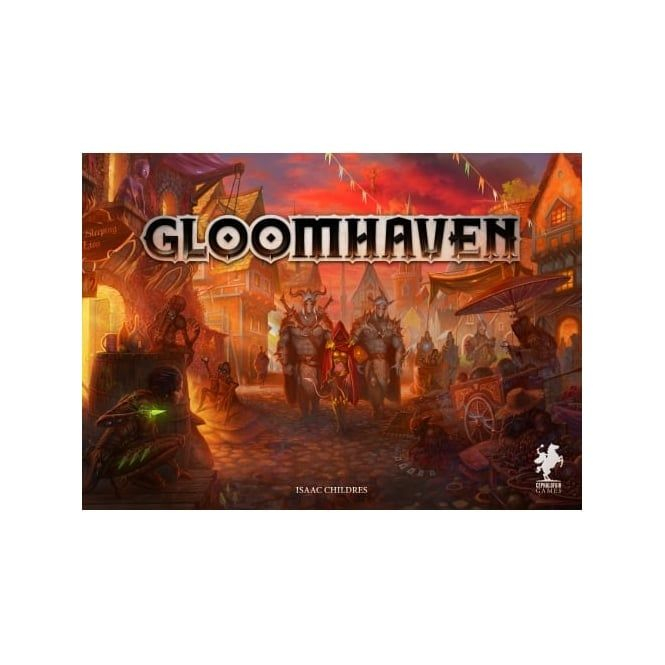 A board game of cooperative card-driven tactical combat in a persistent, ever-changing campaign world. 1-4 players, 30 min. per player.
It's a grim but lucrative business being a mercenary out on the edge of civilization. You must explore the harsh wilderness and engage in deep tactical combat, where the decisions you make have an impact not only on your own character, but also the world around you.
Gloomhaven is cooperative game of card-driven combat set in a persistent fantasy campaign which will change and grow as you play the game

Not the cheapest it's been but a good price for an amazing game...
PostTweetShare Share with WhatsApp Share with Messenger
Community Updates
Magic Madhouse DealsMagic Madhouse voucher codes
If you click through or buy, retailers may pay hotukdeals some money, but this never affects which deals get posted. Find more info in our FAQs and About Us page.
New Comment Subscribe Save for later
17 Comments
25th Dec 2019
I do fancy getting this game, hopefully it will reduce further in price!

It is, not sure when though. He is also making another game on the same scale called frosthaven
25th Dec 2019
Is it worth the cash? Compared to Catan etc?
25th Dec 2019

Is it worth the cash? Compared to Catan etc?

In my opinion yes. Its rated the best board game on boardgamegeek.com (the go to website for gamers) and its a huge box full of stuff!
25th Dec 2019

Is it worth the cash? Compared to Catan etc?

You get a LOT of stuff in and is effectively your gaming nights for the forseable future sorted. I've not got it as don't have the time to invest to make it worth it but I'd love to have a go.
25th Dec 2019
Incredible price for an epic game. I've got a group of 4 and we play this every fortnight or so. No sign of it stopping any time soon and there is an expansion pack out now for if we're not fed up when we finish the campaign.
25th Dec 2019

Frosthaven is an expansion for this.
25th Dec 2019

Frosthaven is an expansion for this.

I love this game! And the value is huge - you’ll be playing it for months!

More like years. Yes, there is a light version coming out planned for this year I believe. Frosthaven is coming to Kickstarter in early Q2 this year I think. However, great game for the price.
25th Dec 2019

Frosthaven is an expansion for this.

Not true. Frosthaven is a fully standalone sequel that, while being compatible with components from Gloomhaven (playable characters, items etc) doesn’t need anything other than what it will come with to play.
26th Dec 2019

what's the solo play like if it exists at all?

You basically just control more than 1 character. You could run all 4 on your own if you wanted to.
26th Dec 2019

what's the solo play like if it exists at all?

You just increase the difficulty level (strength of monsters traps etc) to compensate for the fact you'll know what order and actions each character is doing (in a multi player game players aren't meant to say exactly what they are going to do to simulate the fog of war). It works perfectly well and is recommended
29th Dec 2019
Just found that magic Madhouse do 5% student discount through studentbeans