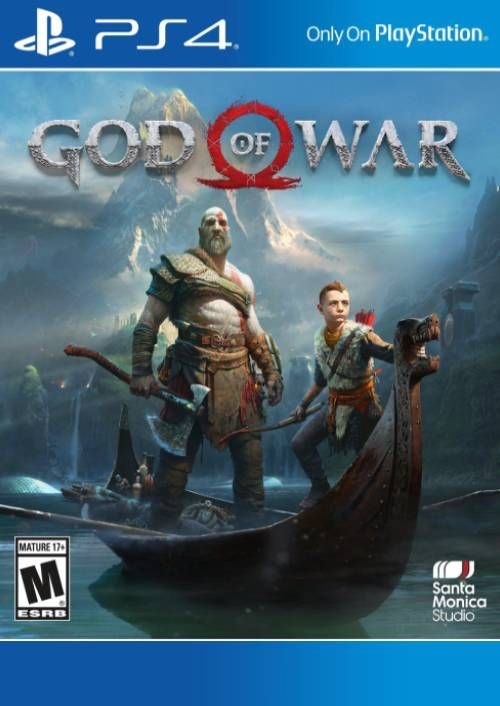 Game must be redeemed, downloaded and installed from a US PSN account, however game is playable on a UK PSN account.

A Darker, More Elemental World — From the marble and columns of ornate Olympus to the gritty forests, mountains, and caves of Pre-Viking Norse lore, this is a distinctly new realm with its own pantheon of creatures, monsters, and gods. With an added emphasis on discovery and exploration, the world will draw players in to explore God of War’s breathtakingly threatening landscape—by far the largest in the franchise.
Vicious, Physical Combat — With an over the shoulder free camera that brings the player closer to the action than ever before, fights in God of War mirror the pantheon of Norse creatures Kratos will face: grand, gritty, and grueling. A new main weapon and new abilities retain the defining spirit of God of War while presenting a vision of violent conflict that forges new ground in the genre.
PostTweetShare Share with WhatsApp Share with Messenger
Community Updates
CDKeys DealsCDKeys voucher codes
New Comment Subscribe Save for later
8 Comments
24th Jan
🔥🔥🔥 hot!
Edited by: "marc1982" 24th Jan
24th Jan
absolute gold this game - best on ps4 imo
24th Jan

Agreed. First GoW game i have played and it is just incredible. Absolute steal for this price.
Edited by: "karlarmstrong" 24th Jan
24th Jan
Looks like it's just US? (Lookin' for Canadian!)
24th Jan

I'll edit the post, but I can't see why it wouldn't to be honest.
24th Jan
Have they hiked the price up due to its popularity
24th Jan
Does this really need to be posted 3 times in 3 weeks from the same place?
Edited by: "PaulParsons" 24th Jan
24th Jan

Does this really need to be posted 3 times in 3 weeks from the same place?

I used to asked the same question but was repeatedly told the policy line is ‘50p is 50p’ etc so I stopped worrying about it.