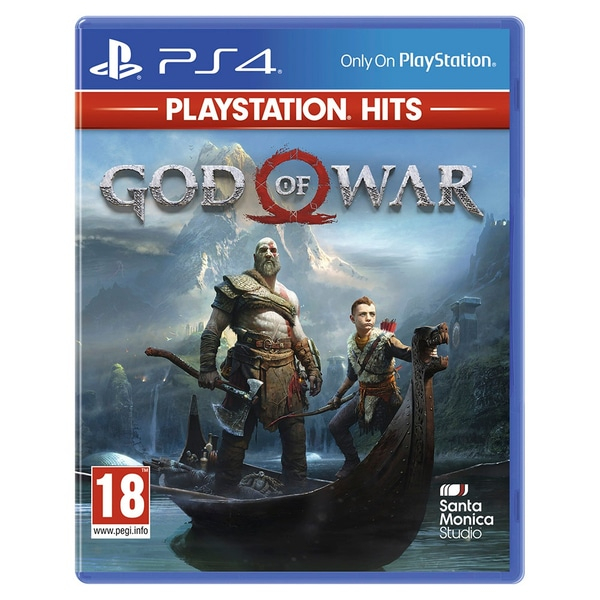 Sign up to get free delivery or you can click and collect.
£11.99 from Currys with free 6 Months Spotify Premium

Features
Product Description
The God of War has changed… and this is not the Kratos you know.
A difficult and unfamiliar road awaits as you explore a stunning retelling of a classic story. Join Kratos as he adventures through a deep and reflective journey of growth, violence and the desire to become a better man for the sake of his son. In a world of monsters, dragons and gods, the weight of responsibility rests heavy on your shoulders – and when your life is filled with blood and chaos, how can you prevent the mistakes of the past in order to protect your future?
PostTweetShare Share with WhatsApp Share with Messenger
Community Updates
Smyths Toys DealsSmyths Toys discount code
If you click through or buy, retailers may pay hotukdeals some money, but this never affects which deals get posted. Find more info in our FAQs and About Us page.
New Comment Subscribe Save for later
7 Comments
16th Dec 2019
Get to bed!
16th Dec 2019

These guys are new and aren't established enough for HUKD to accept posts for them, but I bought Borderlands 3 (£19.95) and Resi 2 remake (£9.95) during the BF sale, and they arrived new & sealed. They accept PayPal too.
16th Dec 2019
Smyths black Friday prices are back no brainer at this price, such an impressive game
19th Dec 2019
Thanks this will make a nice stocking filler for the other half (and me)