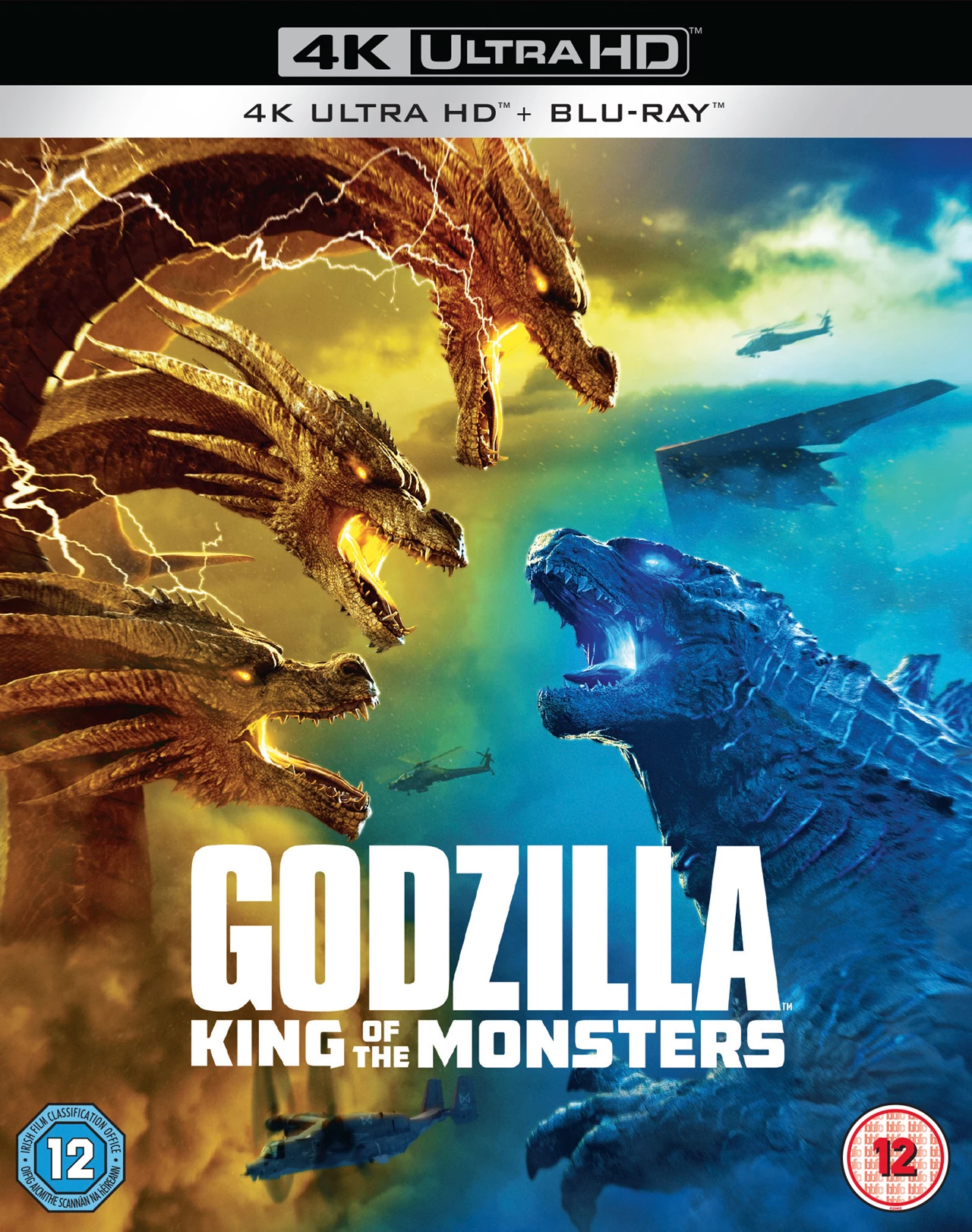 Right, haven't seen this yet and aware of mixed reviews so no opinions until I watch it please

For those who missed out on 2 for £30 like me, thought this was next best thing.


The new story follows the heroic efforts of the crypto-zoological agency Monarch as its members face off against a battery of god-sized monsters, including the mighty Godzilla, who collides with Mothra, Rodan, and his ultimate nemesis, the three-headed King Ghidorah. When these ancient super-species—thought to be mere myths—rise again, they all vie for supremacy, leaving humanity’s very existence hanging in the balance.
PostTweetShare Share with WhatsApp Share with Messenger
Community Updates
Amazon DealsAmazon discount code
New Comment SubscribeSave for later
22 Comments
6th May
It was one of the best films released last year in my opinion, but then I don’t treat every film as having to be an Oscar worthy presentation and if not, declaring it as “garbage”.

Good price and an absolutely fantastic 4K disc. Atmos sounds fantastic on it.
6th May

but it really was garbage . CGI was good but thats it
6th May
Wouldn't say it was garbage but was nothing outstanding for me
6th May
BR £6.99
ATV £9.99

I mostly buy movies for Atmos / dtsx / ImaxE sound so i would look at normal BR disc / 4k disc / Apple TV and buy the cheapest.
Edited by: "AJ92" 6th May
6th May

but it really was garbage . CGI was good but thats it

I’ve watched it more times than I can count and still I’m not sick of it. I love it.

Atmos is pants via streaming. Definitely wouldn’t look there for it. Sounds far too muddy for my liking.
Edited by: "Biddy2" 6th May
6th May

Do i need a certain tv to enable dolby atmos? I have a q80r soundbar an 4k player, two hdmi from 4k player to q80 soundbar (1 for audio 1 for video as they tell you to do) then earc hdmi from soundbar to tv earc hdmi, yet i still see no option in the tv settings to enable atmos?
6th May
It's €10 on amazon italy and only €5 if you manage to add 4 more movies in the buy 5 get 50% off.
amazon.it/dp/…U7H
6th May

No not at all. Your Q80R (from a quick Google) is capable of Atmos so it’s just a case of making sure you have the right input selected. It sounds like the issue I have where my TV tries to override my 4K player by pushing through ARC audio. When I use my 4K player, I have to choose the input that my player is connected to on my receiver (your Q80R in this case) in order to get the correct audio.

Can I ask why you’re using two HDMI outputs on your player? It’s there for if your receiver (in this case your Q80R) cannot pass through HDR/Dolby Vision. Your soundbar seems capable of that so you only need to really connect one HDMI.

Yeah the q80r is a Dolby Atmos soundbar, the TV is a Samsung mu7000 4k TV. It says on the net to have two hdmi coming out the 4k player one for video one for audio? (Video signal is output hdm1, audio signal is output hdmi 2). Tbh I find it all abit confusing, I'd expect the TV settings to show up a Dolby Atmos setting once the 4k player is on. I'll try the sound output settings on the player itself. Current 4k player settings are here. 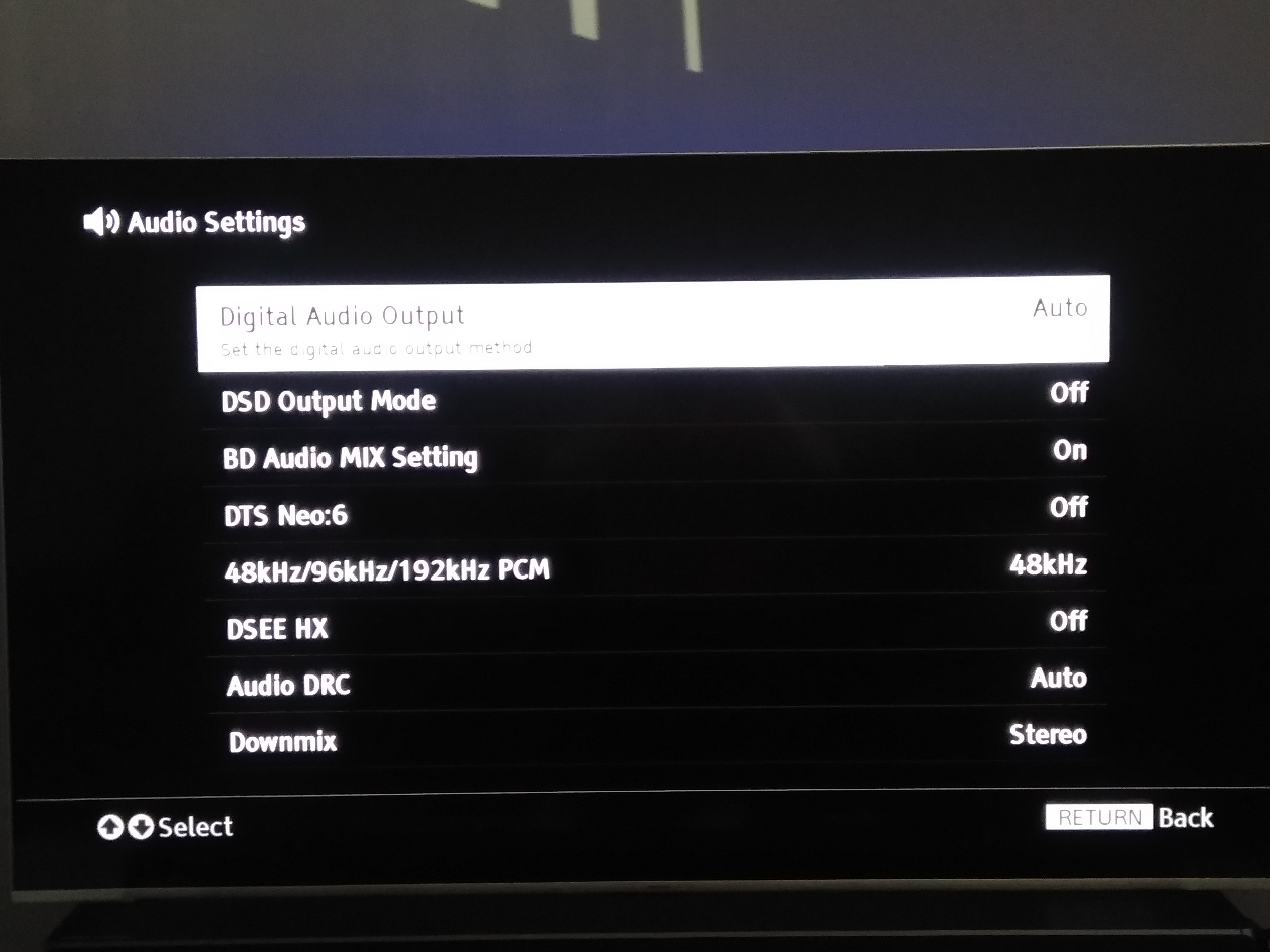 Edited by: "Tanktop_Master" 6th May
6th May
Worst film I've seen in the last few years I think, so much worse than either of the first films.
6th May
Entertaining fluff
3D br is excellent
6th May

I agree thoroughly enjoyed it! ‌ ‌ But we seem to in the minority Biddy2!
6th May

Do you know the model of your 4K player? Those settings seem ok from what I can see but you shouldn’t need to use both HDMI outputs still. Manufacturers mainly included it because lots of AV receivers out there don’t support HDR passthrough (your Q80R does support it). They also say it can provide better quality audio/picture but I haven’t noticed. I have to use 2 HDMIs for example as my receiver doesn’t pass through HDR10+ despite it supporting HDR and Dolby Vision. So I have one HDMI outputting to my TV and the other to my receiver for the audio.

You won’t see Atmos showing up until you are actually playing a film with Atmos on the disc. Every stage leading up to that (including the disc menu) won’t show it. According to the instruction manual, it should display on your soundbar’s front display.

That’s because we have better taste than all these reprobates.
Edited by: "Biddy2" 6th May
6th May
Love it when Godzilla charges up & unleashes his mega breath! ‌ ‌ ‌ ‌ ‌
6th May

Me and my daughter love it too. You're not alone.
6th May

Cheers buddy, tinkered with a setting on the Sony usp-800 4k player. Just noticed 'dolby atmos' pop up on the soundbar at the side 😁
Edited by: "Tanktop_Master" 6th May
6th May
This is on the 5 UHDs with 50% off on Amazon Italy so it's much cheaper however you need to buy 4 others
Edited by: "ml337" 6th May
6th May

Nice. Enjoy.
15th May
Such a boring film. People mock the 1998 Godzilla, but that film was fun and kept me interested. The new Godzilla films I lose interest quickly.
Edited by: "neomax1986" 15th May