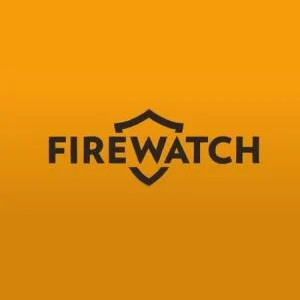 A Note: Firewatch is a video game about adults having adult conversations about adult things. If you plan on playing with a younger gamer, that might be good to know going in.

Short, linear and very little actual "game". No idea why I like it so much.

Amazing characters, good writing, good music, beautiful scenery...
13 Comments
6th May
Make sure you get a hug before and after playing the game
6th May
Short, linear and very little actual "game". No idea why I like it so much.
6th May

Short, linear and very little actual "game". No idea why I like it so much.

Amazing characters, good writing, good music, beautiful scenery...
6th May
Loved this. Would love something else from the same makers.
6th May
I have this on the PS4. It's a delightful little game. Must play and at this price, very hard to deny. Good deal.
6th May
Waiting for price drop on Switch. It's on my wish list!
6th May
£1.41 @ GoG (Chile) for those with a VPN
Edited by: "MrCollective" 6th May
7th May
The start and middle of this game is superb, the ending is sadly not.

Still a great 8/10 game from me.
7th May
Great game
7th May
Didn't like the end personally.
7th May
I wish PS4 games would be that cheap
7th May
You should update the title, this is for Mac and Linux too.
13th May
Don't buy this expecting a game! Buy this for the story and amazing feel to the world. It is as they say, a walking simulator. You will complete it in 3-4 hours depeding on how much you take your time. So yeh, don't buy this expecting a massive game. Just enjoy the world and the short story.