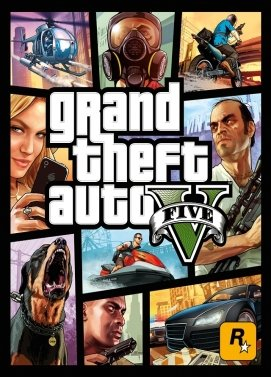 Grand Theft Auto V for PC is an action adventure game, the fifth in the GTA series. As with the other games in the series, you score points by committing crimes. The game alternates between third-person narrative and play and first-person play, and you play as three criminals trying to avoid a determined government agency and committing heists. You do not pick just one character to play as, the game’s narrative jumps from one character to the next.
PostTweetShare Share with WhatsApp Share with Messenger
Community Updates
Instant Gaming Deals
If you click through or buy, retailers may pay hotukdeals some money, but this never affects which deals get posted. Find more info in our FAQs and About Us page.
New Comment Subscribe Save for later
2 Comments
29th Nov 2019
£8.47 and can get 5% off with Facebook discount code @ cdkeys.com/pc/…key
29th Nov 2019
It's currently £8.24 in Rockstars BF sale.