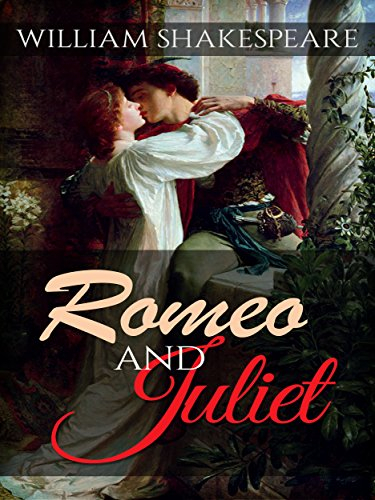 Where Do I Begin ? 2,418 ratings Scores 4.6/5
Romeo and Juliet is a tragic play written early in the career of William Shakespeare about two teenage "star-cross'd lovers" whose untimely deaths ultimately unite their feuding households. It was among Shakespeare's most popular plays during his lifetime and, along with Hamlet, is one of his most frequently performed plays. Today, the title characters are regarded as archetypal "young lovers".

This is undoubtedly the greatest love story ever written, spawning a host of imitators on stage and screen, including Leonard Bernstein's smash musical West Side Story, Franco Zeffirelli's Romeo and Juliet filmed in 1968, and Baz Luhrmann's postmodern film version Romeo + Juliet. The tragic feud between "Two households, both alike in dignity/In fair Verona", the Montagues and Capulets, which ultimately kills the two young "star-crossed lovers" and their "death-marked love" creates issues which have fascinated subsequent generations. The play deals with issues of intergenerational and familial conflict, as well as the power of language and the compelling relationship between sex and death, all of which makes it an incredibly modern play. It is also an early example of Shakespeare fusing poetry with dramatic action, as he moves from Romeo's lyrical account of Juliet--"she doth teach the torches to burn bright!" to the bustle and action of a 16th-century household (the play contains more scenes of ordinary working people than any of Shakespeare's other works). It also represents an experimental attempt to fuse comedy with tragedy. Up to the third act, the play proceeds along the lines of a classic romantic comedy. The turning point comes with the death of one of Shakespeare's finest early dramatic creations--Romeo's sexually ambivalent friend Mercutio, whose "plague o' both your houses" begins the play's descent into tragedy, "For never was a story of more woe/Than this of Juliet and her Romeo". --Jerry Brotton

Isn’t this on Netflix?