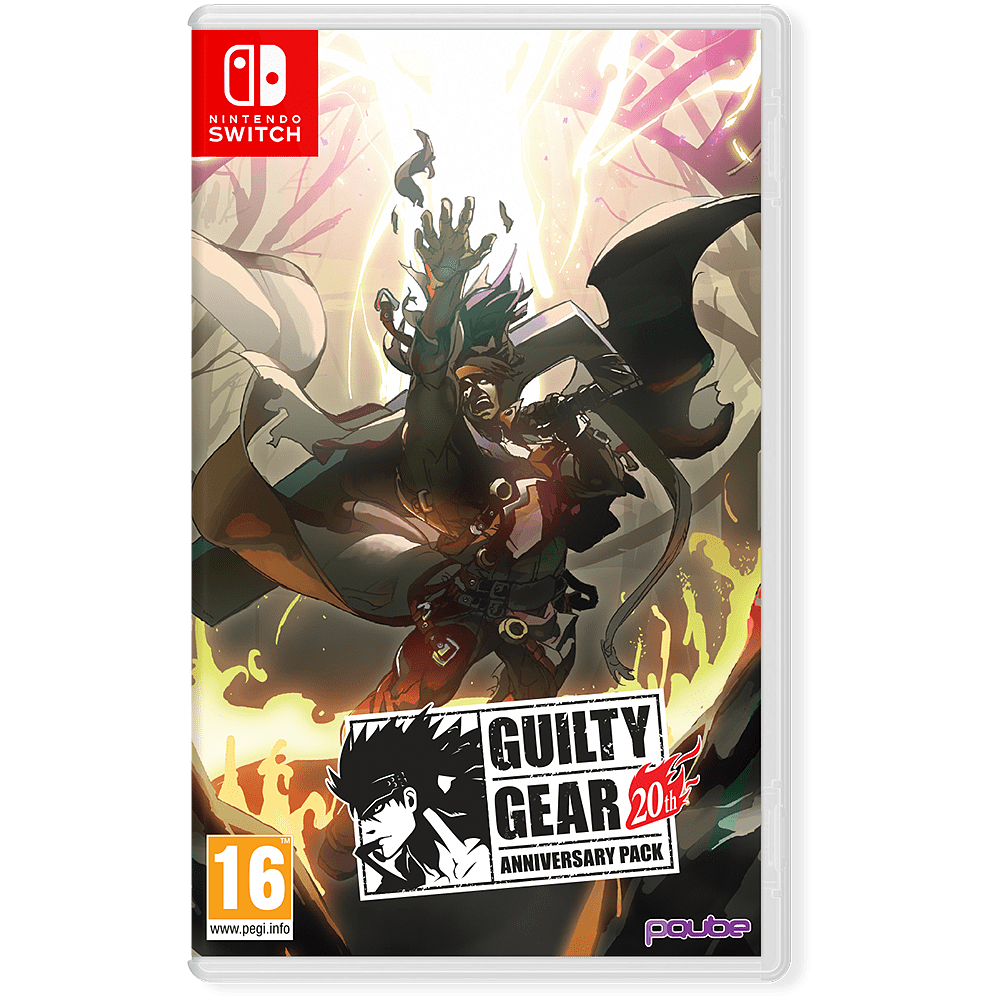 Very good price, but sadly, the shipping price is what it is...even with it, that remains the cheapest I could find though.
Good for collection via goodies and art book, otherwise, probably cheaper to wait for the games in sales on the eshop.


Run it back with your main characters and friends from the 90s or discover where one of the best and mechanically richest fighting games descends from - at home and on the go on Switch!


Features:
Day One Edition - In a unique bundle, get a message from Ishiwatari to the fans, and an art book of never-seen before Guilty Gear art work!20 Years in the Making - The original Guilty Gear and GUILTY GEAR XX ΛCORE PLUS R are brought together in one package on Switch!A European Release - Experience Accent Core Plus R with English, French, Spanish, Italian, Portuguese, and German subtitles, plus Japanese, Korean and Chinese (traditional and simplified)!The Anniversary Double Pack - The first and last of the gorgeous 2D sprites games of the franchise!Top-tier Fighter - The finest and most complex Guilty Gear games reunited after 20 years! ΛCORE PLUS R - Rediscover the original cast of 25, still the only Guilty Gear with all the best characters!Guilty Gear - Enjoy a hardrock soundtrack and an epic anime story that has fascinated fans for two decades!The Final Chapter - ΛCORE PLUS R is the final installment and epitome of the Guilty Gear XX series, with the most polished mechanics of all!ΛCORE PLUS R - Enjoy online play for the game, and practice your Dust and Roman Cancels!
PostTweetShare Share with WhatsApp Share with Messenger
Community Updates
GAME DealsGAME discount code
New Comment Subscribe Save for later
10 Comments
30th Apr
I will never buy from GAME I ordered a switch game 4 days later they cancelled the order without saying anything to me. And please don't get me into their so called NEW games that come not sealed.
30th Apr

Never had a new game come unsealed in over 6 years of ordering online with em, their online support is pretty bad in general tho, the unsealed thing could be said for a few companies, I once used Granger games and all my new orders came unsealed and had obvious signs of being 2nd hand.
Edited by: "Derpsauce" 30th Apr
30th Apr

I had games unsealed from Games before, some clearly pre-owned copies.
30th Apr

I had games unsealed from Games before, some clearly pre-owned copies.

I dont doubt it, I've heard of it many times just never had it happen myself sofar
30th Apr

I had games unsealed from Games before, some clearly pre-owned copies.

Yeah had a few over the year but its like 1 in 20 or so come unsealed,
30th Apr
Its a good price for the two GG entries but is GAME now charging high delivery charges to make up for their stores being closed? Sorry but £4.99 for the cheapest delivery option is too much compared with competitors who offer free shipping or next day delivery for cheaper.
30th Apr
Thanks fat ashley but I'm not paying you £4.99 for delivery
30th Apr

I noticed most of the time, the total price of their saled game is the same as other shops. For example, this game was at £19.85 on Base.com (until it ran out of stock today).Can't be 100% sure, but my guess is they try to attract people with a very "flashy" low price but then sell it at the same price than other shops by saying it's for delivery.
30th Apr
I had this game on PS1
30th Apr
VOLCANIC VIPER!!!