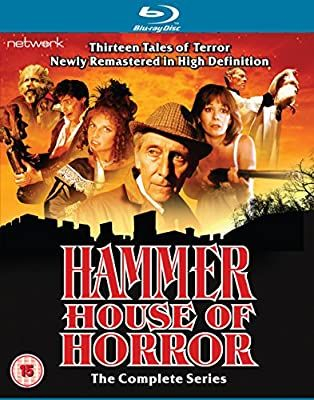 Product Description
This star-studded anthology from Hammer Films presents thirteen unforgettable tales of spine-chilling terror. Reimagining classic Hammer themes in a contemporary British setting and signalling a new direction for the legendary film studio under the aegis of producer Roy Skeggs, the series blends the supernatural with a very modern horror – from hauntings and demonic possessions to sinister incarcerations and cannibalism...

I vaguely remember watching these in the 70s-80s but the one that really creeped me out was the one about the hand crawling.i don't remember if it was hammer,although they were the masters at that time.
12th Jan

Just checked on what I watched.it was Dr terrors house of horrors episode the hand
12th Jan
Bought them ..thanks!
12th Jan
Love this series, do de de do do do dee dee doo
12th Jan

god you've just reignited an old nightmare, no sleep for me tonight , thanks
12th Jan

Sapphire and Steele they should do a remake of that it was brilliant.
12th Jan
Oh, that theme tune!
12th Jan

One boy at school was allowed to stay up to watch this each week and told us all about it the next day. There was an episode called Charlie Boy with a cursed voodoo doll. I caught some of the repeats a few years back on the horror Channel. That would have given me nightmares as a kid.
12th Jan
4p cheaper on fleabay & triple nectar poins
12th Jan
These used to scar the out of me when I was a kid but loved them. They showed a double bill on a Friday night around 10ish I think in the 70's.
12th Jan
You lot still banging on about this...
12th Jan

same here, very scary stuff back in the 70s/80s as a child seeing this on ITV.
13th Jan

I remember they used to show a double bill of Hammer horror films on BB2 Friday or Saturday night, so not sure if you are confused with that.
13th Jan
Bought the DVD boxset off here a couple of years ago for £17 so this a great deal.
13th Jan

Love this series, do de de do do do dee dee doo

Isn't that 'tales of the unexpected'!? I think some people might be mixing the 2 up.
13th Jan

Wasn't there one called "the house that bled to death'? I can vaguely remember a kids party with pipes in the room where the party was smashed open and blood came out all over the kids at the party. 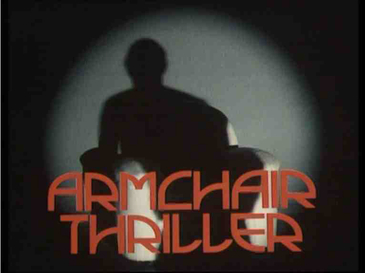 Edited by: "daz1969" 13th Jan
13th Jan
I've seen it's possible to get a fair few (if not all of them) on YouTube. So will try an episode out before comitting (having not watched before).Thanks OP.
13th Jan

Was it Armchair Thriller with the faceless Nun?....the blackness where her face should be used to scare the crap out of me. ..ps...my cousin played one of the kids at the party. She’s turned out quite normal after going through that.
13th Jan
Thank God they were shot on film so could be rescanned. Otherwise they would be unbearable
13th Jan 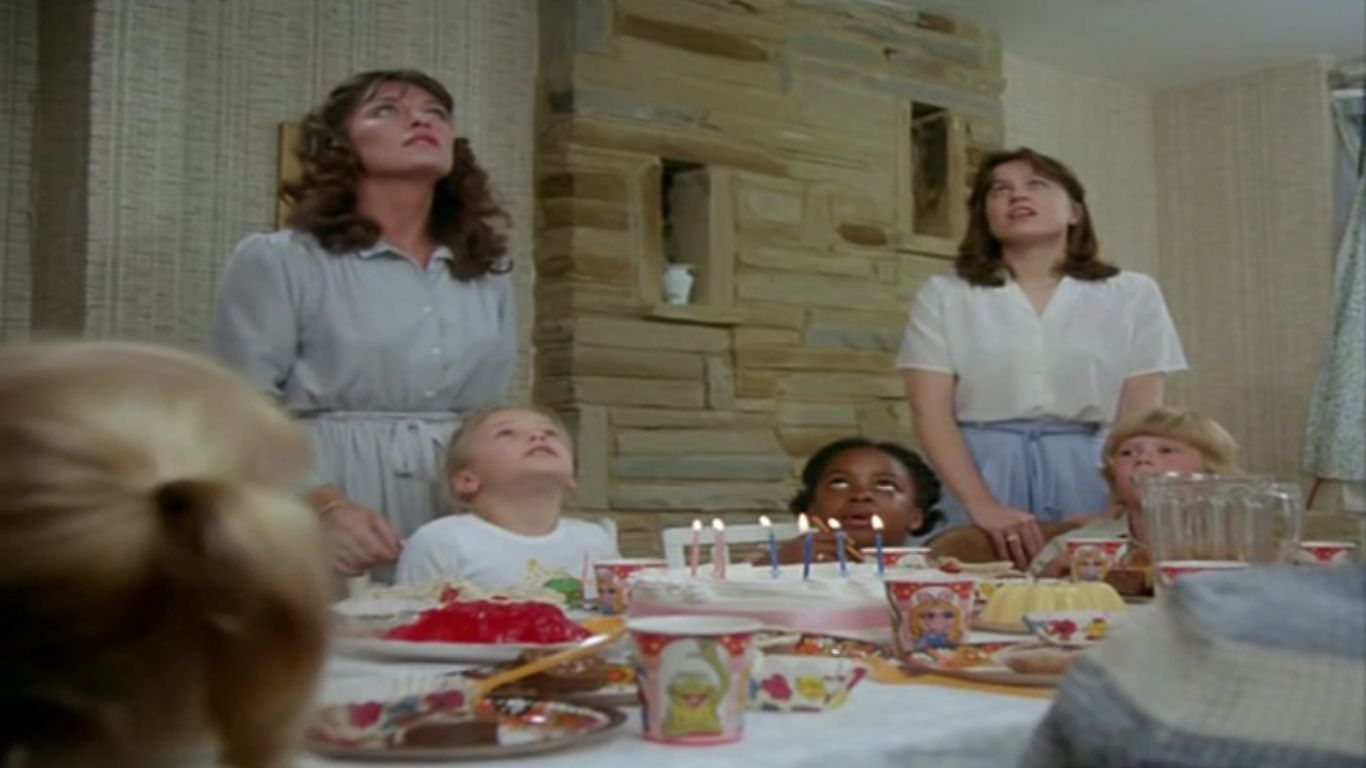 'The house that bled to death' was Hammer House of Horror - bet your cousin is still having nightmares!

Armchair Thriller was 'quiet as a nun'

They have just shown Armchair Thrillers 'a dogs ransom' on Talking Pictures TV but they failed to put 'armchair thriller' so you had to be lucky to find it. 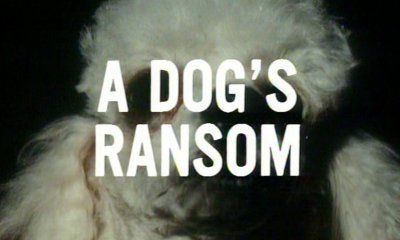 I don't think you are alone in that as that episode, The Two Faces of Evil, seems to be the one that stuck with everyone, with The House That Bled to Death a close second in the nightmare stakes.

I didn't realise there was a blu-ray release for this as the last I heard they couldn't locate the original negatives, so I guess they must have eventually turned up somewhere. I've got the original R1 DVD set but the picture quality isn't great to say the least so look like I'll have to upgrade to this set now.
13th Jan

Thanks for that. Just looked on YouTube and the whole episode is on there. I’ll see if I can watch it now without being scared stiff!!
13th Jan
remember this well as a kid, as others say its certainly scared me. Worse one I saw was this masked boxer and the kids hid in the changing rooms, and they saw him without his mask, that scared the hell out of me... I don't think it was Hammer Horror but I remember it for a long time.
13th Jan

You lot still banging on about this...

No idea what that means ive not seen this on here before.
13th Jan

No idea what that means ive not seen this on here before.

I think it's a joke.hammer.banging.
13th Jan

the opening titles to armchair thriller used to scare the bejesus out of me.
13th Jan 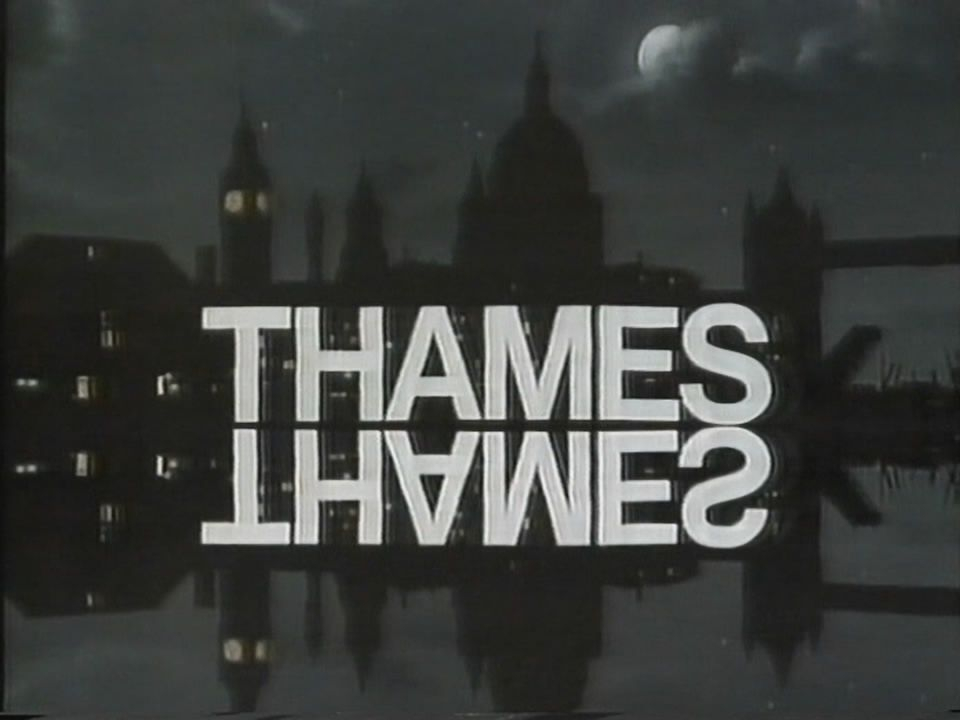 Used to love that but agree with you about the chair with the shadow.
13th Jan

I think it's a joke.hammer.banging.

It's early lol.
13th Jan
loved these back in the day usd to watch in bed on a friday night on black and white portable
i was born in 1971
always remember a film( dont think it was hammer though)
where a family were trappped in a house and couldnt get out
it had metal al the way around the house and a round circle with lightning through it kept appearing on the metali turned out it was a voodoo of a dolls house i think the film was called childs play (not the chuckie films )
that was hommer house of mystery and suspense series . not sure if its the same ones thats on the bluray here
13th Jan
19.90 now thanks for posting OP
13th Jan
No Amazon options available anymore, cheapest is £19.88 + £1.26 postage.
13th Jan

F@#k me, I forgot about that faceless man on S&S...scared teh bejesus out of me for weeks!!!
13th Jan

I think it's a joke.hammer.banging.