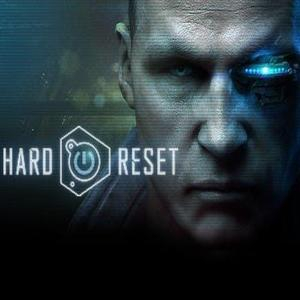 ABOUT THE GAMEOver-the-top destruction, loads of enemies & a beautifully realized cyberpunk setting. Hard Reset is here to shake up the shooter scene.

In the only remaining human city of Bezoar, Major Fletcher, an Army Combat Veteran and soldier of the CLN, is dragged into a conflict between two of mankind's greatest enemies. He is to discover that nothing is what it seems to be.

Hard Reset is an action-packed, single-player shooter for the PC. With over-the-top destruction, loads of enemies, great weapon variety and a beautifully realized cyberpunk setting, Hard Reset is sure to shake up the shooter scene.

Hard Reset: Extended Edition continues the original story. Follow Major Fletcher into the Barrens - dangerous lands beyond the last human city of Bezoar, where our hero will meet new foes and make new friends. Get ready for more machine madness!

PostTweetShare Share with WhatsApp Share with Messenger
Community Updates
Gamebillet Deals
If you click through or buy, retailers may pay hotukdeals some money, but this never affects which deals get posted. Find more info in our FAQs and About Us page.
New Comment Subscribe Save for later
3 Comments
4th Dec 2019
Feels dodgy when u can't use paypal. I'm Not trusting them websites to share my credit/bank card details :/
4th Dec 2019
Redux regularly around 99p would hold out for that version
4th Dec 2019

Redux regularly around 99p would hold out for that version

I've only played the Extended Edition, but I heard there were complaints that Hard Reset: Redux actually represented a graphics downgrade.

As far as I'm aware the main gameplay changes were that it's a bit easier in places, and you get a sword.