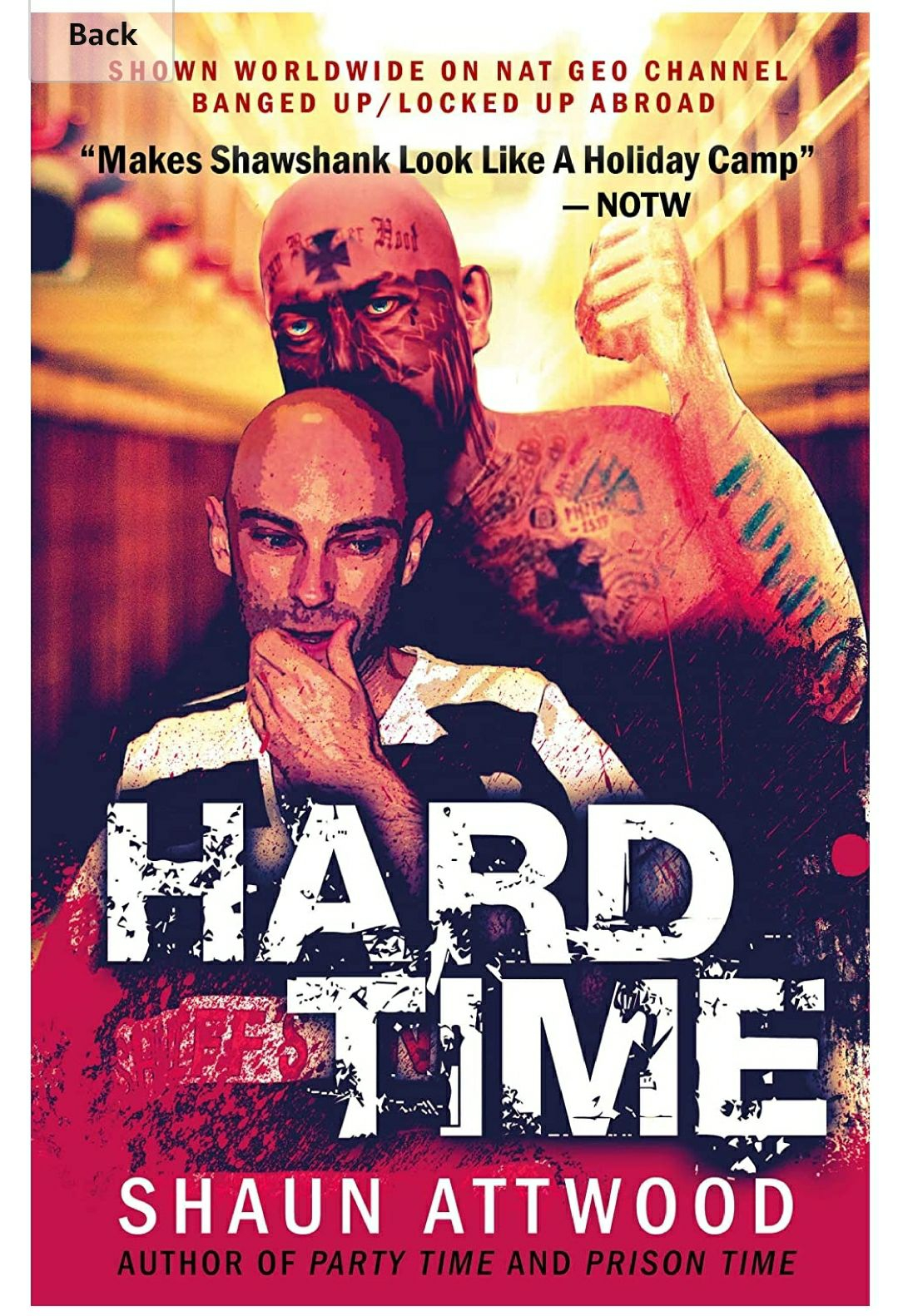 “Makes the Shawshank Redemption look like a holiday camp” – NOTW

After a SWAT team smashed down stock-market millionaire Shaun Attwood’s door, he found himself inside of Arizona’s deadliest jail and locked into a brutal struggle for survival.

Shaun’s hope of living the American Dream turned into a nightmare of violence and chaos, when he had a run-in with Sammy the Bull Gravano, an Italian Mafia mass murderer.

In jail, Shaun was forced to endure cockroaches crawling in his ears at night, dead rats in the food and the sound of skulls getting cracked against toilets. He meticulously documented the conditions and smuggled out his message.

Join Shaun on a harrowing voyage into the darkest recesses of human existence.

A searing indictment of the controversial penal tactics of Sheriff Joe Arpaio - who revels in the title of 'America's Toughest Sheriff' -- BBC News August 22, 2010

A tale of brutality and a lesson in behind-bars etiquette -- Manchester Evening News August 3, 2010

A gripping account of Attwood's time among lethal gangsters -- City AM July 22, 2010

Attwood's hair-raising and oddly hilarious account of his two years in the county jail is a reminder of the conditions that caused the deaths of numerous prisoners -- Phoenix New Times, August 26, 2010

Shaun moved to Arizona with only student credit cards and became a stock-market millionaire. He threw rave parties, distributed Ecstasy and a SWAT team smashed his door down. In jail, Shaun used a tiny pencil sharpened on the door to document the conditions: dead rats in the food, cockroaches crawling in his ears at night, gang murders and violence... His writing turned the international media spotlight on the jail. Upon his release from prison in the United States, Shaun Attwood returned to England, where he is now rebuilding his life. He regularly speaks to audiences of young people about the perils of drugs and the horrors of prison life.
PostTweetShare Share with WhatsApp Share with Messenger
Community Updates
Amazon DealsAmazon discount code
New Comment SubscribeSave for later
8 Comments
6th May
Superb read, part of a trilogy, excellent podcasts as well.
6th May

Superb read, part of a trilogy, excellent podcasts as well.

have i missed party time ?
6th May

have i missed party time ?

free on his website ASWELL
6th May
Heat
6th May
Sounds interesting
6th May
How do you go this kind of jail for selling ecstasy when this country you murder people in the street and go to Butlins with a ps4 to play all day in your own cell
6th May
Simple really, you don't go to Butlins with a PS4 in this country if you murder someone, you have over exaggerated the situation, most likely following a Sun headline.

Heat to the OP.
9th May
I met the guy who wrote this book he's story is incredible