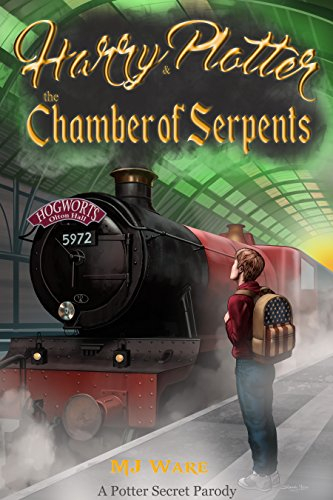 Harry Plotter and The Chamber of Serpents, A Potter Secret Parody - Free for Kindle @ Amazon

Austen comes to England knowing as an American he'll stick out at his new school. But when an errant owl lands him at Hogwarts he's in for more than he expected.

If it’s not hard enough being the only American at Hogwarts, Austen’s sorted into the most despised of all the houses. Then bumbling around the dungeon while trying to find his common room, he unwittingly helps the monster from the Chamber of Serpents. Will he discover the secret of the Chamber before he becomes another victim of He-Who-Must-Not-Be-Named?
PostTweetShare Share with WhatsApp Share with Messenger
Community Updates
Amazon DealsAmazon discount code
New Comment SubscribeSave for later
2 Comments
25th Jun
Quick, change the surname
25th Jun
Posted 25th may and still hot