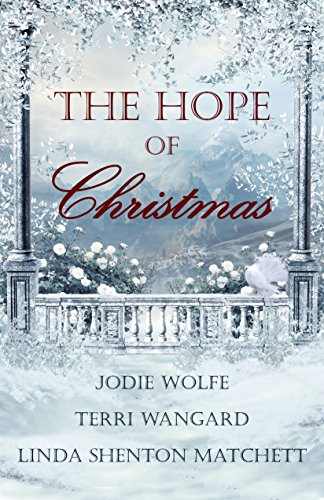 Picking a Bride for Paul

When Teddy Love’s neighbor and best friend breaks his leg, she pitches in to do whatever she can to help him on his farm. But when he enlists her aid in finding a wife, she comes to realize she has feelings for him.
Paul Baker follows his mother’s wishes by looking for a bride from the East who is refined and genteel, two qualities Teddy isn’t. When his potential bride arrives, he finds himself comparing her to Teddy. How can he go back and change things before he makes the biggest mistake of his life?

A destroyer escort is among the smallest of warships, but the USS Tabberer has the heart of a giant. A typhoon threatens the US Fleet in the Pacific during World War II, days before Christmas. The men of the Tabberer stand tall as they rush to the aid of their fellow sailors. For Seaman Jerry Collier, the typhoon prompts a greater awareness of what he wants in life. First, though, they have to survive.

A Dr. in the House

Emma O’Sullivan is one of the first female doctors to enlist after President Franklin Roosevelt signs the order allowing women in the Army and Navy medical corps. Within weeks, Emma is assigned to England to set up a convalescent hospital, and she leaves behind everything that is familiar. When the handsome widower of the requisitioned property claims she’s incompetent and tries to get her transferred, she must prove to her superiors she’s more than capable. But she’s soon drawn to the good-looking, grieving owner. Will she have to choose between her job and her heart?
Archibald “Archie” Heron is the last survivor of the Heron dynasty, his two older brothers having been lost at Dunkirk and Trondheim and his parents in the Blitz. After his wife is killed in a bombing raid while visiting Brighton, he begins to feel like a modern-day Job. To add insult to injury, the British government requisitions his country estate, Heron Hall, for the U.S. Army to use as a hospital. The last straw is when the hospital administrator turns out to be a fiery, ginger-haired American woman. She’s got to go. Or does she?