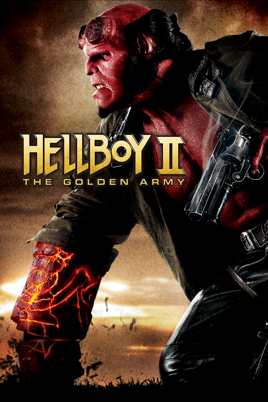 The fate of mankind hangs in the balance when a ruthless prince awakens an unstoppable army of creatures and wages war with the human world. It’s up to Hellboy and his team of paranormal outcasts to face off with the forces of darkness in the ultimate battle of good versus evil! Hellboy II: The Golden Army takes you into fantastical worlds with imaginative creatures and thrilling fight sequences unlike anything you’ve ever seen before!
PostTweetShare Share with WhatsApp Share with Messenger
Community Updates
ITunes Store DealsITunes Store voucher
If you click through or buy, retailers may pay hotukdeals some money, but this never affects which deals get posted. Find more info in our FAQs and About Us page.
New Comment Subscribe Save for later
3 Comments