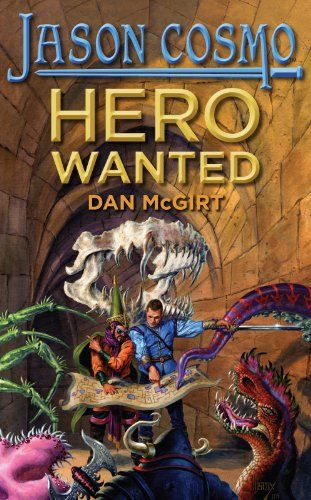 The simple woodcutter Jason Cosmo learns there is an enormous price on his head. Now every bounty hunter in the Eleven Kingdoms is on his trail. The Dark Magic Society want him dead. The Gods want him to save the world. Jason just wants to survive a quest he never asked for. His only ally is the renegade wizard Mercury Boltblaster - and Jason isn't sure about him.

HERO WANTED is book one of the Jason Cosmo comical fantasy adventure series, which has been compared to the work of Terry Pratchett* and Douglas Adams*.

*Not always favorably, mind you. But it is an honor to be mentioned in the same breath with either of these masters of fantastic comedy, parody and satire.
PostTweetShare Share with WhatsApp Share with Messenger
Community Updates
Amazon DealsAmazon discount code
New Comment SubscribeSave for later
1 Comment
10th Jun
Thanks