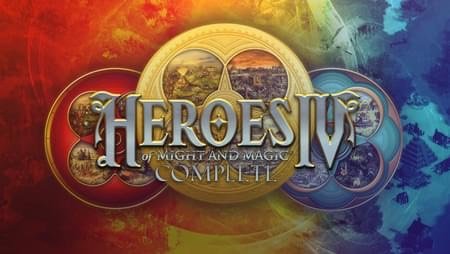 Description
Some prophecies of doom do come true. Escape the flames licking at your back and jump quickly through a portal into another world, for only the bold will be allowed to live. Embrace a wondrous new land and uncover its ancient mysteries. Battle its deadly creatures and explore a forgotten past. Here lie gods who have been silent all too long. Here lies a realm that can only be claimed by the strong, the crafty or the wise. Here lies a realm awaiting a bold conqueror!
Includes Heroes of Might and Magic 4 and its expansions: The Gathering Storm and Winds of War.
A lot of innovations in terms of gameplay, such as caravans or heroes participating in battles.
The last installment of the HoMM series developed by its original creators - New World Computing.
PostTweetShare Share with WhatsApp Share with Messenger
Community Updates
GOG.com Deals
If you click through or buy, retailers may pay hotukdeals some money, but this never affects which deals get posted. Find more info in our FAQs and About Us page.
New Comment Subscribe Save for later
1 Comment
25th Aug 2019
Good price, but ultimately was a disappointing step backwards in the series. Heroes 3 is still the best.