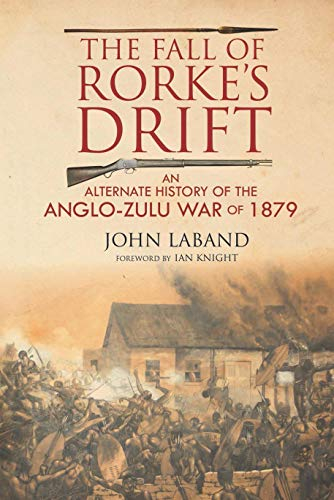 Historical Non Fiction - The Fall of Rorke's Drift: An Alternate History of the Anglo-Zulu War of 1879 Kindle Edition - Free @ Amazon

Book Is £12.23
It is January 1879, and the British Empire and the Zulu Kingdom are at war. Lord Carnarvon, Secretary of State for the Colonies, who had successfully brought about federation in Canada in 1867, had believed a similar scheme would work in South Africa. But such plans are rejected by Boer leaders. Lord Chelmsford leads a British military expeditionary force to enter the Zulu Kingdom uninvited. A bloody battle ensues on 22 January 1879 at Isandlwana. The Zulus are the unexpected victors.

After that brutal defeat, the British Army are at Rorke’s Drift on the Buffalo River in Natal Province, South Africa. A few hundred British and colonial troops led by Lieutenants John Chard of the Royal Engineers and Gonville Bromhead face the might of the Zulu army of thousands led by Prince Dabulamanzi kaMpande (CORR). Against the odds the British are victorious and this defeat marks the end of the Zulu nation’s dominance of the region.

The Defense of Rorke’s Drift would go down in history as an iconic British Empire Battle and inspired Victorian Britain. Eleven Victoria Crosses were awarded to military personnel. But what if the Zulus had defeated the British at Rorke’s Drift and invaded Natal?

In the first ever alternate history of the Anglo-Zulu War, historian John Laband asks that question. With his vast knowledge of the Anglo-Zulu War he turns history on its head and offers a tantalizing glimpse of a very different outcome weaving a compelling and never-before told story of what could have been.


JOHN LABAND is Professor Emeritus and Chair of History at Wilfrid
Laurier University, Canada, and is a Life Member of Clare Hall,
Cambridge University, England. His books include The Rise and Full of
the Zulu Nation (1997); The Atlas of the Later Zulu Wars (2002); The
Transvaal Rebellion: The First Boer War (2005); Kingdom in Crisis: the
Zulu Response to the British Invasion of 1879 (2007); the Historical
Dictionary of the Zulu Wars (2009) and Zulu Warriors: The Battle for the
South African Frontier (2014).
PostTweetShare Share with WhatsApp Share with Messenger
Community Updates
Amazon DealsAmazon discount code
New Comment Subscribe Save for later
14 Comments
22nd Jan
Thanks Boz..
22nd Jan
Thanks
22nd Jan
I LOVE alternate history.
Those who also do, try Harry Turtledove
He's went off the boil in the last 10 years but books like "Guns of the South" and the "World War" series.......wow
22nd Jan
Thanks again Boz
23rd Jan
cheers again Boz \o/
23rd Jan
"never-before told story of what could have been." Erm - surely this is fiction? Also is it based on the movie?
Heat added - thanks for sharing!
Edited by: "aLV426" 23rd Jan
23rd Jan
Not a fan of 'what ifs' but different.
23rd Jan
Thank you Boz Zulu is my all time favourite film, I would watch it again and again if I could ( His royal Highness won’t let me like I take much notice of him I think I will enjoy this book rather than my normal thrillers.
23rd Jan
Ta boz
Sounds more of a weighty intellectual tome than a novel.
24th Jan
cheers Boz...downloaded and will give it a go.
heat added
24th Jan