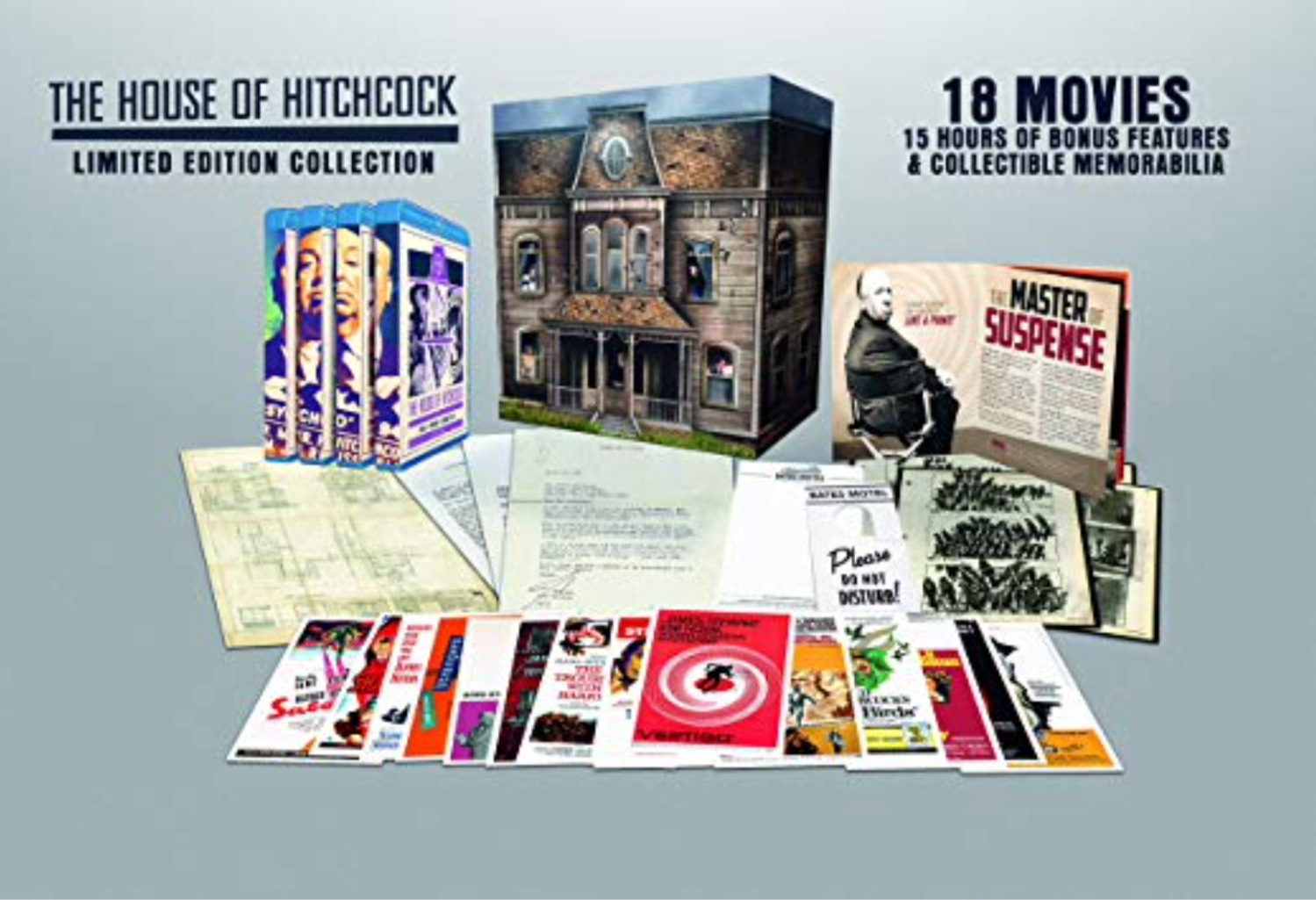 ‘The House of Hitchcock’ is the ultimate collector’s edition, presented in a deluxe box with an impressive lenticular front design. This is the most complete collection of Hitchcock films ever released in the UK, incorporating films from Universal Pictures, Paramount and Warner Bros. This box set contains:

Universally recognised as the Master of Suspense, the legendary Alfred Hitchcock directed some of cinema’s most thrilling and unforgettable classics. This box set includes:

PostTweetShare Share with WhatsApp Share with Messenger
Community Updates
Amazon DealsAmazon discount code
If you click through or buy, retailers may pay hotukdeals some money, but this never affects which deals get posted. Find more info in our FAQs and About Us page.
New Comment Subscribe Save for later
7 Comments
28th Nov 2019
£45 for the house....because the normal Blu-ray set on it's own is available for about £20.
28th Nov 2019

I know! You could have 4 copies of gremlins on 4k shipped from a foreign Amazon market place for that price eh ‌ ‌ ‌ ‌
28th Nov 2019

yeah except it isn't from marketplace, it's directly from Amazon Spain
28th Nov 2019

yeah except it isn't from marketplace, it's directly from Amazon Spain

Note that The Masterpiece Collection (£22.49 at Amazon) doesn't include Strangers On A Train, Dial M For Murder, To Catch A Thief or North By Northwest.
29th Nov 2019