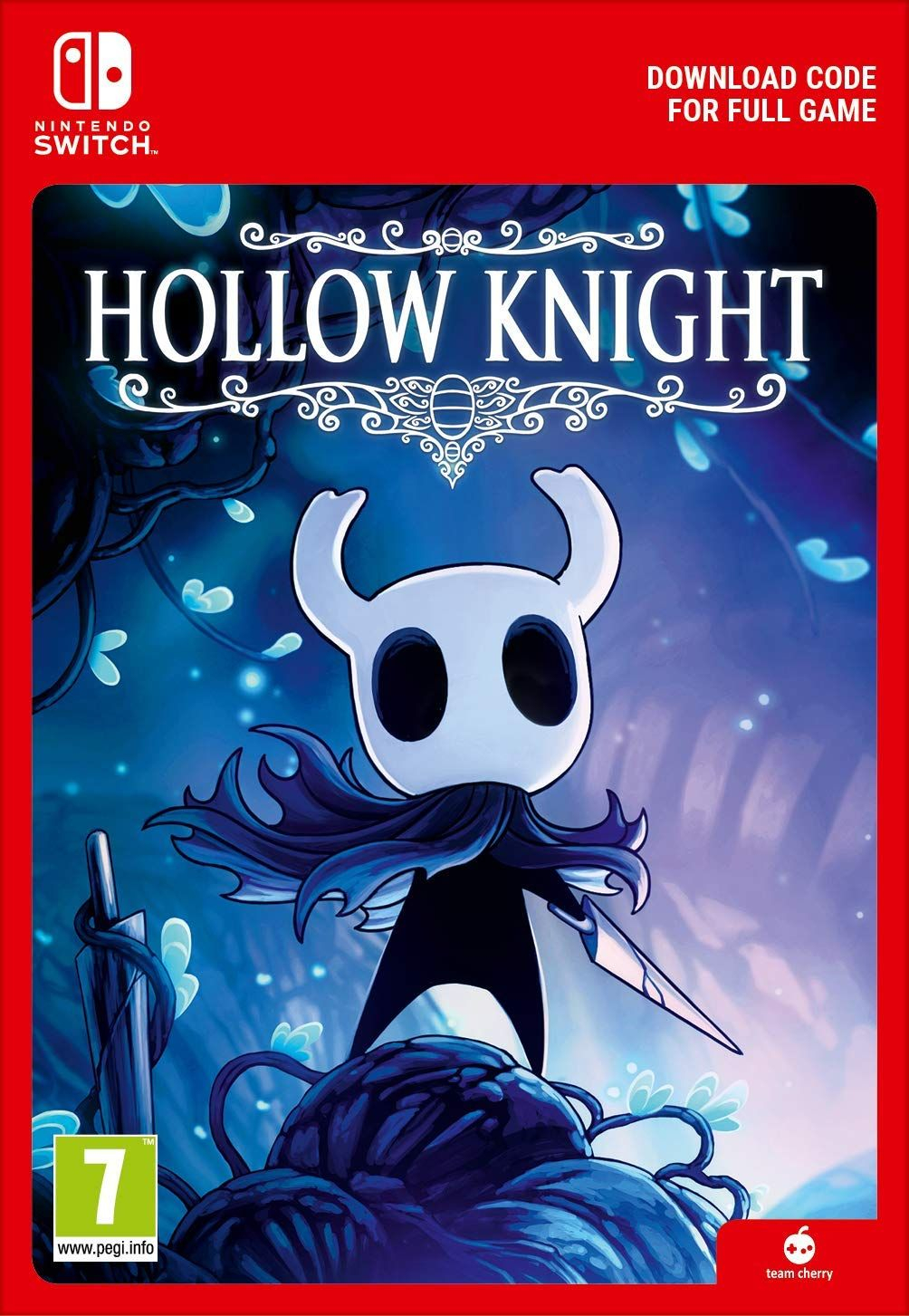 Explore a unique underground kingdom Buried far beneath the fading town of Dirtmouth sleeps Hallownest, a once-great civilisation now fallen to rack and ruin. Explorers and thieves are drawn below the surface in search of riches, glory and answers to old secrets, but amongst these plundered halls now roam tainted creatures and bizarre beasts, corrupted by a sweet, sickly poison that seeps through the soil.As the eponymous traveller Hollow Knight, journey deep down into the vast labyrinth of caves, corridors and ruined cities that make up this eerie, decaying dominion. Scattered throughout the soil lie towns and settlements home to a cast of weird and intriguing characters, while riddles and treasures guarded by vicious creatures await those who venture off the beaten path and investigate every creak and crevice.Fight ferocious foes If you’re looking to descend further into the darkness, then be prepared to defend yourself against hordes of corrupted creepy crawlies. Move nimbly to evade enemy attacks, dodge incoming projectiles, master wall jumps to claim the high ground, then take the offensive with your trusty sword and powerful abilities.Defeated enemies will leave behind Geo fossils that can be exchanged for new items and shortcuts as well as a mystical energy that can revitalise your weary body or be channelled into powerful new abilities. Should you be bested in battle, a shadow of your former self will remain where you once stood find it and defeat it to claim back your worldly riches.
PostTweetShare Share with WhatsApp Share with Messenger
Community Updates
CDKeys DealsCDKeys voucher codes
If you click through or buy, retailers may pay hotukdeals some money, but this never affects which deals get posted. Find more info in our FAQs and About Us page.
New Comment Subscribe Save for later
5 Comments

Often goes to around 2/3rd of this in eshop sales

And yet I'm still gonna vote Hot here cuz £10 for this game is still a steal.
30th Nov 2019
The first couple of hours of this game are slow going but once you get upgrades etc. it becomes brilliant. At the end I wished it had gone on for another 18 hours. A few imperfections but generally a great game.