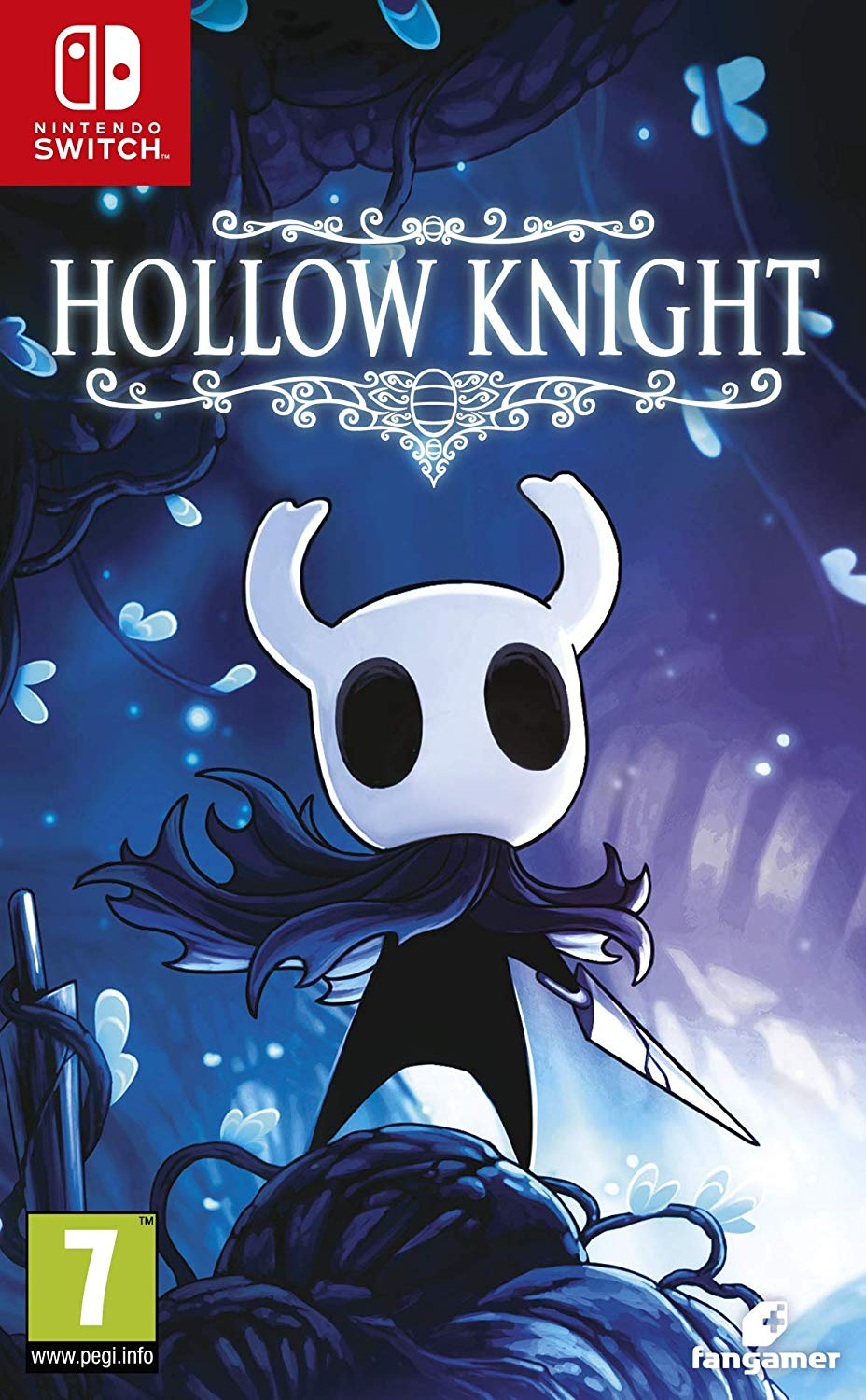 Venture down into a beautiful, ruined world of insects and heroes.

Classic side-scrolling action, with all the modern trimmings.
Tightly tuned 2D controls. Dodge, dash and slash your way through even the most deadly adversaries.
Explore a vast interconnected world of forgotten highways, overgrown wilds and ruined cities.
Forge your own path! The world of Hallownest is expansive and open. Choose which paths you take, which enemies you face and find your own way forward.
Evolve with powerful new skills and abilities! Gain spells, strength and speed. Leap to new heights on ethereal wings. Dash forward in a blazing flash. Blast foes with fiery Soul!
Equip Charms! Ancient relics that offer bizarre new powers and abilities. Choose your favourites and make your journey unique!
An enormous cast of cute and creepy characters all brought to life with traditional 2D frame-by-frame animation.
Over 140 enemies! 30 epic bosses! Face ferocious beasts and vanquish ancient knights on your quest through the kingdom. Track down every last twisted foe and add them to your Hunter’s Journal!
Leap into minds with the Dream Nail. Uncover a whole other side to the characters you meet and the enemies you face.
Beautiful painted landscapes, with extravagant parallax, give a unique sense of depth to a side-on world.
Chart your journey with extensive mapping tools. Buy compasses, quills, maps and pins to enhance your understanding of Hollow Knight’s many twisting landscapes.
A haunting, intimate score accompanies the player on their journey, composed by Christopher Larkin. The score echoes the majesty and sadness of a civilisation brought to ruin.
Complete Hollow Knight to unlock Steel Soul Mode, the ultimate challenge!
The physical edition of Hollow Knight includes all DLCs/expansions to the original game included in the disc/cartridge.

Includes two new optional boss encounters, two new songs in the soundtrack, a new fast-travel system, and a new Stag Station to discover. The content can be accessed at any point in the game, though it is advised to wait until the late game due to the difficulty.

•Reversable cover
•Game Manual
•Map of Hallownest
PostTweetShare Share with WhatsApp Share with Messenger
Community Updates
GAME DealsGAME discount code
If you click through or buy, retailers may pay hotukdeals some money, but this never affects which deals get posted. Find more info in our FAQs and About Us page.
New Comment Subscribe Save for later
6 Comments
29th Nov 2019
£17.99 at Smyths
29th Nov 2019
10.99 on nintendo site atm
29th Nov 2019

None in my area.