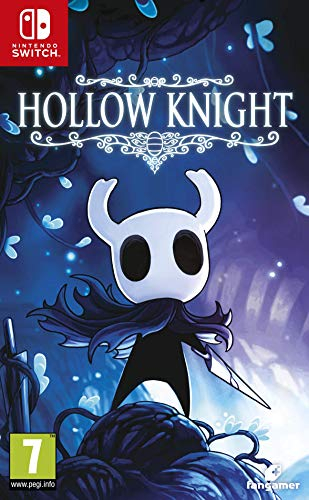 Game Features
• Classic side-scrolling action, with all the modern trimmings.
• Forge your own path! The world of Hallownest is expansive and open. Choose which paths you take, which enemies you face and find your own way forward.
• Evolve with powerful new skills and abilities! Gain spells, strength and speed. Leap to new heights on ethereal wings. Dash forward in a blazing flash. Blast foes with fiery Soul!
• Equip Charms! Ancient relics that offer bizarre new powers and abilities. Choose your favourites and make your journey unique!
• An enormous cast of cute and creepy characters all brought to life with traditional 2D frame-by-frame animation.
• Over 140 enemies! 30 epic bosses! Face ferocious beasts and vanquish ancient knights on your quest through the kingdom.
• Chart your journey with extensive mapping tools. Buy compasses, quills, maps and pins to enhance your understanding of Hollow Knight’s many twisting landscapes.
• A haunting, intimate score accompanies the player on their journey, composed by Christopher Larkin.
PostTweetShare Share with WhatsApp Share with Messenger
Community Updates
13 Comments
Post a comment