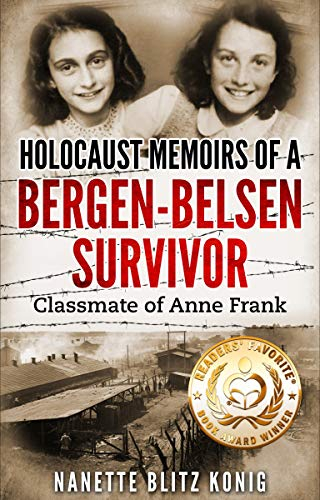 A well reviewed survivor story if you are interested in this genre.

Description
In these compelling, award-winning, Holocaust memoirs, Nanette Blitz Konig relates her amazing story of survival during the Second World War when she, together with her family and millions of other Jews, was imprisoned by the Nazis with a minimum chance of survival. Nanette (b. 1929) was a class mate of Anne Frank in the Jewish Lyceum of Amsterdam. They met again in the Bergen-Belsen concentration camp shortly before Anne died.

During these emotional encounters, Anne Frank told her how the Frank family hid in the annex, talked about their deportation, her experience in Auschwitz and about her plans for her diary after the war.