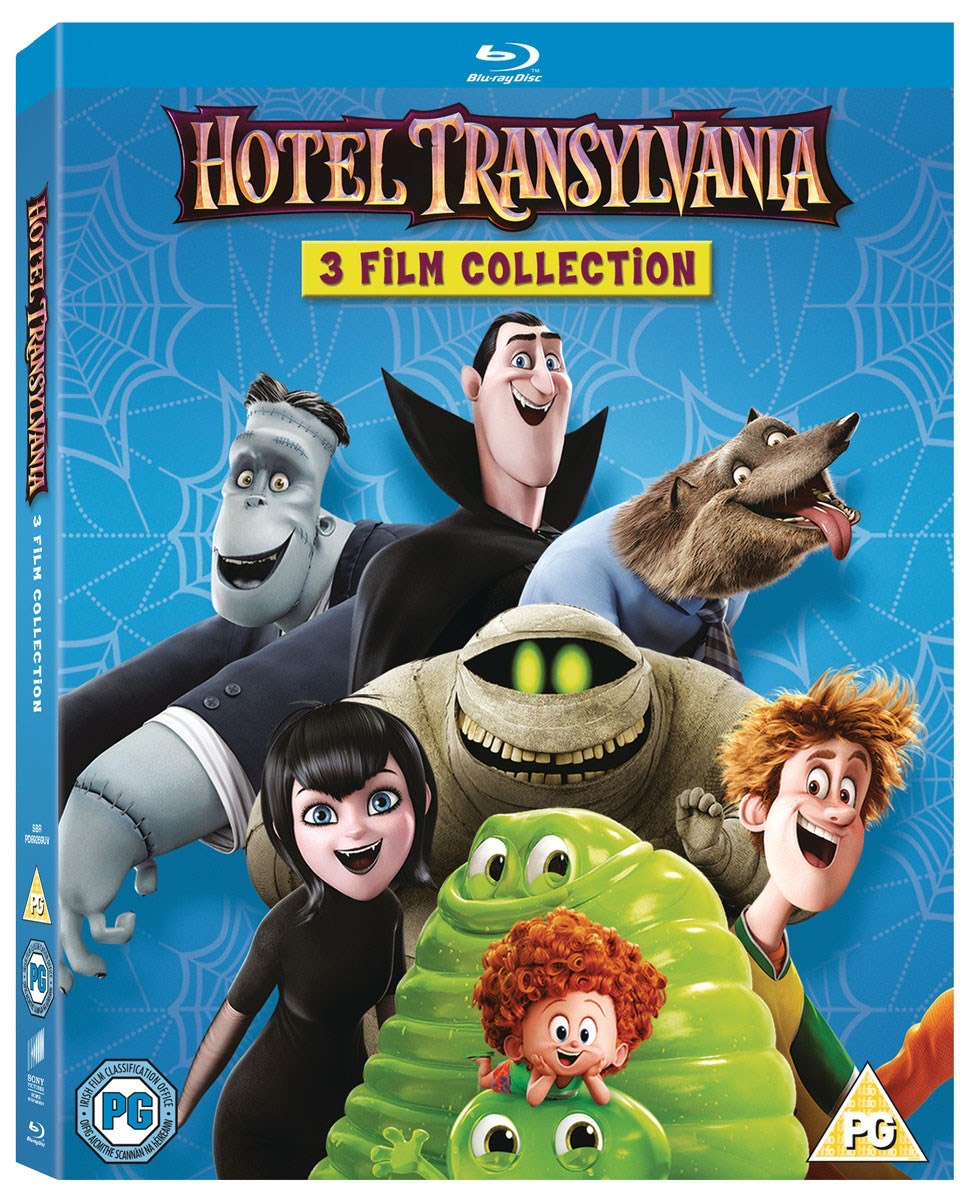 Animated family comedy about a ghoulish five-star resort for the world’s most famous monsters. Dracula (voiced by Adam Sandler) is the proprietor of Hotel Transylvania, a luxury hotel for monsters who need to relax and recover from their relentless persecution by human beings. To celebrate the 118th birthday of his daughter, Mavis (Selena Gomez), Dracula invites a roster of A-list monsters, including Frankenstein (Kevin James) and Murray the Mummy (Cee-Lo), to the hotel. But when 21-year-old human, Jonathan (Andy Samberg), turns up unexpectedly, Dracula must do all he can to prevent Mavis from falling in love with him.

Animated comedy sequel directed by Genndy Tartakovsky. As newly-weds Mavis (voice of Selena Gomez) and Jonathan (Andy Samberg) start their new life as a family with their baby boy, Mavis’s father, Count Dracula (Adam Sandler), decides to open the doors of his beloved Hotel Transylvania to human guests for the first time. After reluctantly accepting that his vampire daughter fell in love with a human, Dracula hoped that his grandson would be born with natural vampiric instincts but, as the child grows, his instincts become more and more human. Unwilling to accept that his grandson is disinclined to follow in his footsteps, Dracula enlists the help of his closest friends - and scariest monsters - to put Dennis through his paces in their very own monster boot camp.

In Sony Pictures Animation’s Hotel Transylvania 3, join our favourite monster family as they embark on a vacation on a luxury monster cruise ship so Drac can take a summer vacation from providing everyone else’s vacation at the hotel. It’s smooth sailing for Drac’s Pack as the monsters indulge in all of the shipboard fun the cruise has to offer, from monster volleyball to exotic excursions, and catching up on their moon tans. But the dream vacation turns into a nightmare when Mavis realizes Drac has fallen for the mysterious captain of the ship, Ericka, who hides a dangerous secret that could destroy all of monster-kind.
PostTweetShare Share with WhatsApp Share with Messenger
Community Updates
Zoom DealsZoom voucher codes
New Comment SubscribeSave for later
9 Comments
10th Apr
£5 for 3 films on blu ray. Yes the third one was a let down but first 2 films were good. Excellent if you have kids.
10th Apr
Scorching. Great find!
10th Apr
Waaaaa.

Third film had the scene with the DJ off with Jonny and Van Helsing. Macarana.
Kids love that as do I. ‌
10th Apr
Haven’t seen the third one! But kids love the first two! Heat from me
10th Apr
Love em all and so do the kids. Thanks for posting.
13th Apr
£4.49 with code TDLY10
13th Apr

Cheers mate, I was going to update the post but the code is not working for me! 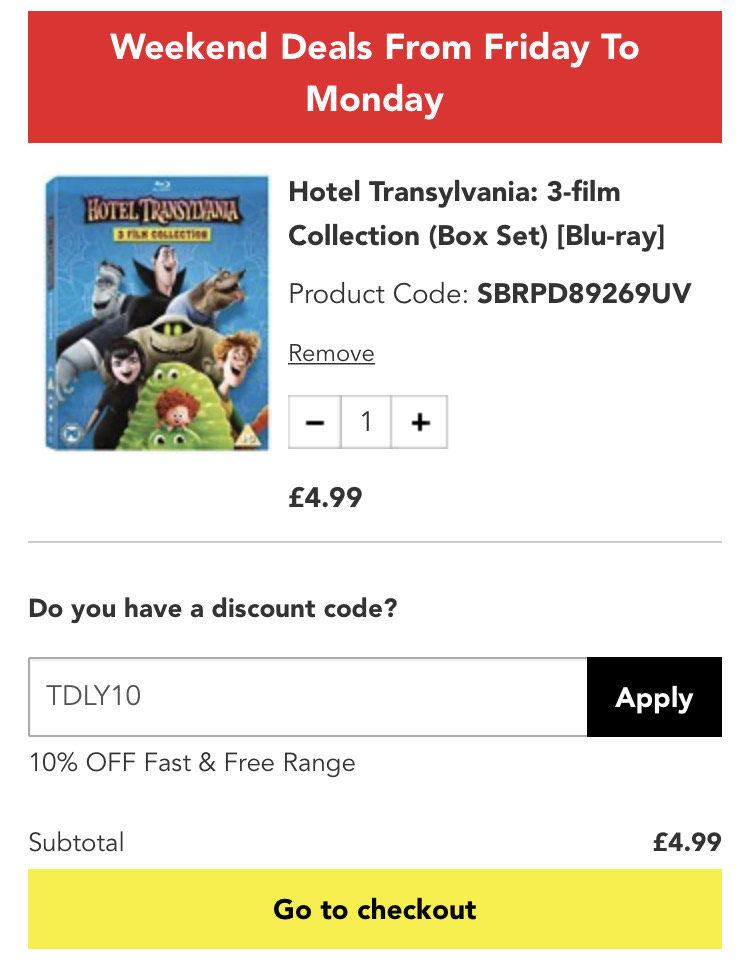 No worries, thank you anyway